The primaries to watch in the coming weeks

Israel policy is taking an outsized role in several upcoming primaries, amid significant spending from outside groups 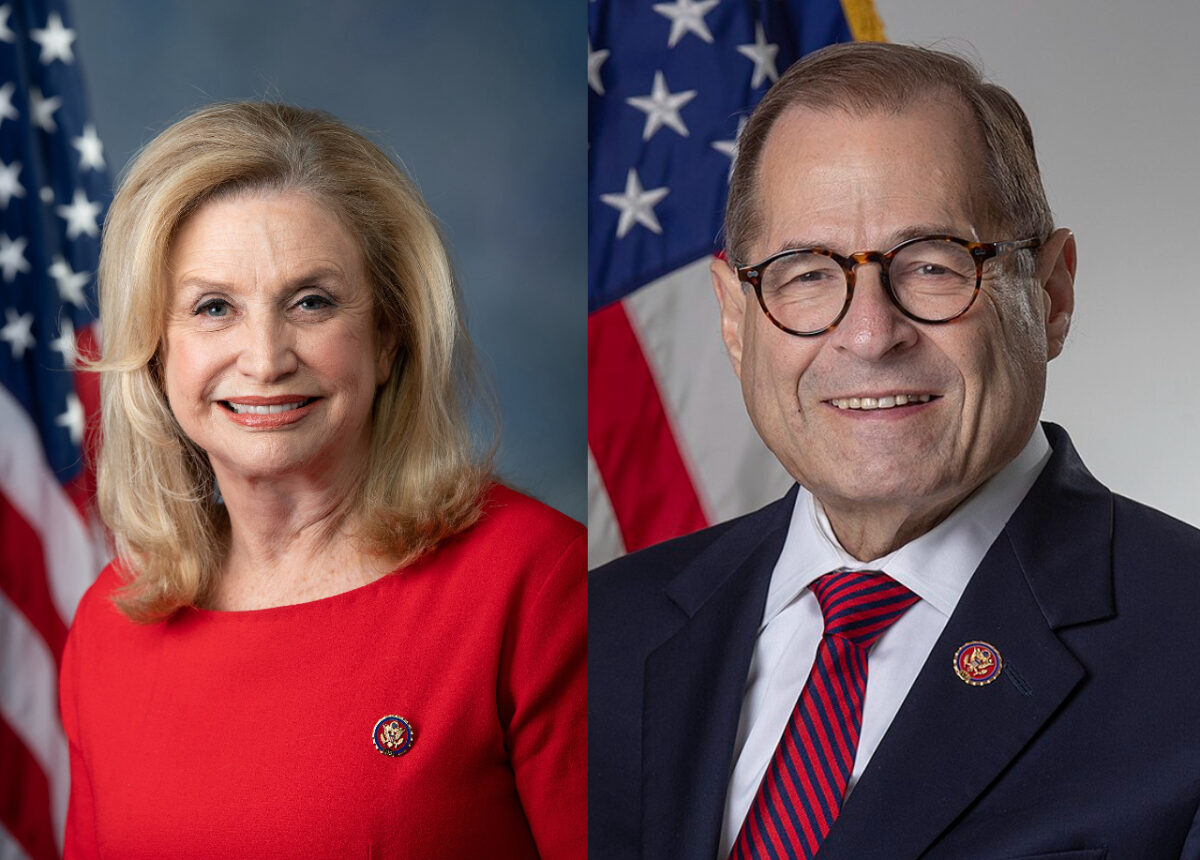 With some pro-Israel groups pouring significant amounts of money in numerous upcoming primary races, Middle East policy and other issues of interest to the Jewish community are taking on an outsized role in a number of upcoming races in the final weeks of a grueling primary season.

More than $12 million has been spent by outside groups opposing and supporting candidates in part due to their positions on U.S. aid to Israel, Washington’s relations in the region and the Biden administration’s efforts to rejoin the nuclear agreement with Iran.

Voters head to the polls on Tuesday in Maryland’s 4th Congressional District, where former Rep. Donna Edwards (D-MD) faces former state attorney Glenn Ivey. Edwards had a rocky relationship with the Jewish community during her time in Congress, due to votes that some saw as anti-Israel, and some in the pro-Israel community have marshaled forces to defeat her.

The AIPAC-affiliated super PAC United Democracy Project has bet big on Ivey, putting its largest spending to date in any individual race — $5.9 million — behind its efforts to boost the former state attorney and defeat Edwards. Democratic Majority For Israel has also spent $426,000 backing Ivey, who has been endorsed by Pro-Israel America and AIPAC. J Street has spent $728,000 backing Edwards and opposing Ivey.

UDP and DMFI’s efforts may be giving a boost to Ivey’s chances on Tuesday. A July 6 poll from a pro-Edwards group obtained by Jewish Insider showed Ivey up five percentage points over Edwards — 33% supporting Ivey and 28% backing Edwards —  a major turnaround from an internal Edwards poll in May that had her leading Ivey by 13 points.

In Michigan, the state’s Democratic primaries, set to take place on Aug. 2, have also become flashpoints for the pro-Israel community.

The sizable Jewish community in Michigan’s 11th Congressional District, located in the suburbs around Detroit, has found itself split between Rep. Haley Stevens (D-MI), who has taken more centrist pro-Israel positions, and Rep. Andy Levin (D-MI), who has taken a more critical stance of some Israeli policies, alienating prominent figures in the mainstream pro-Israel community.

That member-on-member primary has become deeply acrimonious and the district has also become another site of significant pro-Israel outside spending. UDP has spent $2.4 million boosting Stevens, while J Street has spent $728,000 attacking her. AIPAC’s PAC has also bundled $636,000 for Stevens this year, and she’s endorsed by PIA, DMFI and the Jewish Democratic Council of America.

Stevens has outraised Levin, closing out the second quarter with $4.7 million total raised and $1.8 million on hand. Levin trailed behind at $2.6 million raised, and has $1.1 million on hand.

The race is expected to be a nail-biter. Ed Sarpolus, a Michigan pollster, told JI that the race will depend on several factors, including whether Levin can hold onto his base in southeast Oakland County, and his ability to pull in female voters — who are expected to favor Stevens. He added that Levin’s age — he is 61 and Stevens is 39 — could potentially push some younger voters toward Stevens.

The race has been seen nationwide as a test of the state of pro-Israel politics in the Democratic Party. Interviews with local Jewish leaders and voters early in the primary indicated that moderate Jewish voters lean toward Stevens, who is not Jewish, while progressives have sided with Levin.

Both Ivey and Stevens have come under criticism by J Street and their respective opponents for the support they have received from AIPAC.

To the south, in Detroit itself, a crowded field of nine candidates is vying for an open seat in the 13th District, currently represented by Rep. Rashida Tlaib (D-MI), who is now running for a vacant seat in the state’s 12th District.

Pro-Israel groups are backing state Sen. Adam Hollier — who has emerged as a top candidate — in that race. UDP has spent $2.5 million in support of Hollier, who has also been endorsed by DMFI and AIPAC.

Tlaib, who is hoping to succeed outgoing Rep. Brenda Lawrence (D-MI), is also under fire from some pro-Israel groups, who see an opportunity to topple the two-term incumbent in her new district. PIA has endorsed one of her opponents, Detroit City Clerk Janice Winfrey, who has also benefited from a fundraiser hosted by major pro-Israel donors.

Another outside group, the Urban Empowerment Action PAC — self-described as a “broad coalition of Black and Jewish business, political and civic leaders” announced that it planned to spend $1 million to back Winfrey against Tlaib. The group made its first ad buy of $200,000 in the district on Friday. Bakari Sellers is working with the PAC.

In Michigan’s 10th Congressional District, Huwaida Arraf — a prominent Palestinian activist who has accused Israel of “genocide” and whose candidacy has alarmed the Jewish community in the Detroit area — faces ex-judge Carl Marlinga and an array of other candidates.

A poll conducted by Michigan polling firm Target Insyght for Marlinga’s campaign in late May showed Marlinga in first place with support from 40% of respondents, far ahead of the next closest opponent, who had 16% support. Arraf came in fourth place at 8%.

Marlinga trails Arraf in fundraising, having raised $250,000 to her $497,000. The Detroit Free Press endorsed Marlinga on Sunday.

Masters had trailed Brnovich and Lamon in polling prior to Trump’s early June endorsement, but has since jumped to first place. The Real Clear Politics polling average of three polls since early June shows Masters leading at 28%, with Brnovich and Lamon lagging behind at 18% and 15%, respectively.

Masters also leads the field in fundraising, having brought in $4.2 million total, with $1.6 million in the bank, followed by Brnovich with $3.1 million and $512K on hand and Lamon with $1 million raised and $2 million on hand (Lamon has given his campaign $14 million).

Masters’ campaign has been dogged by his past writings, in which he espoused a range of fringe views. The Peter Thiel protege criticized U.S. involvement in World War I, approvingly quoted Nazi leader Hermann Goering and linked the U.S.’s entry into WWI to the “houses of Morgan and Rothschild” — the latter being a Jewish banking family at the center of a range of antisemitic conspiracy theories.

In one post, Masters also quoted prolific conspiracy theorist G. Edward Griffin, who promoted the Protocols of the Elders of Zion — a fabricated document describing a Jewish plan for world domination — as a largely accurate description of world events.

In other writings unearthed by JI, Masters also advocated for “unrestricted” immigration and praised drug traffickers as “heroes,” positions diametrically opposed to ones he now holds.

A poll released last week by progressive firm Data for Progress showed New York City Councilmember Carlina Rivera at the top of the 13-candidate field with 17%, with Niou in second with 14%, former House impeachment counsel Dan Goldman at 12% and former Rep. Elizabeth Holtzman at 9%.

Biaggi has sought to distance herself from these endorsers’ views, emphasizing that she supports Israel “not despite being a progressive, but because I am progressive.” In a recent JI interview, Maloney accused Biaggi of “play[ing] footsie with people who would support BDS or undermine the security of Israel.”

Biaggi is at a substantial fundraising disadvantage, having brought in $670,000 to Maloney’s $3.4 million.

Representing the Bronx and Westchester, Rep. Jamaal Bowman (D-NY), who faced significant criticism from his one-time allies in the Democratic Socialists of America for traveling to Israel with J Street and voting in favor of Iron Dome funding, pulled his support for the Israel Relations Normalization Act earlier this year. That move has prompted significant consternation among the district’s Jewish population. Bowman has been endorsed by J Street.

On the Upper East and West sides of Manhattan, redistricting has pitted against each other two veteran New York members of Congress, Reps. Carolyn Maloney (D-NY) and Jerry Nadler (D-NY), both of whom have long track records with the Jewish community. Former Obama aide Suraj Patel is mounting his third bid for Congress, hoping that Maloney and Nadler will split the vote, giving him a path to victory.

While in step on many issues, Maloney has tacked more to the center, including opposing the 2015 nuclear agreement with Iran, which Nadler supported. J Street has endorsed Nadler, while Pro-Israel America has endorsed Maloney. DMFI had endorsed Maloney prior to the state’s redistricting and Nadler’s announcement that he planned to run in the same district. AIPAC and JDCA endorsed both incumbents.

Should Nadler lose, New York City could also find itself without a Jewish House member for the first time in more than a century.