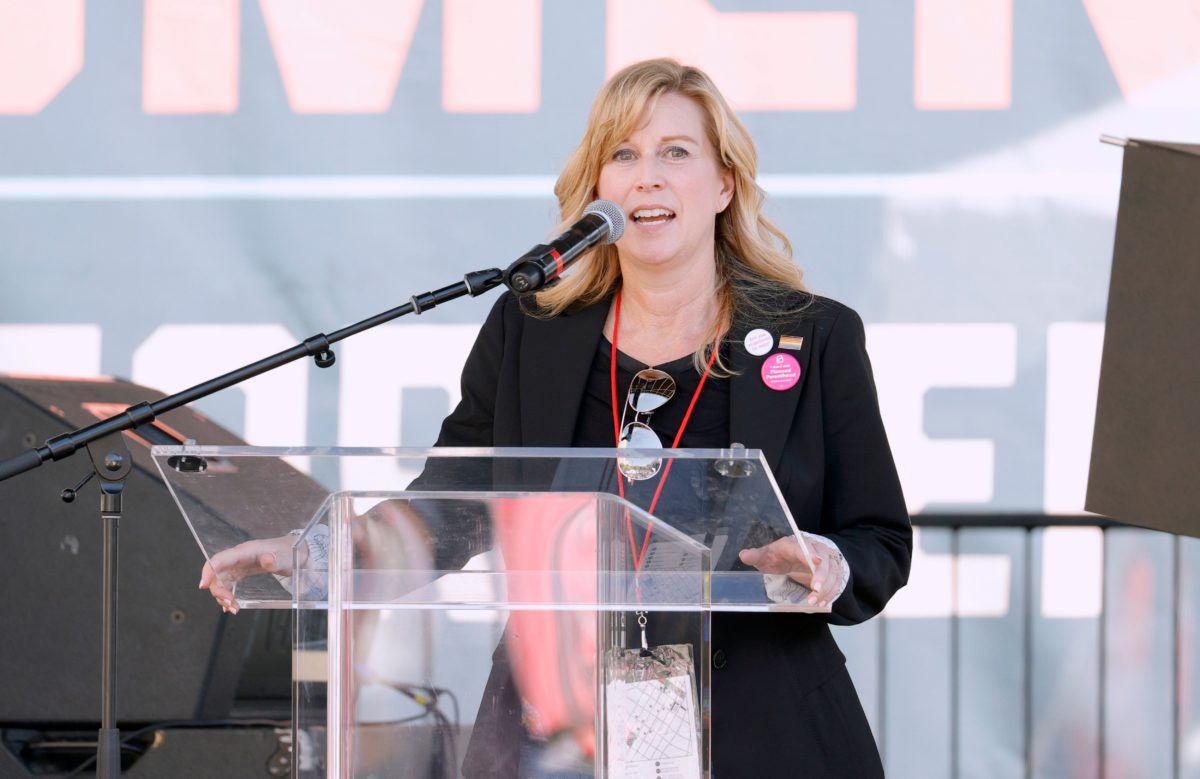 The political action committee of Democratic Majority for Israel will announce seven new House endorsements on Wednesday, according to a spokesperson.

The pro-Israel advocacy group is also throwing its weight behind Christy Smith, a former California state assemblywoman who is one of three Democrats challenging Rep. Mike Garcia (R-CA) in the hotly contested jungle primary in California’s 27th District.

“Each of these distinguished leaders has demonstrated their willingness to fight for the Biden-Harris agenda, including a strong U.S.-Israel relationship,” Mark Mellman, the president of DMFI PAC, said in a statement to Jewish Insider on Tuesday.

Primary elections in California and Montana will be held next Tuesday, while Michigan’s primary is scheduled for the beginning of August.

A spokesperson for DMFI PAC, which has spent heavily in a number of recent primaries, said the group will be launching independent expenditures in some of the races but declined to elaborate further.

While most of the seats are solidly blue, Smith’s race is rated a toss-up by the nonpartisan Cook Political Report. The former state legislator is now mounting her third challenge against Garcia, following a narrow loss in a special election in 2020 and another defeat six months later in a regularly scheduled November matchup.

Garcia is backed by a new PAC launched by the bipartisan pro-Israel lobbying group AIPAC, which has faced criticism for endorsing more than 100 Republican incumbents who voted against certifying the 2020 presidential election results.

In the statement shared with JI, DMFI PAC described Garcia as an “insurrection-supporting Republican,” alluding to his vote to overturn the election results in January 2021.

The Smith-Garcia showdown sets up a possible clash between two powerful pro-Israel groups, even as DMFI and AIPAC have, so far, been aligned in several high-profile primaries where each group has invested significant resources, including in Cleveland and Pittsburgh.

In Michigan, Hollier is seeking to fill the seat that is soon to be vacated by Rep. Rashida Tlaib (D-MI), who is now running in the neighboring 12th District.

Hollier is jockeying for the nomination in a crowded field of Democratic contenders, including John Conyers III, whose late father previously represented the parts of the district for more than 50 years until his resignation in 2017, and Shri Thanedar, an entrepreneur and state representative who unsuccessfully ran for governor in 2018.

Last May, Thanedar co-sponsored a resolution in the Michigan Statehouse criticizing Israel’s “apartheid-style policies” while urging Congress “to enact policies that halt United States funding of the Israeli military and encourage the end of the longest military occupation in the world.”

Thanedar has loaned his campaign more than $5 million, according to the most recent filings for the Federal Election Commission.

DMFI PAC released its first round of primary endorsements in January. Last month, the group endorsed John Fetterman, the lieutenant governor of Pennsylvania who recently won the Democratic nomination for Senate.

“With today’s endorsements, DMFI PAC will have endorsed more than 55 well-qualified, diverse, pro- Israel Democratic candidates for House and Senate,” Mellman told JI, “who know well that being pro-Israel is both wise policy and good politics.”