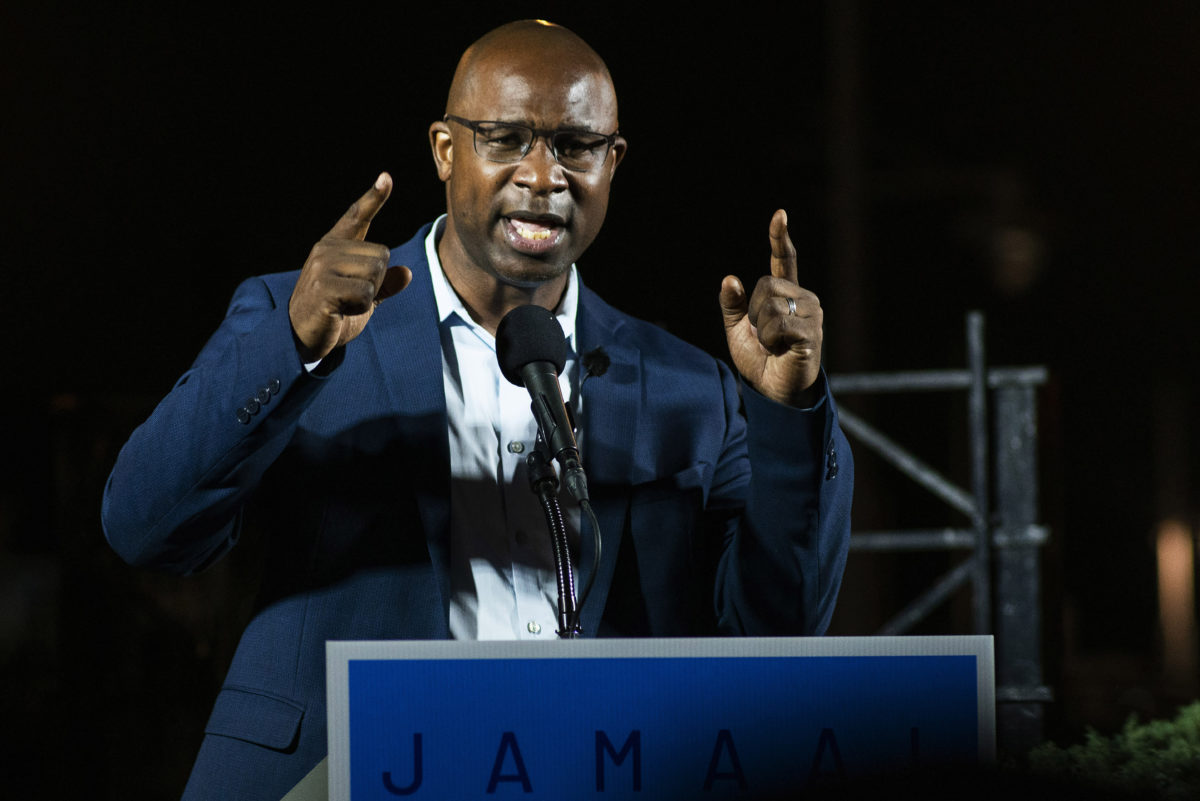 Rep. Jamaal Bowman (D-NY) plans to withdraw his support for and vote against bipartisan legislation aimed at strengthening and expanding the Abraham Accords, the congressman announced in a letter sent to constituents on Tuesday evening and obtained by Jewish Insider.

The Israel Relations Normalization Act has 328 House cosponsors, not including Bowman — 162 Democrats and 166 Republicans — and 72 in the Senate. The Abraham Accords, originally signed in September 2020, normalized relations between Israel, the United Arab Emirates and Bahrain, with Morocco and Sudan joining later. Bowman signed onto the bill in September 2021, following its introduction in April.

Bowman traveled to Israel and the Palestinian territories in late 2021 on a J Street-sponsored trip, meeting with both Israeli and Palestinian leadership. He explained in the letter that the trip contributed to his decision to pull his support of the bill.

“On this visit, I continued to dig deep and engage people directly on the ground, including high level Palestinian and Israeli government officials,” Bowman wrote in the letter. “While I originally co-sponsored the Israel Relations Normalization Act seeing it as an opportunity to make progress toward justice and healing in the Middle East as well as a path to a two state solution, my experience on the ground and further conversation with constituents led me to see that it is not the right step to fulfill these goals.”

Bowman added that he “became aware” that, in connection with the Abraham Accords, the U.S. agreed to recognize Moroccan sovereignty over Western Sahara and discuss the sale of advanced weaponry, including F-35 fighter jets, to the United Arab Emirates. The F-35 deal is currently on hold.

“In the end, it is my estimation that these actions will only escalate violence in the Middle East and make already vulnerable communities less safe,” Bowman said. “This agreement to normalize relations unhelpfully isolates Palestine and Western Sahara when what we need is a process that engages them.”

Marcus Frias, a spokesperson for Bowman, added in a statement to JI that the congressman “takes the thoughts and suggestions of his constituents very seriously and values their engagement with the legislative process.”

Bowman’s Israel trip, in addition to his vote in favor of $1 billion in supplemental funding for Israel’s Iron Dome missile-defense system last September, raised the ire of some on the far left. The Democratic Socialists of America announced in December that it would not endorse Bowman in the 2022 midterms, following calls from some in the organization to expel him.

By contrast, some Jewish leaders in Bowman’s district had been encouraged by the congressman’s recent House vote as well as his visit to Israel, but his latest move seems to have erased much of that goodwill.

On Tuesday evening, a group of local rabbis expressed their dismay over Bowman’s reversal in a joint letter shared with JI. “Throughout 2021, culminating in a meeting in September, a number of the undersigned met with Rep. Bowman and his chief of staff to encourage his support for the Israel Relations Normalization Act,” the rabbis wrote. “We were pleased with the consideration given to the issue and felt encouraged by Rep. Bowman’s commitment to learning more about the complex dynamics of the Middle East. We were further heartened by the Congressman’s visit to Israel and the West Bank in November 2021.”

“With these commitments and conversations as background, Rep. Bowman’s reversal on normalization is especially surprising and disappointing,” the authors added. “His withdrawal of support for this important piece of legislation, which is poised to improve Mideast stability, economic opportunity, and which will disincentivize some of the region’s most egregious sponsors of terror, is lamentable, and will surely be received with bewilderment and disapproval by many voters in Rep. Bowman’s district.”

The letter was signed by Rabbi Jonathan E. Blake of the Westchester Reform Temple; Rabbi Howard Goldsmith of Congregation Emanu-El of Westchester, who is president of the Westchester Board of Rabbis; Rabbi Daniel Gropper of the Community Synagogue of Rye; Rabbi Steven Exler of the Hebrew Institute of Riverdale – The Bayit; and Rabbi Binyamin Krauss of SAR Academy, a Modern Orthodox day school in Riverdale.

“We remain committed to our ongoing dialogue with Rep. Bowman and his staff and urge him to reconsider this turnaround on an important policy matter,” the rabbis said.

In an interview with JI, Krauss, who said he has appreciated Bowman’s engagement on Israel issues during the congressman’s first year in office, reiterated that commitment. “I hope we can have conversations which will either change his mind or give us some clarity on this,” he said, “but right now it’s just disappointing.”

Harry Feder, a former president of the Riverdale Jewish Center who lives in Bowman’s district, told JI that he was not surprised by the congressman’s about-face.

“How can you trust somebody who changes his mind and goes with the winds? It’s a problem,” said Feder, who has previously been critical of Bowman’s approach to Middle East foreign policy matters, which includes support for conditioning U.S. military assistance to Israel. “His true colors are coming out. I hope it has a negative impact in his new district.”

Bowman, who currently represents portions of the Bronx and Westchester County, is poised to pick up new territory in Westchester as well as Putnam County following the codification of a new redistricting plan signed into law by New York Gov. Kathy Hochul earlier this month that will go into effect for the June 28 congressional primary elections. He will no longer represent the heavily Jewish neighborhood of Riverdale, which will be added to New York’s 15th District, currently represented by Rep. Ritchie Torres (D-NY).

A Democratic strategist in New York City who is familiar with Bowman’s district said the congressman had been “walking a fine line on Israel” as the pro-Israel Democratic primary voters most likely to approve of his Middle East foreign policy positions were in Riverdale.

“There used to be three kinds of pro-Israel voters in his district: the ones he could get, the ones he can never get and the ones who don’t vote in the Democratic primary,” the strategist told JI. “Moving forward, the first group isn’t in his district anymore.”

In an email to supporters on Tuesday, Jewish Voice for Peace, which opposes the legislation, said that the normalization agreements were a cover for “weapons sales,” “political favors between authoritarian regimes” and Israeli “apartheid [and] ethnic cleansing.”

The bill has not yet been scheduled for a vote on the House floor, but it passed the House Foreign Affairs Committee with bipartisan support in October. Bowman will not be able to formally withdraw his sponsorship until the House returns at the end of February.

J Street, which supports the normalization bill and has endorsed Bowman, did not immediately respond to a request for comment.

The group’s president, Jeremy Ben-Ami, expressed support for Bowman in an interview with JI in early February.

“When it comes to Israel, [Bowman] is under assault from the left, and yet people lump him in” with legislators who are more critical of Israel, Ben-Ami said, adding that Bowman is “fundamentally supportive of the State of Israel” and “that type of candidate needs to be encouraged, not attacked.”

Rep. Brad Schneider (D-IL), the bill’s lead sponsor, did not respond to a request for comment.