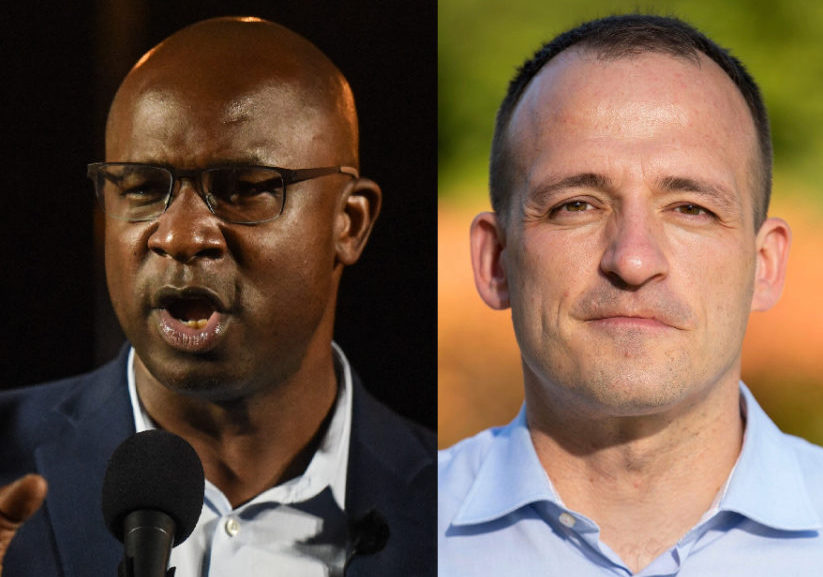 Vedat Gashi, a Democrat who is challenging Rep. Jamaal Bowman (D-NY) in New York’s June primary, told Jewish Insider on Tuesday that he has raised nearly $470,000 in “less than a month,” an announcement that comes in advance of the first-quarter filing deadline on Friday.

“This is a good start,” Gashi, 43, said in a phone interview. “This is the sort of effort we’re hoping to put in throughout.”

Gashi, a real estate attorney and Westchester County legislator in Yorktown, has cast himself as a moderate alternative to Bowman, a well-known progressive and Squad member.

In recent weeks, Gashi has criticized, among other things, Bowman’s vote against the bipartisan infrastructure package as well as the freshman congressman’s opposition to legislation that would strengthen the Abraham Accords, which angered some Jewish voters in Bowman’s 16th Congressional District.

Gashi filed to run in February following the approval of a new House map that drew his residence into the district, the updated boundaries of which now extend further north from the Bronx into Westchester and Putnam counties.

Gashi announced his campaign in an interview with JI at the beginning of March.

While the new map is now facing a Republican-led court challenge, Gashi said he was undaunted by the lawsuit and would remain in the race regardless of the outcome. “Whatever the lines are,” he told JI, “we’ve put together a considerable effort so far and we’re not about to abandon it.”

Gashi, who has drawn support from local Democratic leaders in Westchester, among others, is the only challenger in the race, where Bowman is seeking a second term after defeating former longtime Rep. Eliot Engel (D-NY) in an upset last cycle.

Two other Democrats, Manuel Casanova and Michael Gerald, had also been competing for the seat until last month, when both candidates pulled out of the race, effectively clearing the field for Gashi.

Even as Gashi has gained some traction, the Westchester Democrat still faces steep odds as he prepares to go up against a powerful incumbent who has largely consolidated support from the activist left as well as establishment Democrats like Senate Majority Leader Chuck Schumer (D-NY) and House Speaker Nancy Pelosi (D-CA).

In March, Pelosi appeared alongside Bowman at a town hall event in the Bronx to tout the one-year anniversary of the $1.9 trillion stimulus package known as the American Rescue Plan.

Still, thanks to the new congressional map, experts have suggested that Gashi could benefit from a voting population that includes new and more moderately aligned voters in the district’s northern region.

Last month, a group of Jewish voters in the district published a full-page ad in the Scarsdale Inquirer, expressing their “concern” over Bowman’s decision to withdraw his support for the Israel Normalization Relations Act, which he had previously co-sponsored.

The authors said that “voters do not understand” Bowman’s “abrupt retraction,” noting that they “would register their disappointment at the polls.”

Gashi has expressed his support for the legislation, which seeks to build on the series of diplomatic agreements, known as the Abraham Accords, that normalized relations between Israel and a number of Arab nations.

Bowman, who has yet to report his first-quarter fundraising numbers, has raked in approximately $825,000 since the beginning of 2021. He began the new year with nearly $310,000 on hand, according to the most recent filings from the FEC.

Malia Blake, a spokesperson for the Bowman campaign, declined to provide the latest total before the filing deadline on Friday. “We are going to wait for now on reporting,” she said in a text message to JI.

With more than two months remaining until the primary, Gashi said his growing war chest suggests that voters are eager for new leadership.

“I think it underscores how ready we are for real change and real representation,” he told JI.