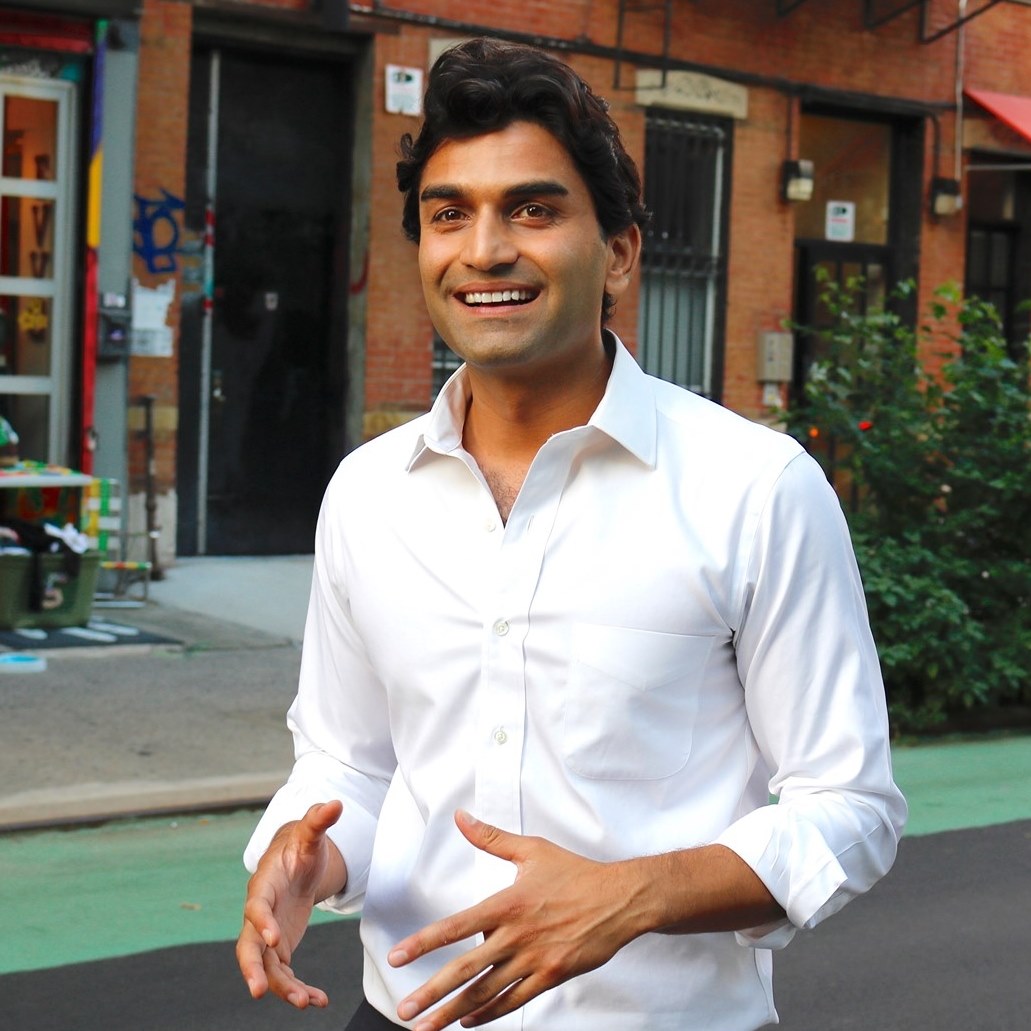 Suraj Patel, an attorney and former Obama administration staffer, said on Monday that he is seeking a rematch with Rep. Carolyn Maloney (D-NY) in the crowded Democratic primary for New York’s redrawn 12th Congressional District.

“I’m incredibly excited,” Patel said in an interview with Jewish Insider. “This is a new decade, it’s a new district and we’ve got new challenges. We have a generational problem in the Democratic Party, and, I think, coming out of COVID after two years, people are hungry for leaders who proactively develop 21st-century solutions to 21st-century problems.”

The 38-year-old Democrat, who works as an adjunct professor at New York University’s Stern School of Business, cast himself as a “pragmatic progressive” who is “pro-growth, pro-science and pro-democracy.”

Last cycle, Patel came within just four points of claiming victory over Maloney in a closely watched four-way primary contest. He performed particularly well in left-leaning enclaves of Brooklyn and Queens, which now represent a smaller share of the district after a new redistricting plan designed by Democratic state legislators was signed into law by Gov. Kathy Hochul earlier this month.

Maloney had reportedly proposed that the updated map be drawn to shed voters in those neighborhoods, including Williamsburg and Astoria. The new district, according to some observers, is the result of partisan gerrymandering.

The 12th District, whose geographical core includes Manhattan’s Upper East Side, now takes in portions of the borough’s Upper West Side that had previously belonged to Rep. Jerry Nadler (D-NY).

Patel, who attacked the new map in a campaign ad released on Monday, expressed confidence that his message would resonate with voters across the district. “I’m feeling very good about redistricting,” he told JI. “I think that the communities that were added in here are not going to take kindly to being ripped apart and gerrymandered simply to ensure someone’s incumbency.”

“I also know that these areas are full of people who are pragmatic progressives who are closer to me in positioning, I think, than they are to Rep. Maloney,” Patel added. “I’m looking forward to campaigning in those places and introducing myself to voters.”

Patel described Nadler as “an old-school liberal progressive” with whom he shares a number of “viewpoints.”

“When it came to the Iraq War,” Patel said by way of example, “Nadler voted against it and showed the right judgement.” Maloney, he added, “voted for it.”

Maloney, who turns 76 on Saturday, is seeking a 16th term in the June 28 primary, where she is expected to face at least four other challengers in addition to Patel.

Brad Hoylman, a New York State senator who lives in the West Village and ran for Manhattan borough president last year, is also rumored to be mulling a bid. He did not respond to a text message from JI seeking comment about a potential challenge.

In a recent interview with JI, Maloney said she was unfazed by her opponents. “I’ve never lost an election in my entire life, even in high school,” she said. “I don’t intend to start now.”

Patel, for his part, dismissed suggestions that the divided field could end up splitting the vote in Maloney’s favor. “It’s a very different election than any other time I’ve run,” he said.

“On the one hand, I think the fact that there are multiple challengers coming from different parts of the ideological spectrum very simply shows that the need for change is quite clear for a lot of people,” Patel told JI. “Now, the argument is, who’s the best person to represent this district for the next decade? I think it’s a different tenor altogether. To me, it’s not acrimonious at all. It’s a referendum on which direction we’re going to go with our leadership.”

Patel said he has long been supportive of the U.S.-Israel relationship, pointing to a letter he signed in 2003, as a student at Stanford University, disavowing the Boycott, Divestment and Sanctions movement targeting Israel.

“I think that there is nothing not progressive about supporting one of our closest allies and one of the only liberal democracies in the Middle East,” he said. “I’m not going to back away from that positioning in this race either.”

Patel emphasized that he did not want his views “to be mischaracterized” as he suggested they had been in previous races. “I think there’s been this assumption, for whatever reason, that as a challenger to Maloney, I somehow would not be supportive of Israel.”

Further underscoring his point, Patel said he was strongly in favor of legislation that would provide $1 billion in supplemental aid for Israel’s Iron Dome missile-defense system that passed the House last September and is currently stalled in the Senate.

“I’m firmly for it, of course. It’s a defensive system,” he said. “On those issues, I think I’m in the median of the district on it, and have been for a long time.”

Patel’s Middle East foreign policy approach stands in contrast with at least one other candidate in the race. Abdelhamid has expressed support for conditioning U.S. military assistance to the Jewish state while harshly criticizing the Israeli government for its treatment of the Palestinians.

“I’m someone who would support conditioning aid to any country that’s in violation of our values, whether that’s Saudi Arabia, Egypt or Israel,” Abdelhamid said in an interview with JI shortly after she launched her campaign last April. “The Israeli government has made it more difficult for us to see our goal for a two-state solution.”

Maloney, for her part, has long been regarded as a pro-Israel stalwart. In the primary, she has already notched endorsements from the political arms of Pro-Israel America and Democratic Majority for Israel.

Still, Patel said he anticipated that Jewish voters in the district would be energized by his candidacy.

“There’s a real thirst for people to find next-generation candidates who are also supportive of the U.S.-Israel relationship,” he told JI. “I think that there’s an understanding in this district, and a fear, that bipartisan support for that relationship may begin to dwindle if we don’t have the next generation of Democrats, at least some, being on the side of that relationship.”