The former NYC mayor criticized state Assemblywoman Yuh-Line Niou for her recent endorsement of the Boycott, Divestment and Sanctions movement against Israel 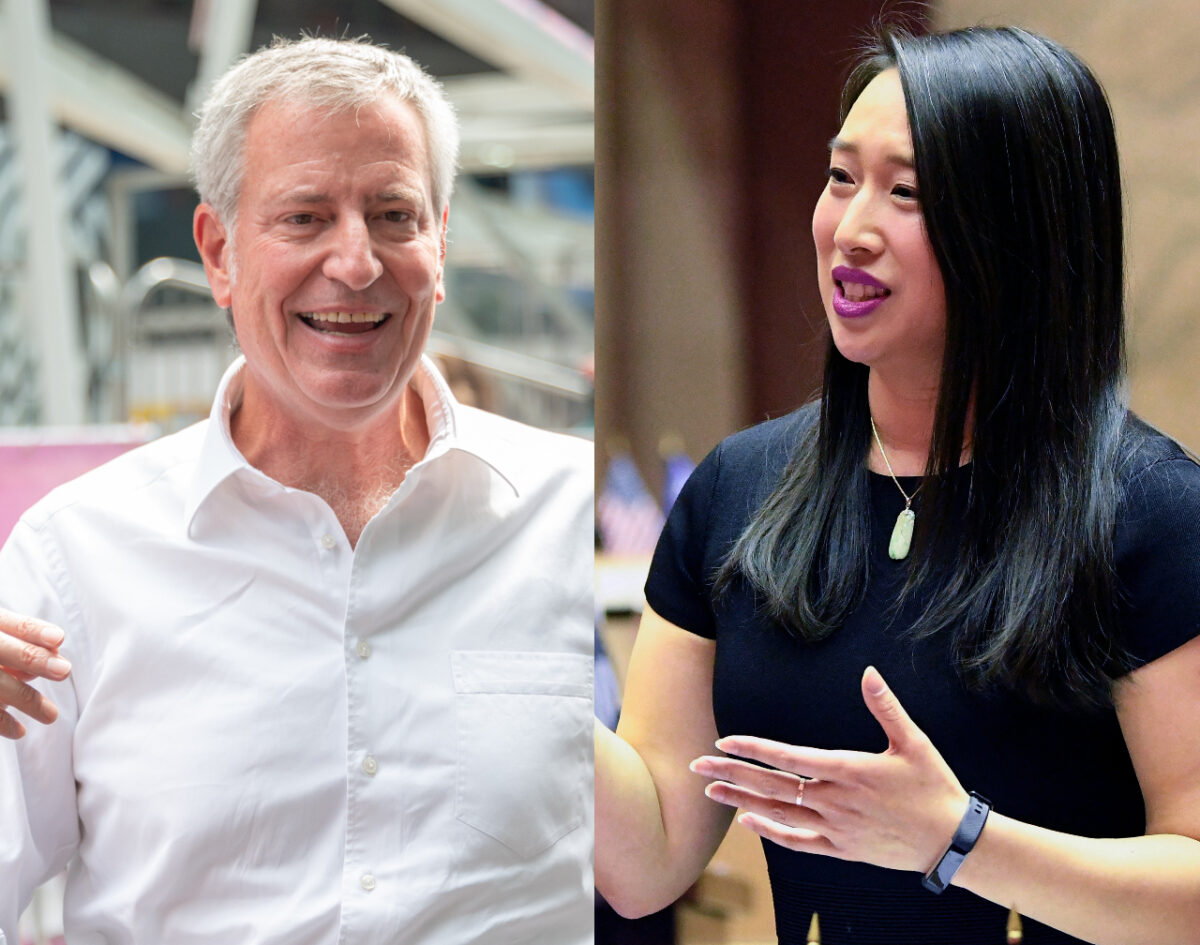 De Blasio was responding to an interview, published by JI on Monday morning, in which Niou endorsed the BDS movement for what appears to have been the first time since she assumed office in 2017. “I believe in the right to protest as a fundamental tenet of western democracy,” Niou told JI, “so I do support BDS.” 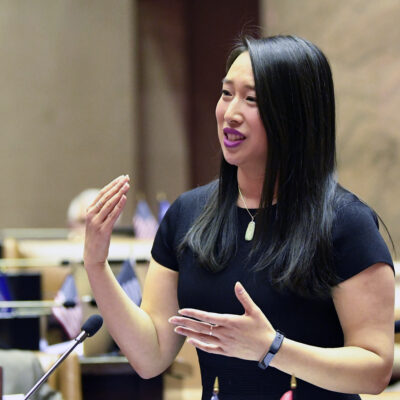 ‘I do support BDS’: Yuh-Line Niou lays out her Middle East policy approach

The 38-year-old lawmaker, who is among the most outspoken progressive voices in the state legislature, focused on BDS as a free speech issue rather than clarifying her own personal view of the movement’s goals, which include economically isolating Israel over its treatment of the Palestinians.

De Blasio, however, took issue with her approach to the movement. “I don’t know how anyone could be unclear on BDS,” he said. “It’s a movement that is working against the State of Israel. It’s working against a healthy economy for the people of Israel. It’s working against one of the underpinnings of a future peace, which would be prosperity for Israelis and Palestinians alike. To me, it’s not gray at all. If you care about Israel and if you care about peace, oppose BDS. I’ve been doing that, energetically, for years.”

For his part, de Blasio, 61, has drawn some scrutiny from pro-Israel advocates for comments in which the ex-mayor denounced AIPAC because, he said during a candidate forum last month, the lobbying group had opposed a friend and fellow progressive Democrat, Nina Turner, in a recent Cleveland-area House race.

De Blasio, who was closely aligned with AIPAC and spoke at the group’s events throughout his mayoral tenure, even as some progressives distanced themselves from the organization, has argued that his reversal in no way diminishes what he characterizes as a strong and consistent sense of support for Israel. In an interview with JI last month, de Blasio insisted that he “can simultaneously be a very proud progressive and a very proud supporter of Israel and opponent of BDS.”

He reiterated those comments on Monday while responding to Niou. “Progressives have to make our voices heard on this issue,” de Blasio said. “I want to be a leading progressive in Washington who models good behavior and shows what it looks like to challenge, consistently, BDS and to stand up for Israel.”

Since her comments were published, Niou has also faced criticism from a range of elected officials, including freshman Rep. Ritchie Torres (D-NY), the Bronx congressman who identifies as a pro-Israel progressive.

“BDS is not merely a ‘protest,’” he wrote on Twitter. “It takes the sinister position that Israel should no longer exist as a Jewish state. It’s an eliminationist movement at its core, one that should itself be protested by any public official professing a concern for peace.”

Anna Kaplan, a Democratic state senator who serves with Niou in Albany, endorsed that sentiment, arguing in a separate tweet that Torres is “100% correct.”

Other critics, such as Kalman Yeger, a city councilman and Democrat who represents an Orthodox Jewish neighborhood in Brooklyn, went even further. “Extremist antisemitic positioning from a candidate who wants to represent Borough Park in the U.S. Congress,” he alleged.

A spokesperson for Niou’s campaign did not immediately respond to a request for comment on Monday.

Meanwhile, some supporters of BDS have voiced their enthusiastic approval of Niou’s remarks. “I read this interview and hear someone thoughtful and conscientious about both her multiple constituencies and her progressive political principles,” Rebecca Vilkomerson, executive director of the far-left advocacy group Jewish Voice for Peace, said on Twitter, adding that she was “excited to vote for” Niou in the Aug. 23 primary.

In addition to Borough Park, the newly drawn 10th District — where Niou is one of 15 Democrats jockeying for the nomination — encompasses Lower Manhattan and some Brooklyn neighborhoods including Park Slope, Cobble Hill and Sunset Park.

Niou is the only candidate in the race who has publicly supported the BDS movement, which holds only fringe support within the House.