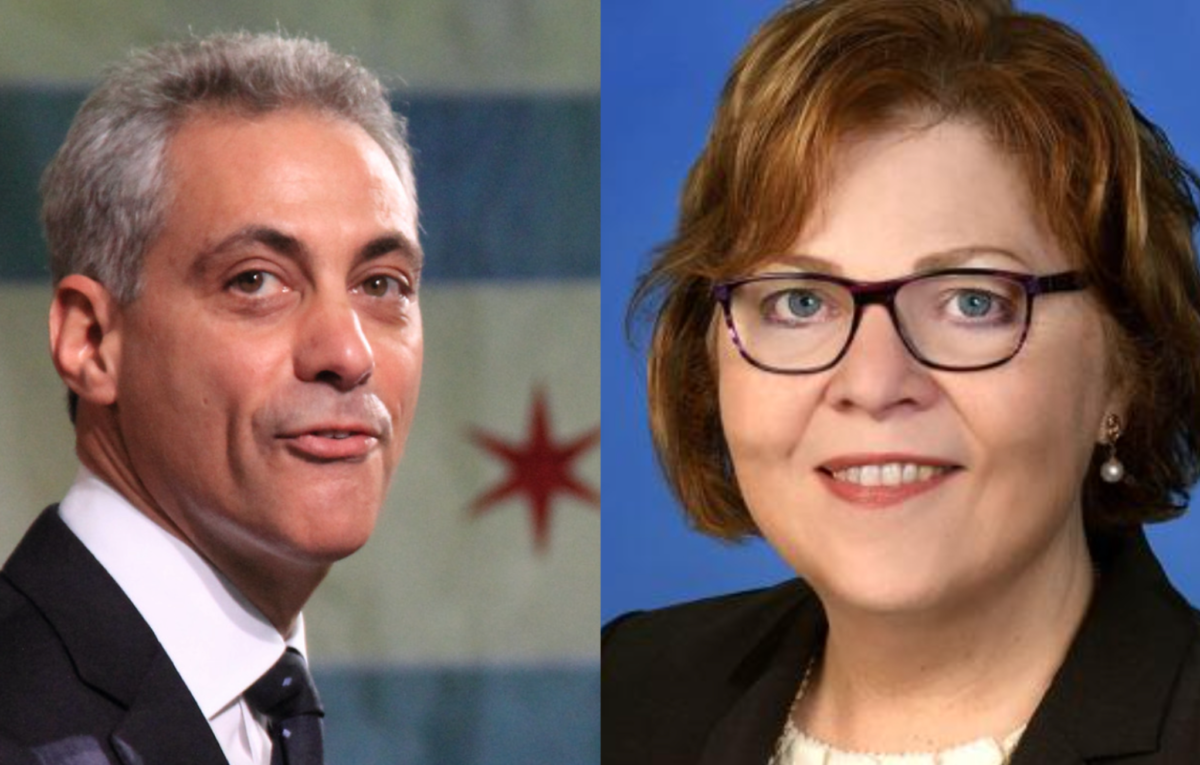 The Senate Foreign Relations Committee advanced the nominations of former Chicago Mayor Rahm Emanuel to be the U.S. ambassador to Japan and Barbara Leaf to be assistant secretary of state for Near Eastern Affairs to full Senate consideration on Wednesday, in a tense meeting marked by arguments over the delays faced by a number of foreign policy nominees.

Two Democrats, Sen. Jeff Merkley (D-OR) and Ed Markey (D-MA), broke with the party and voted against Emanuel, who has faced scrutiny from progressives over his handling of the 2014 shooting of Black teenager Laquan McDonald during his term as mayor.

“Black Lives Matter,” Merkley said in a statement. “I have carefully considered Mayor Emanuel’s record — and the input of civil rights leaders, criminal justice experts, and local elected officials who have reached out to the Senate to weigh in — and I have reached the decision that I cannot support his nomination.”

Markey did not respond to a request for comment. Sen. Marco Rubio (R-FL), who is opposing all of President Joe Biden’s national security nominees, also voted against Emanuel.

During the meeting, Risch, the committee’s ranking member, spoke out in defense of Emanuel.

“Mayor Emanuel and I disagree about most of our politics,” Risch said. “But we agree that Japan is the cornerstone of our Indo-Pacific strategy, and it is our greatest asset in the strategic competition with China.”

The committee’s advancement of Leaf’s nomination to the full Senate was followed by a heated discussion between Sen. Ted Cruz (R-TX) and Chair Bob Menendez (D-NJ) about Leaf’s responses to written questions. Risch, Hagerty and Rubio as well as Sens. Ron Johnson (R-WI) and John Barrasso (R-WY) voted against Leaf.

Despite his “no,” vote, Risch called Leaf “a qualified career diplomat… well-suited to lead this bureau” but added that he had “major concerns [with] where the administration seems to be going with this Middle East policy.”

Cruz delayed the first scheduled committee vote on Leaf in late October, claiming she had failed to adequately answer or falsely answered several of his written questions. During the meeting, he reiterated those objections.

The Texas senator said that the administration had classified the identities of 16 prisoners the U.S. is seeking to free from Egypt. Cruz had asked Leaf about the identities and affiliations of these individuals, but felt she had not adequately answered his question. The U.S. is withholding $130 million in aid to Egypt until those prisoners are freed.

“The only reason that document is classified is because the administration doesn’t want me reading the names in this hearing,” Cruz claimed. “They don’t want the names known. Why? Because under Barack Obama, the Obama administration repeatedly and vocally supported the Muslim Brotherhood.”

He further accused the Biden administration of attempting to “hide… from the American people” an alleged directive — which he asked Leaf to provide — instructing State Department officials not to use the term “Abraham Accords” to refer to the normalization agreements between Israel and several Arab states. Secretary of State Tony Blinken has denied knowledge of any such directive.

Leaf told Cruz that, as a nominee, she could not provide any State Department documents prior to her confirmation.

Discussion over the Egypt issue devolved at one point into a shouting match — as other recent Foreign Relations Committee meetings have — between Cruz and Menendez, who accused the Texas senator of grandstanding to boost his presidential ambitions.

The incident between Cruz and Menendez reflected a broader sense of frustration evident among Democratic members during Wednesday’s meeting. Several protested the slow pace with which Biden administration nominations have moved through the Senate. Some Republican senators have blocked or delayed confirmations for most of the administration’s foreign policy nominees.

Menendez lamented that Republicans have been blocking a committee vote on Sarah Margon, who was nominated to be assistant secretary of state for democracy, human rights and labor, and a hearing for Tamara Cofman Wittes, the administration’s nominee for assistant administrator for the Middle East at the U.S. Agency for International Development.

Republicans grilled Margon during her confirmation hearing about her support for vacation rental service Airbnb’s 2018 decision to stop listing properties in Israeli settlements. Risch noted Tuesday that Wittes had tweeted that “the Abraham Accords a gift to authoritarianism,” as well as criticized various committee members on Twitter.