Sen. Josh Hawley took to the floor to object to eight nominations, but allowed David Cohen to be confirmed as ambassador to Canada 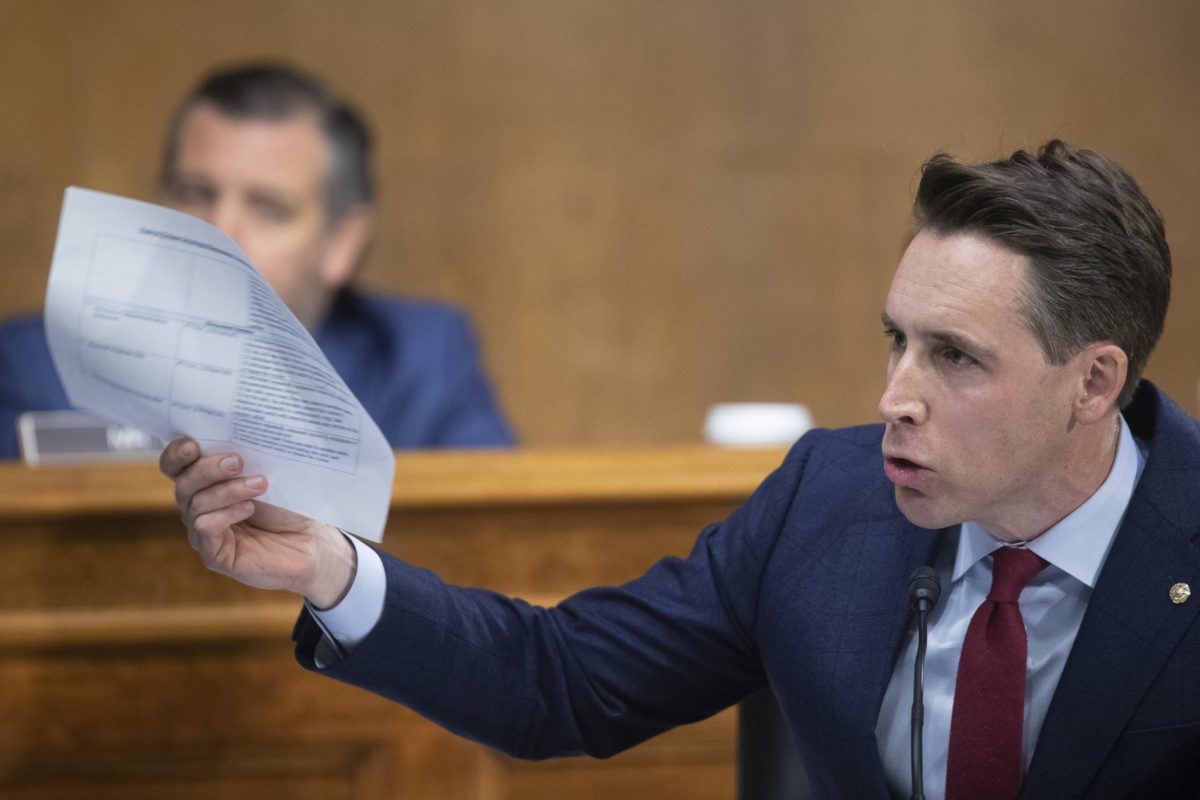 Senate Republicans, led by Sen. Josh Hawley (R-MO), blocked eight State Department nominees — including Tom Nides, the Biden administration’s pick to be U.S. ambassador to Israel — from being fast-tracked through the upper chamber on Tuesday evening.

Hawley is one of a handful of Republican senators who have committed to blocking some or most of President Joe Biden’s nominees from quick confirmation in the Senate in an attempt to extract concessions from the administration.

Hawley has demanded that Secretary of State Tony Blinken and Defense Secretary Lloyd Austin step down over the U.S. withdrawal from Afghanistan. Sen. Ted Cruz (R-TX) has blocked most foreign policy nominees, demanding that the administration enforce sanctions on Russia’s Nord Stream 2 pipeline.

Sen. Marco Rubio (R-FL) said in August that he would vote against all national security nominees until the Biden administration answered questions regarding allegations that the U.S. shared lists of U.S. partners with the Taliban. Asked whether Rubio, who voted against Nides in the Senate Foreign Relations Committee, was blocking Nides, a Rubio spokesperson referred Jewish Insider to that statement.

A frustrated Sen. Bob Menendez (D-NJ), chair of the Senate Foreign Relations Committee, took to the Senate floor on Thursday evening to request that the Senate confirm the nominees.

“The only reason the Senate has not confirmed them is due to the political obstinacy of a couple of my Republican colleagues,” Menendez said. “How does holding our nominees to be the U.S. ambassador to Israel or the U.S. ambassador to Canada actually advance U.S. interests? It does not. It is seriously detrimental to our national security.”

Republicans allowed one nomination — that of David Cohen, the former chief lobbyist for Comcast, to be U.S. ambassador to Canada — to move through the Senate Tuesday evening.

Most ambassadorial nominees typically move through the Senate by unanimous consent, a fast-track process that can avoid time-consuming floor debate and votes with the unanimous agreement of all present senators. The procedure is a key tool for Senate leadership, which is often eager to avoid spending hours of time on these nominations, potentially keeping the Senate for late nights of voting.

But GOP objections to dozens of pending nominees have left Biden with only five confirmed ambassadors, well behind other recent presidents at this point in their tenures.

Senate Majority Leader Chuck Schumer (D-NY) joined Menendez on the floor to voice his own frustrations.

“For months, some Senate Republicans have gone to great lengths to place pointless holds on over 100 of these nominees. The consequence: scores of empty desks in the State Department and our embassies and the Department of Treasury and other agencies,” Schumer said. “These nominees are not controversial. They’re routinely confirmed by consent in this chamber until a few people decided that they wanted to make a big show of this, for whatever reason. No one ever did this before… not all of the nominees.”

Hawley blamed the delays on Schumer, who has the power to bypass objections by scheduling floor votes and debate on each nominee.

“He’s the majority leader of the United States Senate,” Hawley said. “He decides when we vote, he decides what we vote on… If these nominees are so critical, he ought to be putting them on the floor for votes.”

Menendez fired back that Hawley’s statement was “disingenuous,” noting that Democrats did not utilize similar blanket objections to former President Donald Trump’s nominees when Republicans controlled the chamber.

Republicans on the Senate Foreign Relations Committee are also blocking efforts to schedule a confirmation hearing for Deborah Lipstadt, the nominee to be the State Department’s special envoy to monitor and combat antisemitism, two individuals with knowledge of the proceedings told JI.