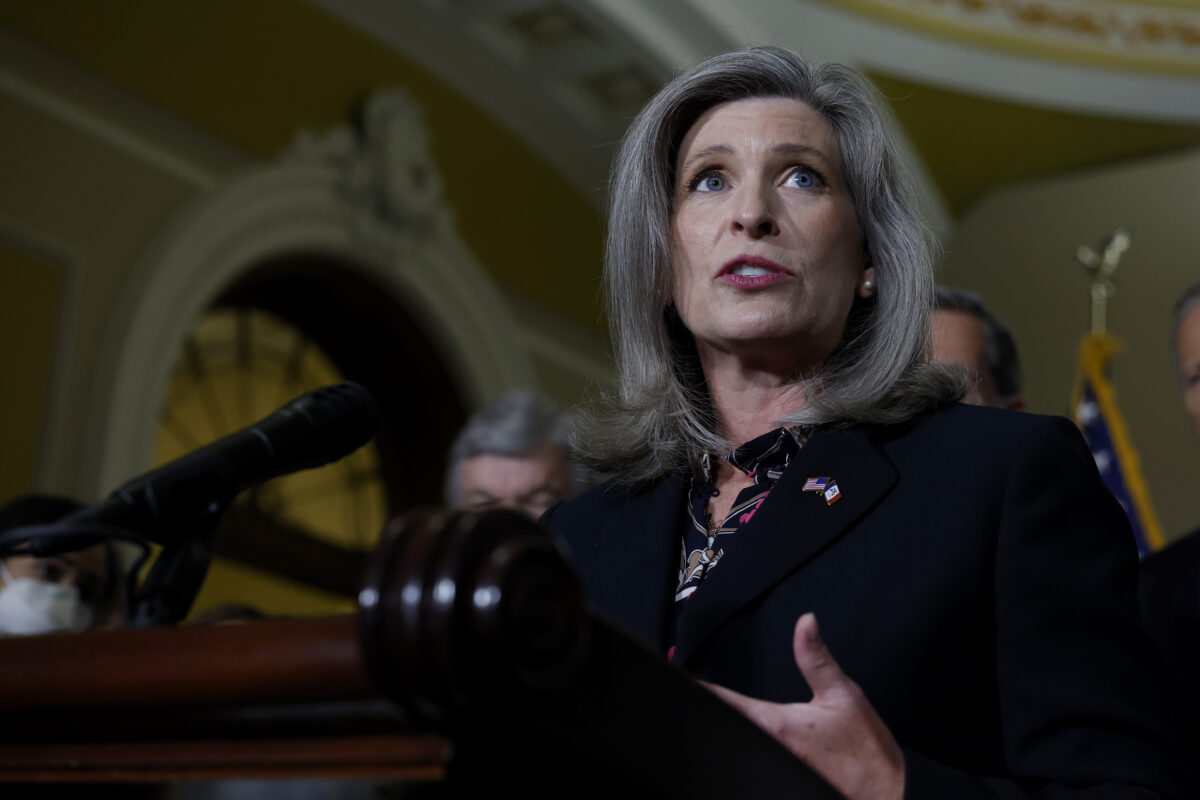 Sen. Joni Ernst (R-IA) speaks during a news conference after a policy luncheon with Senate Republicans at the U.S. Capitol Building on September 07, 2022, in Washington, D.C.

Congressional Republicans are making a renewed attempt to subvert Iran nuclear negotiations and prevent the implementation of a potential nuclear deal with a new bill that would prevent the Biden administration from withdrawing any sanctions on Iran in light of recent attempts to kill U.S. citizens.

The Preventing Underhanded and Nefarious Iranian Supported Homicides (PUNISH) Act, if passed, would prevent the withdrawal of U.S. sanctions on Iran until the secretary of state certifies to Congress that Iran had not supported any attempts to kill U.S. citizens or Iranians living in the U.S. for at least five years. Iran has recently targeted multiple former Trump administration officials, dissident journalist Masih Alinejad and author Salman Rushdie for assassination, in addition to proxy attacks targeting U.S. military sites in the Middle East. The bill would effectively prevent the implementation of a nuclear deal for the foreseeable future.

“The Biden administration’s foolish and fanciful pursuit of peace through appeasement must be stopped,” Sen. Joni Ernst (R-IA), the bill’s lead sponsor in the Senate, told reporters on Wednesday.

The legislation would codify the Trump administration’s maximum pressure sanctions on Iran, as well as codify the Islamic Revolutionary Guard Corps’ Foreign Terrorist Organization designation. It specifically blocks the president from waiving any of the sanctions. The conditions regarding the targeting of U.S. citizens would apply to citizens both within and outside the U.S.

“I personally do not believe we should engage any regime in any type of negotiation that has that type of behavior ongoing,” Rep. Mike Waltz (R-FL), the legislation’s lead House sponsor, added. “We have to stop this deal before it makes the situation worse.”

The bill has only Republican sponsors — 25 in the Senate and around 20 in the House, but Ernst and Waltz told reporters that there has been bipartisan interest in the legislation. Ernst said that there are “a number of Democrats that are extremely concerned” about the talks, and that she’s hopeful some might sign on. Waltz said he’s in “active discussions” with several Democrats, particularly those who have publicly voiced concerns about the talks.

Iran deal opponents have been accused on multiple occasions of seeking to tie the administration’s hands in negotiations with recent legislative initiatives.

The legislation has the support of the Foundation for Defense of Democracies, Christians United for Israel and the Republican Jewish Coalition, among other groups.