The resolution would push the administration to provide Congress with the draft Iran deal, but is not expected to pass a committee vote 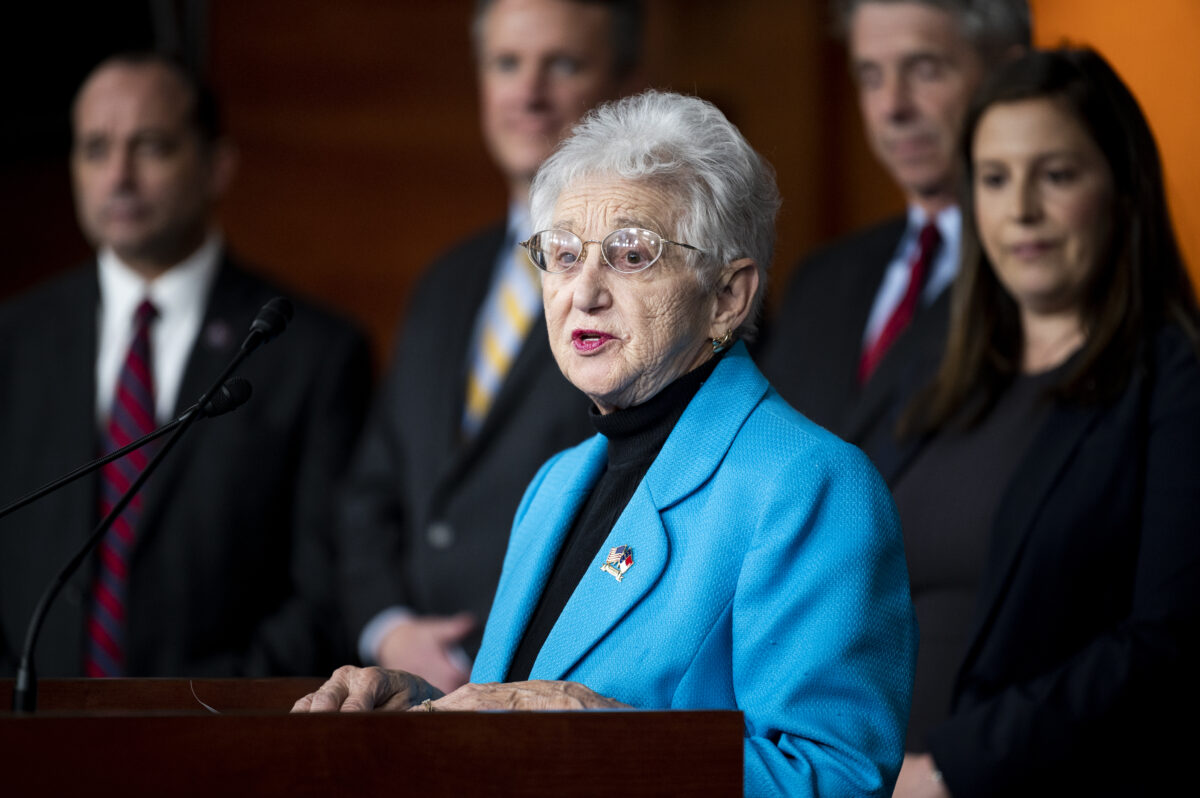 A Republican-sponsored resolution seeking to force the administration to provide Congress with the still-pending draft text of the Iran deal is headed to a vote in the House Foreign Affairs Committee next week, a spokesperson for the bill’s lead sponsor, Alex Ives, a spokesperson for Rep. Virginia Foxx (R-NC), told Jewish Insider.

The resolution, introduced by Foxx and Rep. Joe Wilson (R-SC) would compel the administration to provide Congress with the text of the draft deal and any related side agreements immediately, even if negotiations are still in progress when the bill is passed. It’s unclear if the resolution will have enough support to pass the committee.

Under existing law — the Iran Nuclear Agreement Review Act (INARA) — the administration is required to submit any Iran nuclear agreement in full to Congress when it is signed. A source familiar with the Foxx legislation characterized it as an “opening salvo” in efforts to “forc[e]” the administration to comply with INARA. They raised concerns that the administration will seek to duck INARA review or conceal side agreements related to the deal, as Republicans accuse the Obama administration of doing in 2016.

A Democratic staffer familiar with the process described the legislation as procedural “funny business” that would force the administration into a premature version of the INARA review process for an unfinished deal.

Sen. Bob Menendez (D-NJ), who chairs the Senate Foreign Relations Committee, said earlier this week that the administration has committed that it will submit any final deal for congressional review.

Foxx’s resolution was introduced under special procedures that would force a full House vote on the legislation in late September unless it is considered by the Foreign Affairs Committee before then. By bringing the legislation to a committee vote next week, on Sept. 14, Democrats will avert this scenario.

Even if the committee votes in favor of the resolution, Democratic leadership would subsequently control its fate, and would be able to prevent it from receiving any further consideration or a floor vote.

Seven Democratic members of the committee signed onto a letter last week requesting the Biden administration brief Congress on the deal and provide the full text of the agreement when finalized, but stopped short of demanding the draft agreement text.

The Democratic staffer said the Foxx resolution “would break precedent” by interfering with presidential authority to conduct pending international negotiations, such that it would likely be roundly rejected by Democrats. The staffer also noted that Republicans have used the same procedural tool — seen by critics as a mechanism to force committee consideration of and votes on politically sensitive issues — on dozens of occasions during the current congressional session, and have been consistently blocked by Democrats.

The Democratic staffer said they expect some of the 34 Democrats who signed last week’s letter raising concerns about the draft deal will ultimately support an Iran deal if or when it comes before Congress.