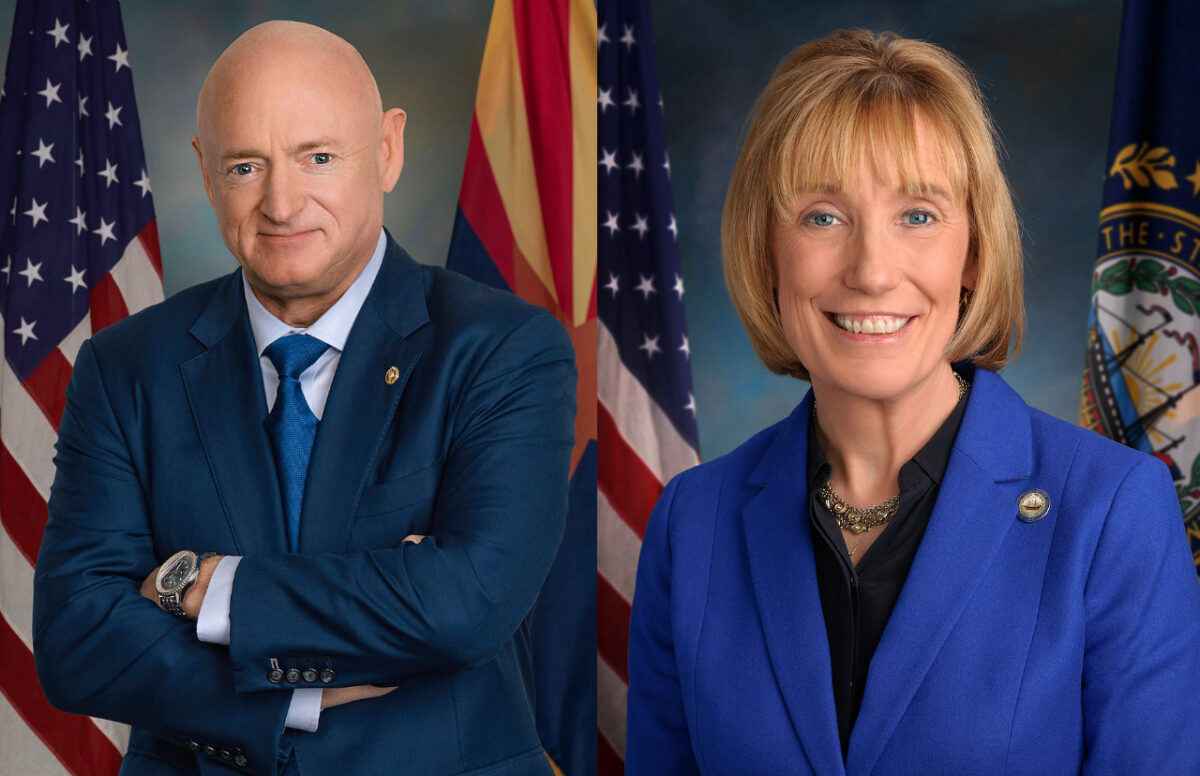 Democratic Majority for Israel is backing 29 House and Senate candidates in a new round of general election endorsements, the group’s political arm, DMFI PAC, plans to announce on Friday.

But other candidates are facing stiffer odds in the midterms, when Democrats hope to defend their tenuous majorities in both chambers of Congress. Among the more vulnerable incumbents being supported by DMFI PAC are Reps. Sharice Davids (D-KS), Susie Lee (D-NV), Kim Schrier (D-WA) and Abigail Spanberger (D-VA), all of whom are competing in hotly contested races that could decide control of the House.

Two senators backed by DMFI PAC, Maggie Hassan (D-NH) and Mark Kelly (D-AZ), are also viewed as vulnerable in November, according to election forecasters. Both candidates are squaring off against hard-right challengers whose extreme positions have stirred controversy — particularly in Arizona, where Blake Masters, a Trump-backed venture capitalist, has drawn scrutiny for incendiary comments as well as controversial past writings unearthed over the course of his campaign.

In a statement shared with Jewish Insider on Thursday, Mark Mellman, DMFI PAC’s chairman, said he was “confident” that the new slate of candidates “can defeat their extreme MAGA opponents,” adding: “We’re thrilled to support such a diverse and distinguished slate of pro-Israel Democrats.”

Mellman described the new endorsees as “bold” candidates “who are deeply committed to upholding the Constitution, leading with integrity and protecting our cherished Democratic values,” including, he said, “safeguarding and strengthening the U.S.-Israel relationship.”

DMFI PAC is also throwing its weight behind some challengers who are listed in the Democratic Congressional Campaign Committee’s “red to blue” program, indicating possible pick-up opportunities.

Three of them — Rose, Taddeo and Zimmerman — are Jewish. If elected, Taddeo, a Colombian-born state lawmaker in Miami who is challenging freshman Rep. Maria Elvira Salazar (R-FL), has said she will be the first Hispanic Jew in Congress.

“I am honored to have the support of DMFI PAC for this important fight,” Taddeo said in a statement. “Our shared commitment to Democratic values has helped form the bond that America and Israel enjoy. In Congress, I will be an unwavering champion of Israel’s defense and work to grow our special relationship.”

Rounding out the list is another pair of Senate candidates, including one incumbent, Patty Murray (D-WA), and an outgoing congresswoman, Rep. Val Demings (D-FL), who is challenging Sen. Marco Rubio (R-FL). Recent polling suggests the Florida race could be closer than some experts had expected.

In the statement shared with JI, Demings said she was “proud to be endorsed by DMFI PAC,” adding: “Israel is a beacon of freedom and our shared U.S.-Israeli values, and I will continue to be a pro-Israel champion in the United States Senate.”

DMFI PAC announced its first slate of general election endorsements — including 55 House and Senate candidates — in late July. The new list brings that number to 84 endorsees, many of whom also earned support from the pro-Israel group during the primaries. Rachel Rosen, DMFI PAC’s communications director, told JI on Thursday that additional endorsements are in the pipeline.

The group, which invested heavily in several high-profile races during the primaries, will be spending on behalf of some of the candidates in its new slate, according to Rosen. But she declined to elaborate and said DMFI PAC is currently assessing the races in which it can “make the most impact.”