American political parties could go the way of Britain’s Labour Party if they do not remain vigilant, the Jewish freshman congressman said 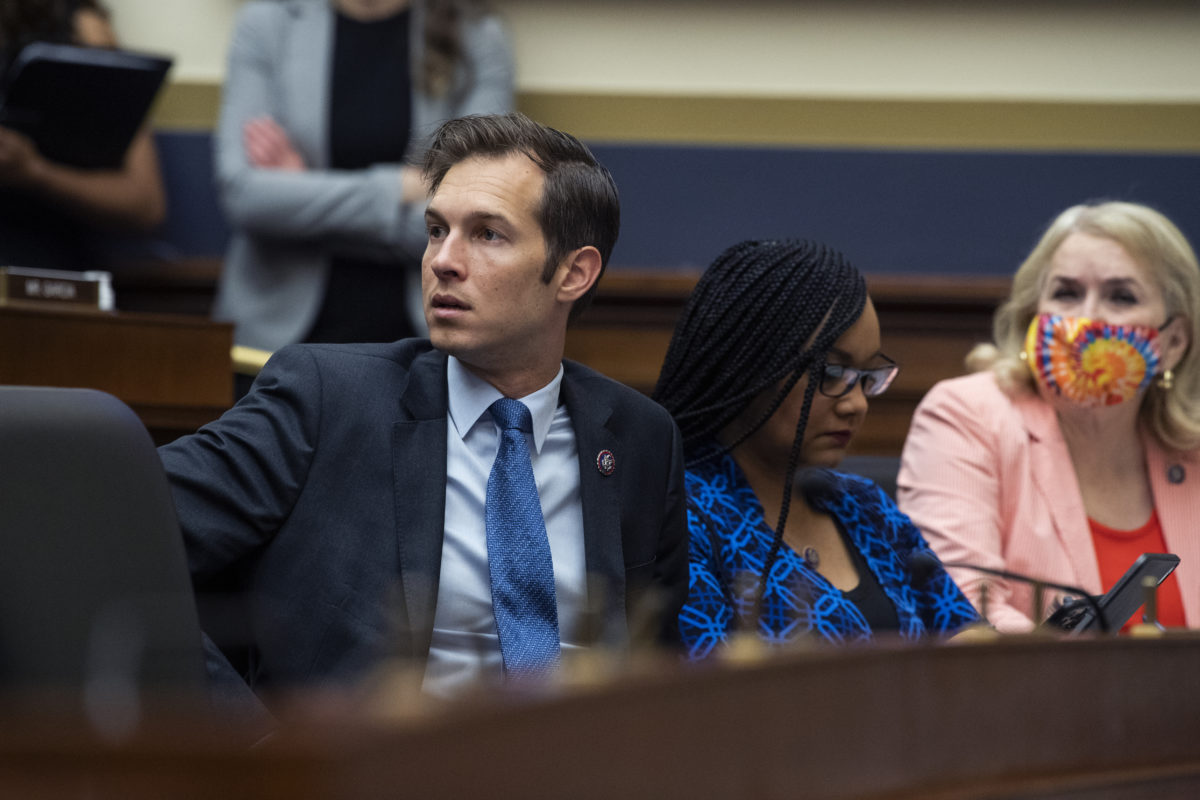 The Republican and Democratic parties need to be “on guard” against the “causal mainstreaming of antisemitism” lest it become as pervasive as it has within the U.K.’s Labour Party, Rep. Jake Auchincloss (D-MA) warned on Wednesday.

The freshman congressman, whose Boston-area district includes a sizable Jewish population, made the remarks Wednesday during a virtual event hosted by the Jewish Community Relations Council of Boston.

“What I’m seeing today is the casual mainstreaming of antisemitism, where people say things or people dig into tropes without actually even sometimes understanding the genesis of their opinions,” Auchincloss, who is Jewish, said. “We’ve seen this happen to the Labour Party in Great Britain, where antisemitism was casually mainstreamed. It was unexamined, it became increasingly salient from their very highest leadership and then it became a crisis.”

Auchincloss was referring to former Labour Party leader Jeremy Corbyn, who was suspended from the party amid widespread allegations of antisemitism within its ranks, later corroborated by an independent government report.

“The Democratic Party in the United States needs to be introspective that that could happen to us too,” Auchincloss said. “It could happen in the Republican Party, same thing. Both parties need to be examining their flanks to ensure that we do not allow that kind of rhetoric or mindset to infiltrate our mainstream conversations.”

Auchincloss posited, however, that the public may be overestimating the extent of antisemitic sentiment within the Democratic Party today.

“There can be a little bit of a warped perspective on where the Democratic Party is on Israel and on antisemitism. It is still the bedrock mainstream consensus point of view within the Democratic Party that we support strongly Israel’s security… and that we recognize the dangers and evils of antisemitism,” he said. “But that requires vigilance. And as a Jewish member of Congress, I take very seriously an obligation to be one of the first people raising a flag and saying, ‘Here’s what’s concerning about that.’”

The former Marine added that he is “aghast” at the lack of historical knowledge among American students about the Holocaust and long-standing antisemitic tropes.

“We need to be educating and fighting against it at the levels where people form their political and intellectual consciousness in high schools and college campuses,” he said.

Auchincloss went on to argue that waning support for a two-state solution, and partisanship around Israel generally, poses a threat to the bipartisan consensus around Israel in Congress and the country.

“What used to be a pretty rock-solid bipartisan consensus is getting a little shakier; I wouldn’t overstate it, it’s still pretty solid,” Auchincloss said. “Congress needs to maintain its bipartisan footing when it comes to Israel… I think the worst-case scenario for the security of the Israeli people and… to the pursuit of a two-state solution is that it becomes a political football.”

He added that former Israeli Prime Minister Benjamin Netanyahu’s speech to a joint session of Congress in 2015 arguing against the Iran nuclear deal being brokered at the time by former President Barack Obama was “not helpful” to bipartisanship on Israel.

“I think that this current Israeli administration has tried to shrink the conflict as much as possible,” he said. “There are obviously existential issues that are not going to be solved right now, but they don’t have to pervade every aspect of the economy, of civil society, of diplomacy. And they are trying to shrink that conflict, find other ways, other channels to work with their Palestinian neighbors. And I think that’s a healthy first step.”

The Massachusetts congressman described himself as a “proud Zionist,” adding that the U.S.-Israel alliance is “first and foremost, a moral alliance” as well as “strategically and economically impactful.” Auchincloss said that strong U.S.-Israel ties are especially critical as the U.S. draws back its presence in the Middle East.

“A strong Israel is our best insurance policy as a country for the stability of the Middle East and Central Asia,” Auchincloss said. “The Abraham Accords and Israel’s increasing diplomatic and security intertwining with its Sunni and Shia neighbors is a really critical way to contain Iran and to by proxy exercise American influence in the region in a positive way.”

Auchincloss said he will “need to see” how the upcoming round of nuclear negotiations later this month with Iran proceeds, but reiterated his view — expressed in an interview with Jewish Insider’s “Limited Liability Podcast” last month — that any final agreement must be submitted for Senate approval as a treaty.

Auchincloss explained that he sees the conversation around nuclear negotiations as part of a larger concern about a presidential “power grab” from Congress in the area of foreign policy and war powers dating back to the Vietnam War.

“[James Madison] was very clear that when the United States engages in binding foreign pacts, that it gets a two-thirds approval by the U.S. Senate,” Auchincloss said.

“We’re now in a situation where, to put it bluntly, the president just thinks that they can wage war whenever they want and let Congress know whenever they feel like it,” he said. “That’s not acceptable. That is not what the Constitution dictates.”

As such, the president should be required to receive congressional approval for strikes in Syria, war in Taiwan or continued military engagement in Afghanistan or Iraq, Auchincloss said.

Auchincloss also weighed in on primary and secondary education — currently a hot-button issue in U.S. political discourse that many analysts see as having driven Democratic losses in last week’s elections.

“I’ve been very clear about this for the last year and a half — we’ve got to recognize that kids need to be in school full-time. We cannot close the schools again,” he said. “And that’s important academically but perhaps even more importantly, it’s a critical socio-emotional function for young kids in particular to be with one another.”