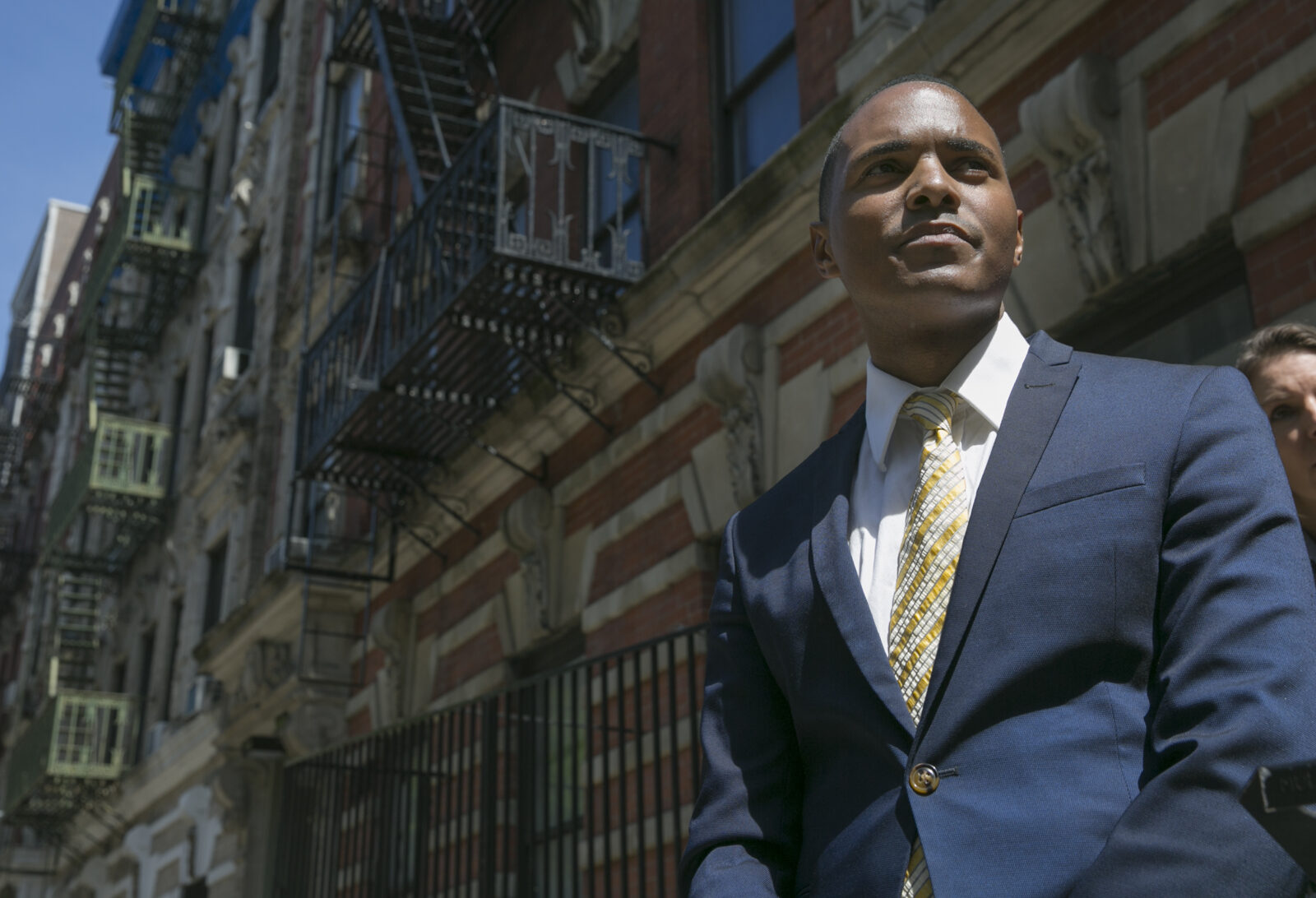 Amanda Berman first met Ritchie Torres on stage in January 2019. The city councilman, who represents the South Bronx, was speaking on a panel alongside Berman and other young progressives to discuss the Women’s March. “I had goosebumps immediately,” Berman, the founder of Zioness, recalled. After Torres spoke, Berman told Jewish Insider, “I pushed away the microphone we were sharing to tell him quietly, ‘I can’t wait to see what you do next.’”

In an unexpected twist on Tuesday, Torres, who had been lagging in the polls behind City Councilman Rubén Díaz, Sr., shot ahead of Diaz and now has a sizable lead going into the counting of mail-in ballots, which will begin next week.

“We won a race that no one thought we could win,” Torres told Jewish Insider the morning after the primary, clarifying that he wouldn’t officially declare victory before the mail-in ballots are counted. “We beat a powerful name that no one thought could be beaten, and we won the most fiercely contested congressional race in the 2020 New York City election cycle.”

Corey Johnson, speaker of the New York City Council, told JI he’s looking forward to see what Torres accomplishes in Washington. “Anyone who knows Ritchie knows he will be a tireless advocate for his constituents and will bring an incredible amount of energy and passion to Congress,” Johnson said.

Torres’s success in Tuesday’s primary is the culmination of a 12-month journey, and one that has rapidly seen him become a darling in pro-Israel circles. Along the way, Torres has cultivated a group of millennial peers, including Berman, who have accelerated his entree into the Jewish community.

Alex Halpern Levy, a speechwriter and communications strategist who first met Torres during the 2013 City Council campaign, told JI that the candidate strikes a chord with many members of the Jewish community because of his strong pro-Israel views at a time when younger Democrats increasingly seek to distance themselves from traditional support. “He is a true believer in the State of Israel and he doesn’t couch and hedge,” Levy said. “That, to me, is really impressive. He gets Israel and why it’s important to the Jewish community.”

Torres — who, if elected, along with Mondaire Jones would be one of two openly gay Black members of Congress — took his first trip to Israel in 2015, with the Jewish Community Relations Council of New York, and credits that experience with helping him form his views of the Jewish state.

Torres touted his pro-Israel credentials as a theme of his congressional run. “The notion that you cannot be both progressive and pro-Israel is a vicious lie, because I am the embodiment of a pro-Israel progressive,” he told JI for a profile last December.

Israeli-American actress Noa Tishby, who lives in Los Angeles, read the profile and says she “was blown away by his positions and his personality.” Tishby told JI that she immediately reached out to the Torres campaign because “you don’t see young people on the Democratic side who read the map as clearly as he does.” Tishby saw Torres as a model of where the Democratic Party could be on Israel and wanted to offer her assistance to his campaign.

Last Friday, Tishby hosted an intimate meet-and-greet fundraiser for Torres over Zoom with Hollywood industry heavyweights. In the run-up to Tuesday’s primary, she encouraged her social media followers to back the millennial candidate.

Alex Goldstein, CEO of 90 West, a Boston-based communications firm, spent some time with Torres in the South Bronx last summer and was moved by the experience. “I am drawn to candidates that are authentic, speak their truths, and are deeply connected to the needs and aspirations of those they want to represent, and Ritchie is all of those things,” Goldstein, who worked for former Massachusetts Gov. Deval Patrick and more recently advised Rep. Ayanna Pressley (D-MA), told JI.

On the campaign trail and in conversations with donors, Torres captivated his audiences. He has brought in more than $1.3 million in campaign contributions to date, according to recent FEC filings.

Torres told JI he’s “proud of the path” he has taken. “It’s painful at times,” he acknowledged. “It’s painful to be a loner in politics. But I have the support of where it matters the most — among the people of the South Bronx.”

David Greenfield, CEO of the Met Council and who served on the City Council until 2018, called Torres “one of the smartest public officials” he’s ever met in public life. “He’s pragmatic and knows how to get things done for the communities he represents,” Greenfield told JI.

Torres’s stance on Israel may have cost him the support of several prominent progressive leaders and groups. But fresh off his presumed victory, Torres told JI that losing those endorsements only gives him the ability to serve his constituents in an independent manner. “I feel that I have a mandate to govern independently, to be my own person and to carve my own path,” Torres said.

In a pre-recorded message for an LGBTQ celebration Thursday night organized by the Israeli Embassy in Washington, Torres touted himself as “Afro-Latino, LGBTQ, millennial, progressive and pro-Israel.” In the message, he told viewers, “I’m pro-Israel, not despite my progressivism, but because of it.”

It’s Torres’s views on Israel — and ties with the pro-Israel community — that have drawn ire from at least one opponent. In a series of tweets Thursday afternoon, Samelys Lopez, who is currently fourth in the race, blasted Torres for participating in the embassy’s celebration.

Torres’s second trip to Israel was in 2018, also with the JCRC, and staffed by Noam Gilboord, the organization’s chief operating officer. Gilboord, who works to educate local lawmakers about Israel and issues that are critical to the Jewish community, said that Torres didn’t need any schooling. “He studied on his own and came to conclusions on his own,” he explained. “That’s not common, that’s rare, especially for a young progressive politician.”

Gilboord said Torres is unique in the political world. “I don’t get a sense that Ritchie is the kind of guy who is going to go with the flow,” he said. “He is his own man, he is a good thinker, and he will do what he thinks is right.”

Erin Schrode, a Democratic activist who first met Torres at AIPAC’s policy conference in 2019, was optimistic that his electoral success would kick off a “wave” in future election cycles. “To see someone running on so many of the progressive values I hold dearly, who is also so unabashedly pro-Israel, that inspires me,” said Schrode, who ran for Congress in 2016 at age 25. “I can only hope that we see a wave of Ritchies rising at all levels of government across the country. His message is powerful. His track record is impeccable, and his knowledge is unique.”

Greenfield predicted Torres will be tapped “to be the fresh face of the Democratic Party” and called his former colleague a “bridge builder.”

One congressman looking forward to welcoming Torres to Capitol Hill is first-term Rep. Max Rose (D-NY). “Ritchie is heartfelt, no one will ever outwork him, and he will always put the community first,” Rose told JI. “He’s exactly the type of leader that we need in Washington, D.C. — one who doesn’t listen to polls, but rather follows his moral compass.”