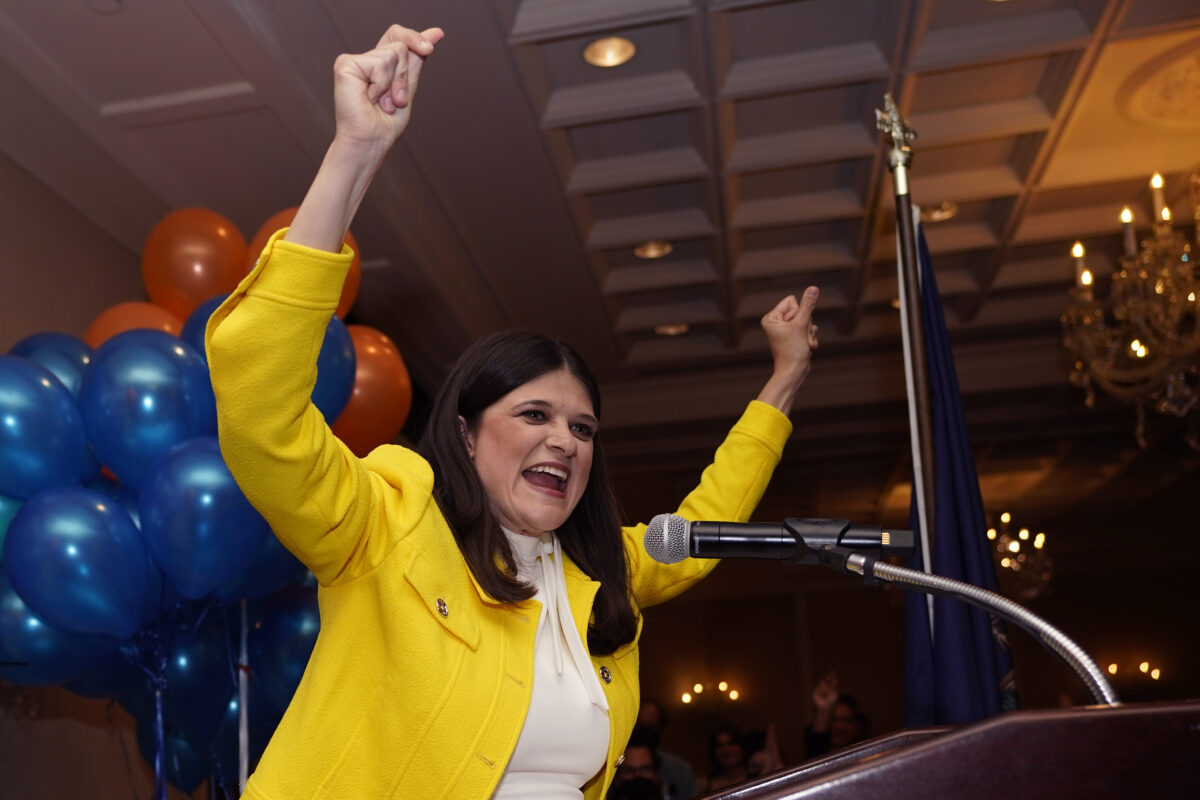 BIRMINGHAM, Mich. — With early returns showing Rep. Haley Stevens (D-MI) with a 20-point lead over fellow Rep. Andy Levin (D-MI) in Michigan’s 11th Congressional District, it was a relatively short night at the campaign’s election watch party, which took place at the city’s Townsend Hotel. Stevens took the stage for her victory speech just over an hour after polls closed.

But the night was not without some moments of drama. Campaign volunteers glued to the returns on their phones appeared shaken by an early reporting mistake by the Associated Press that swapped Levin’s and Stevens’ vote totals. The news that the totals had been misreported prompted cries of relief from the volunteers, replicated moments later as an early call was made in the district.

It took nearly half an hour for the news to reach most in the dense crowd, when the results came up on a local news channel playing in the room. The news prompted an impromptu dance session by some Stevens supporters. Stevens took to the stage moments later.

The space quickly began to empty out after Stevens’ remarks.

“It’s not a mystery why we beat the odds. We stayed in Congress because we listened. I listened,” Stevens said in her speech. “I heard your stories. I learned… every single day doing this work what is most important to you.”

While the new 11th District seat is considered safely Democratic, Stevens turned in her speech to discuss the need for strong Democratic turnout in November in statewide races.

Stevens (D-MI) sought to downplay the influence that outside PAC spending, including $4 million from the AIPAC-affiliated super PAC United Democracy Project, had on the final outcome. Levin’s campaign and its allies had focused heavily on pro-Israel groups’ support for Stevens as a central attack line.

“My hard work spoke for itself,” Stevens told reporters shortly after declaring victory, pointing to her larger fundraising totals — which were bolstered by more than $600,000 bundled by AIPAC — as well as her canvassing efforts around the district and her record in office. She also expressed her support for reforming election spending law.

Pressed by Jewish Insider on whether she thinks her margin of victory would have been as wide without the influx of independent expenditures, Stevens was unequivocal.

“Absolutely,” she said. “Because every time I was out and about and engaging with people, my message was met with enthusiasm… My message of doing and delivering and actually getting things done and uniting people, that’s what wins the day.”

Stevens was asked about the role that Jewish supporters played in the race. Many leaders in the mainstream Jewish community in the district were early and forceful backers of the congresswoman.

“I thank my wide-ranging supporters from all over Oakland County from labor to our Jewish community to our African American community,” Stevens responded. “Certainly having Congresswoman Brenda Lawrence’s early support and endorsement, which is so significant… She started the Black-Jewish caucus. She’s led the Women’s Caucus. That is [whose] footsteps I’m going to follow in the Congress.” 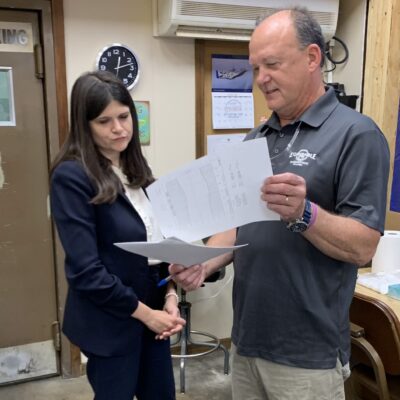 On the eve of primary, Stevens reflects on PAC spending in Michigan’s 11th

In his concession statement, Levin appeared to pin his loss on UDP’s spending, rather than factors inside the district.

“Unfortunately, I was… the target of a largely Republican-funded campaign set on defeating the movement I represent no matter where I ran,” Levin said, referring to UDP. The group has noted in the past that it has received large donations from major donors on both sides of the aisle.

AIPAC took a victory lap on Tuesday night, retweeting and quoting from an article that declared that the pro-Israel group had “[won] big in Michigan thanks to [its] super PAC project” and that its “foray into super PACs has proven wildly successful.”

In a statement, the group argued that “Democratic voters have sent the unambiguous message that being pro-Israel is both sound policy and smart politics.”

“In a series of primaries this year, we are proud that we have helped pro-Israel progressive Democrats prevail over detractors of the Jewish state,” the statement continued. “In this election cycle, pro-Israel activists have made an important difference in strengthening the bipartisan congressional coalition in support of the U.S.-Israel alliance.”

J Street, whose super PAC spent more than $700,000 in independent expenditures supporting Levin, said in a statement that Levin had faced “an onslaught of right-wing outside spending and baseless smears,” and called AIPAC’s spending “alarming,” accusing it of “intimidating” candidates.

“I wanted to turn over some of my district to a person that puts people before politics, a person who understands what it means to fight,” Lawrence said.