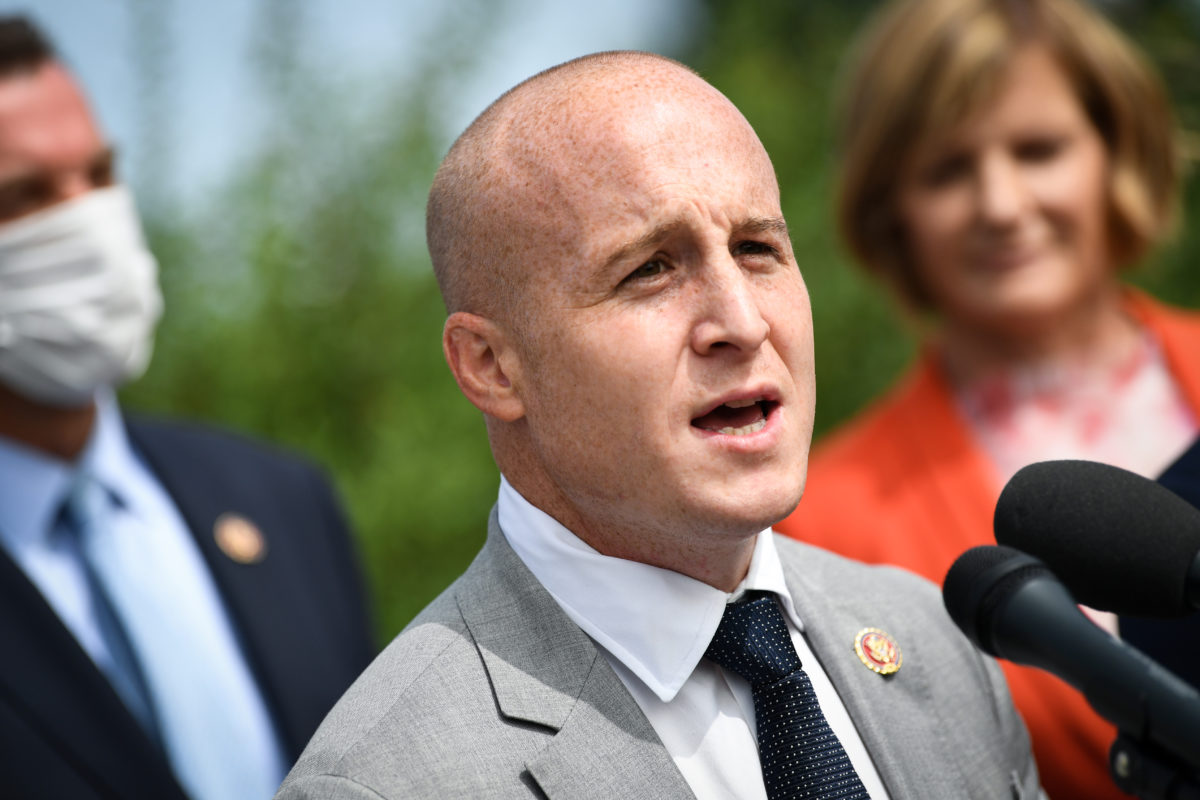 Former Rep. Max Rose (D-NY), who is running to reclaim his redrawn Staten Island congressional seat, criticized both the Biden administration and Congress on Friday for failing to take the actions he sees as necessary to counteract white supremacist domestic terrorism.

Rose, speaking at a virtual event organized by the American Jewish Congress, said that the administration should be more aggressive in pursuing white supremacist groups in the same fashion that the U.S. pursued jihadist terrorist organizations. Specifically, he said, domestic groups with international connections and membership should be labeled as Foreign Terrorist Organizations.

“This administration needs to do more in this space,” Rose, who spent six months as the Defense Department’s COVID advisor last year, said. “Our safety — the safety of Jewish communities — relies on it, and we do not want to act after a horrific incident. We want to act before it.”

Rose painted a picture of a “new strain of global white supremacist terrorism” comparable to the status of jihadist terrorism in the early 1990s, pointing to the international chapters and affiliations of groups founded in the United States like the Proud Boys and Atomwaffen (also known as the National Socialist Order).

“[Administrations] will say — ironically —  ‘Well, there are too many members of these organizations in the United States of America… so it’s not going to work,’” he said. “It’s patently absurd. The only reason why they’re not doing this is because they’re afraid… All this requires is the will of this administration.”

Rose argued that the Trump administration did more than the Biden administration had in this regard, having designated the Russian Imperial Movement, a global white supremacist group, as a Foreign Terrorist Organization.

He also believes that Congress should also work to create a separate domestic terrorism statute, such as exists for foreign terrorism, although he acknowledged that there is “not the political will to do that.” And he noted a differentiation between “domestic violence” and “domestic terrorism.”

“In the absence of that, I don’t care how much funding or condemning congressional resolutions you pass in regards to enforcing or protecting us against domestic terrorism, what you’re ultimately doing is — and this is a valiant cause — you’re protecting us against domestic violence,” Rose explained. “But what we are concerned about is terrorism. And that is totally different because the goals of terrorism are completely different.”

He added that Congress should also pass a resolution urging the State Department to label the top global white supremacist organizations as Foreign Terrorist Groups, and said Democrats should pressure the Biden administration to do more on this issue.

The former Army officer, who is running in the newly drawn 11th Congressional District, added that he believes “unspoken racial biases” contribute to the differential treatment of jihadist terrorism and white supremcasist terrorism “despite the fact that both have terrorist ambitions.”

Rose further said that the Jewish community must continue to instill “a sense of proactiveness and a fierce sense of urgency around this issue” in public leaders, including calling out members of both parties.

“I’ve criticized multiple members of my own party,” Rose said. “But we have got to make sure that we are not also letting the Republican Party off the hook when it comes to their deep-seated antisemitism as well. Whether that’s commercials with George Soros, or so many other instances. When it comes to protecting communities from antisemitism, blind party alleigance has no place.”