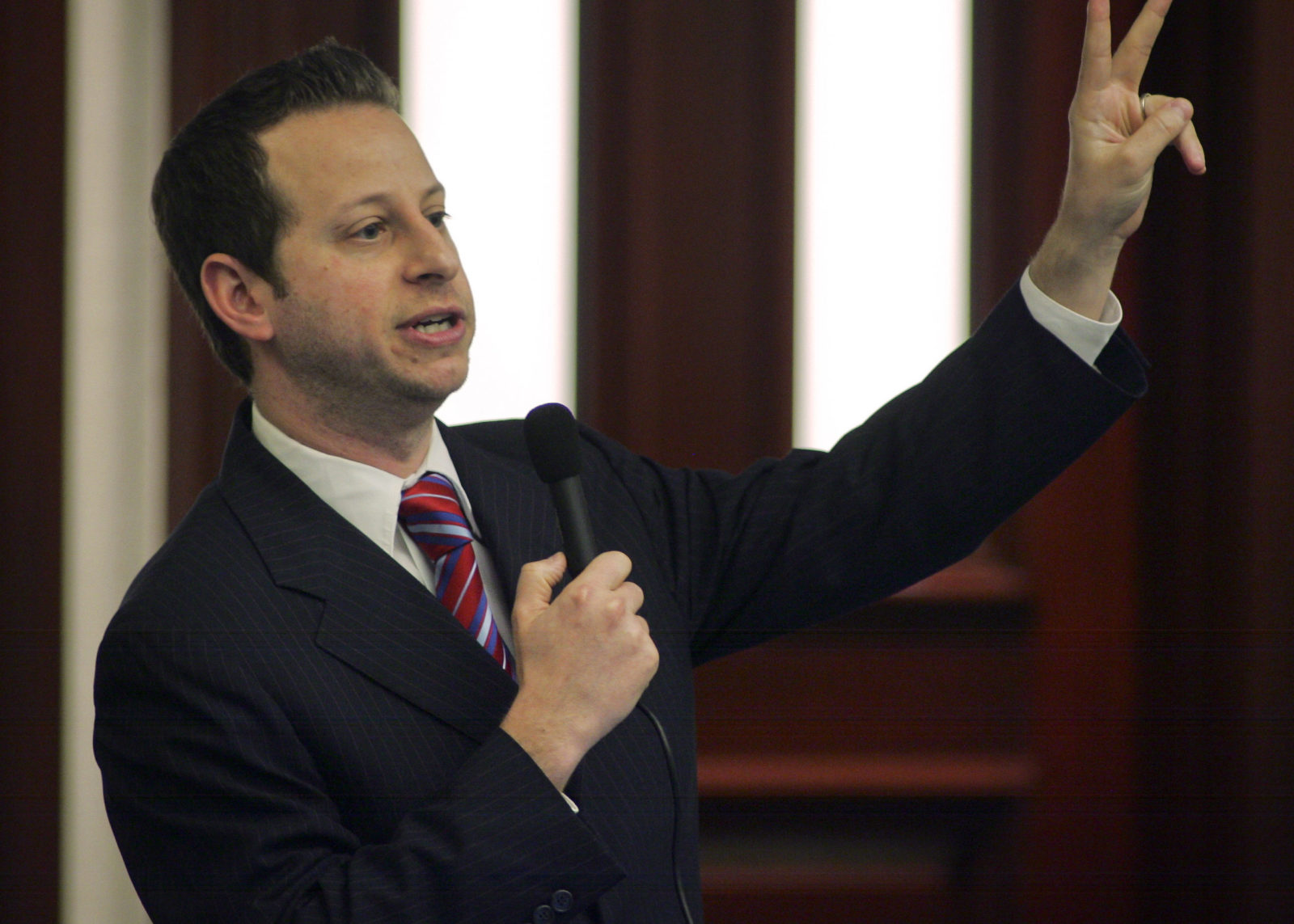 His campaign announcement in early March was accompanied by a slew of endorsements, a list that has grown to 65 in the first few weeks of his campaign, including former Reps. Robert Wexler (D-FL) and Patrick Murphy (D-FL), the Democratic leaders of the Florida House and Senate, an array of state senators and representatives and various other local officials and figures.

Moskowitz, the first and so far only Democratic candidate to enter the race for the 22nd Congressional District seat, is eager to cast himself as Deutch’s natural successor, pledging to carry on two of the South Florida representative’s top issues — Israel policy and gun control.

“Serving at the federal level is something that I’ve wanted to do since I was a little kid,” Moskowitz told Jewish Insider in a recent interview. “With the challenges we’re facing as a country, both internally and externally, I want to be in the room helping make those decisions for my community in the state of Florida and the country.”

Prior to his current post, the 41-year-old Moskowitz represented Coral Springs in the Florida House and was the director of the Florida Division of Emergency Management from January 2019 to April 2021.

Gun control issues hold a special resonance in Deutch’s district, which is home to Marjory Stoneman Douglas High School, the site of a 2018 mass shooting in which 17 people were killed. Moskowitz is also a graduate of the Parkland school, and his son was a student at a nearby preschool during the shooting. His son’s preschool teacher was the mother of one of the victims.

Several of the Stoneman Douglas victims’ parents have endorsed Moskowitz.

The other major planks of Moskowitz’s platform are “kitchen table issues” —  such as rising gas prices and rent increases, the latter of which he described as an “economic catastrophe” for some families — and protecting democracy — which he said is ”clearly under attack at home and abroad,” specifically mentioning the Jan. 6, 2021, Capitol riot.

Moskowitz’s entry into the race did not surprise South Florida Democrats — more than half a dozen local politicos who spoke to JI earlier this month said they expected him to throw his hat in the ring. 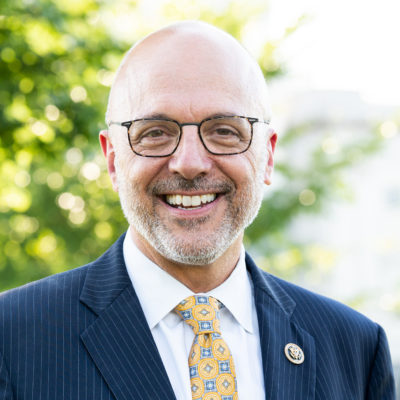 Should other Democrats enter the race, Moskowitz is likely to face scrutiny and criticism for his ties to Florida Gov. Ron DeSantis, a Republican, who appointed him to his roles at Emergency Management and the Broward County Commission — already a source of suspicion for some Democrats.

Wexler lauded Moskowitz’s Democratic credentials, saying he should be “judged on his performance, his record, his beliefs. And there’s nothing more dangerous than guilt by association” saying he has “not… even a remote concern.”

The former emergency management director touted his work in that role to ensure minority, homeless and low-income communities had access to COVID-19 vaccines, and touted his efforts to create a program to vaccinate Holocaust survivors in their homes.

Wexler, who had a long relationship with Michael Moskowitz told JI, “Jared and his dad were as close as can be, and one of the reasons I was excited to support Jared was because of Jared in his own right, but I also know that Jared will think about his father every day when he’s elected.”

Moskowitz’s family history also plays a central role in the aspiring congressman’s support for Israel. Several of his ancestors were killed in Auschwitz or in pogroms in Poland, and his grandmother and great-aunt were both part of the Kindertransport out of Germany.

“When I was young, my parents wanted me to understand the history of the Holocaust and why it was important, and then transitioning into why Israel was so important to have a Jewish state because of what had happened,” he said.

Moskowitz rattled off a long record of pro-Israel policies from throughout his time in elected office, including serving as a lead sponsor of Florida’s anti-BDS legislation, a resolution condemning UNESCO’s posture toward Israel and a resolution in support of former FBI agent Bob Levinson, who was allegedly kidnapping by Iran.

He also traveled to Israel with DeSantis in 2019, signing a Memorandum of Understanding with an Israeli counterpart during the visit. That agreement, he said, facilitated the Israeli Defense Forces’ assistance with rescue operations following the Surfside, Fla., condo collapse last year.

“[Israel] is not an issue that I just started caring about because I’m running for Congress, unlike some other people who may jump into this race,” he said. “This is something that’s been part of my fabric — this is something that Ted Deutch and I have been talking about since I was 20 years old.”

Although he has not endorsed Moskowitz, Deutch — who was tapped to lead the American Jewish Committee following the retirement of outgoing CEO David Harris later this year — praised the Democrat in a statement to JI.

“The U.S.-Israel relationship is personal to Jared, and he understands the importance of standing up and speaking out in support of Israel,” Deutch said. “I’m honored that he turns to me for guidance on these issues that matter so deeply to my constituents.”

Deutch has been one of the most vocal champions of Israel in the House — including a confrontation last year on the House floor with Rep. Rashida Tlaib (D-MI), during which he called Tlaib’s comments about Israeli policy antisemitic. Moskowitz indicated that he wants to take up that mantle.

“When I mean I’m going up there and it’s one of my core issues, it’s not just to have a voting record. It is to be that outspoken voice,” he continued. “There are big shoes to fill with Ted Deutch. No one is going to fill those shoes on day one. But I think I’m most positioned and poised to fill those shoes in due time.”

“It may be having to [speak out] against people in your own party, which may be uncomfortable, but it may be required,” he added.

Bernie Friedman, a former lobbyist for the Florida Association of Jewish Federations, worked with Moskowitz on Florida’s anti-BDS legislation.

“It’s sort of black-and-white, for Jared, on the pro-Israel issues, in the model of Ted Deutch,” Friedman told JI. “Jared is not going to engage in the politics of Israel… I think Jared, in my conversations with him, seems to take the philosophy that the government of Israel takes a policy position and we support that position without trying to second-guess or micromanage it.”

Like Deutch, Moskowitz opposed the 2015 nuclear deal with Iran, as well as the Trump administration’s decision to pull out of it. He did not offer a concrete position on the ongoing negotiations in Vienna, but said he’d be interested in a “stronger” deal.

He raised concerns about a “weaker” deal that could provide funds to Iran and insufficient snapback sanctions, and worried about an agreement that could give Russia a way around Ukraine-related sanctions.

In absence of a new deal, Moskowitz said ] it’s “so important to make sure that Israel has the advantage militarily not just to respond and protect the state of Israel, but also as a deterrent.”

He expressed support for a two-state solution between Israel and the Palestinians, calling for the U.S. to “help lead those discussions.” In order to be viewed as an “honest broker,” he added, the U.S. must continue humanitarian aid to the Palestinians, although he did add that he is concerned that some funding may be used to finance terrorism.

He said he “proudly” supports, and would work to expand, normalization efforts between Israel and Arab states, which he said have already “yielded tremendous opportunities.”

As the lead Democrat on the state House’s Appropriations Committee, Moskowitz touts a record of work in support of the state’s Jewish community, including ensuring funding for security grants, Holocaust museums, the state’s Holocaust Documentation and Education Center and a kosher meal program for seniors. He also led a bill to create a Holocaust memorial at the state Capitol.

“He has always stepped up for Jewish Broward [County] on both a substantive and appropriations front,” Evan Goldman, vice president of community relations and government affairs for the Jewish Federation of Broward County, said. “You’ve got lots of different interests asking members to show leadership and Jared has never — not once — dropped the ball on Jewish interests.”

At Emergency Management, Moskowitz was also responsible for coordinating state and federal security grants for religious institutions and nonprofits.

“We’re talking about dozens and dozens of Chabad centers… that have been able to be helped directly as a result of his involvement,” Rabbi Yankie Denburg, director of the Chabad of Southwest Coral Springs, told JI.

He also praised Moskowitz’s office for going “above and beyond” in assisting with paperwork issues for some synagogues.

“He jumped in and right away just said, ‘Sure, let me see what I could do [to] help you out,’” Mimi Jankovits, the former executive director of Teach Florida, an Orthodox Union affiliate that advocates on behalf of private schools. “One woman called and told [the] people on my team that these meals were a lifesaver.”

At the federal level, Moskowitz called for increased federal funding for the Nonprofit Security Grant Program and Holocaust education.

“We really need to educate people on the history [of antisemitism] and what is happening out there and why we’re targeted and how long it’s gone on,” Moskowitz said.

He also emphasized that lawmakers on both sides of the aisle need to call out antisemitism, including from their own colleagues. Moskowitz argued that this is part of why forming cross-party relationships is important.

“I think one of the biggest threats not just to the State of Israel but to the Jewish people is [if] Judaism, the Jewish state, and being Jewish, [become] a partisan issue,” he added. “Everyone needs to be working together to combat antisemitism.”