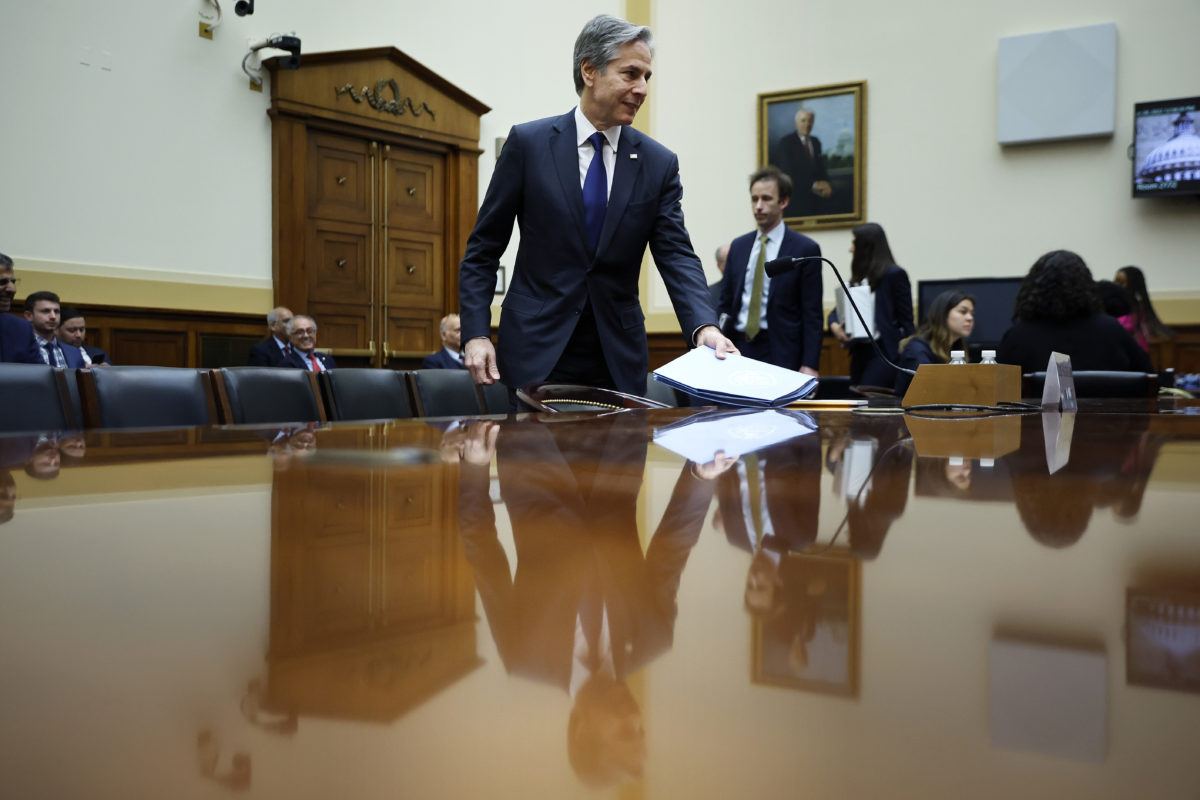 Despite high tensions and ongoing clashes between Israel and the Palestinians, Secretary of State Tony Blinken argued on Thursday that recent U.S. efforts to head off conflict have been largely successful.

The region is in the midst of a wave of violence, including clashes between Palestinians and Israeli security forces in Jerusalem, rocket attacks from Gaza and Lebanon and Israeli strikes in response to those attacks.

Blinken — who testified at budget hearings on Thursday with the House Foreign Affairs Committee and a House Appropriations subcommittee — said the administration has been “very focused” on preventing a repeat of last May’s conflict between Israel and terrorist groups in Gaza, during which over 4,000 rockets were fired into Israel and Israel repeatedly bombed sites in Gaza.

“We think it’s vital that the Palestinian Authority — for all of its shortcomings — be supported because the alternative is Hamas,” he continued. “And that’s in no one’s interest.”

Blinken clarified comments from earlier in the week about Iranian demands that the U.S. lift the Islamic Revolutionary Guard Corps’ terrorist designation as part of the deal. He had said that Iran would have to take certain unspecified actions for this designation to be lifted.

Asked directly if the IRGC would have to “cease support for terrorism” in order for the designation to be lifted, Blinken responded, “that’s correct.”

The secretary of state appeared to confirm that the sunset provisions in a new agreement would be the same as in the 2015 agreement, one primary concern cited by opponents of the prospective agreement.

Asked repeatedly whether the U.S. would agree to a deal with the same sunset provision dates, Blinken responded that “we are looking at getting back into mutual compliance with the agreement. That includes the various provisions that were in the agreement from the start, including the sunsets.”

Blinken said that, while Russia previously “took some steps within the negotiations to make life more complicated” — reportedly demanding carve-outs to Ukraine-related sanctions, which the U.S. rejected — “they are not currently an obstacle” to the negotiations. He added that nothing in the agreement would conflict with current sanctions on Russia.

But, Blinken added, “we would have to see whether [Russia] would actually cooperate” with provisions of the 2015 deal requiring them to remove and store Iran’s excess fissile material. “There’s no indications that they wouldn’t, but [it’s] something that we’d be looking at very carefully,” he said.

Continuing to address concerns about Russia’s role in the 2015 nuclear deal, Blinken emphasized that “they don’t have a role in verification” and that the other parties to the agreement “had the rights under that agreement, without Russia or without China, to hold Iran to account. Any agreement that we might conclude would have the same thing.”

Amid repeated questioning on the issue, Blinken did not explicitly commit to submitting any new deal in full to Congress for review, saying, “we will commit to following the law, including INARA,” referring to the Iran Nuclear Agreement Review Act, which requires the administration to submit any nuclear deal with Iran for congressional review.

“The lawyers will look at that, are looking at that,” he said. “If they make a determination that under INARA there are requirements that we have, of course we will follow those.”

Republicans have raised concerns that administration lawyers are attempting to manufacture a workaround to avoid submitting the agreement or parts of it to Congress. A congressional staffer familiar with the deliberations told JI the administration had confirmed it would submit a finalized deal to Congress for INARA review.

Blinken also deflected calls for a potential agreement to be submitted for Senate ratification as a treaty — an unlikely prospect given opposition to the talks from Republicans and some Democrats.

“The vast majority of multilateral agreements in the arms control, nonproliferation space are not codified as treaties,” he said. “In many instances, doing it in the way that we would do it gives us much greater flexibility to make sure that if, for example, there’s a violation of the agreement by the Iranians, we can act quickly to deal with that.”

During Thursday’s Foreign Affairs hearing, Rep. Ted Deutch (D-FL), a prominent Democratic opponent of the Iran deal in 2015 who — unlike some of his Democratic colleagues — has remained largely mum about the current talks, weighed in on the U.S.’s Iran strategy.

“The [Joint Comprehensive Plan of Action] is not obviously a policy to address everything that Iran represents… We should lead our partners in the region — Israel, the Abraham Accords nations, our other partners in confronting Iran — to address all of Iran’s actions,” he said.

Blinken emphasized that reentering the agreement would not stop efforts by the U.S. and its partners — including sanctions, bomber overflights, defensive aid and increased cooperation — to counter Iran.

“As we go forward, instead of talking about Plan B if there is no JCPOA, I would just respectfully suggest that Plan A always be and continue to be exactly what you described just now,” Deutch responded.