The Democrats, joined by nine Republicans, object to some of the major publicly reported provisions of the pending deal 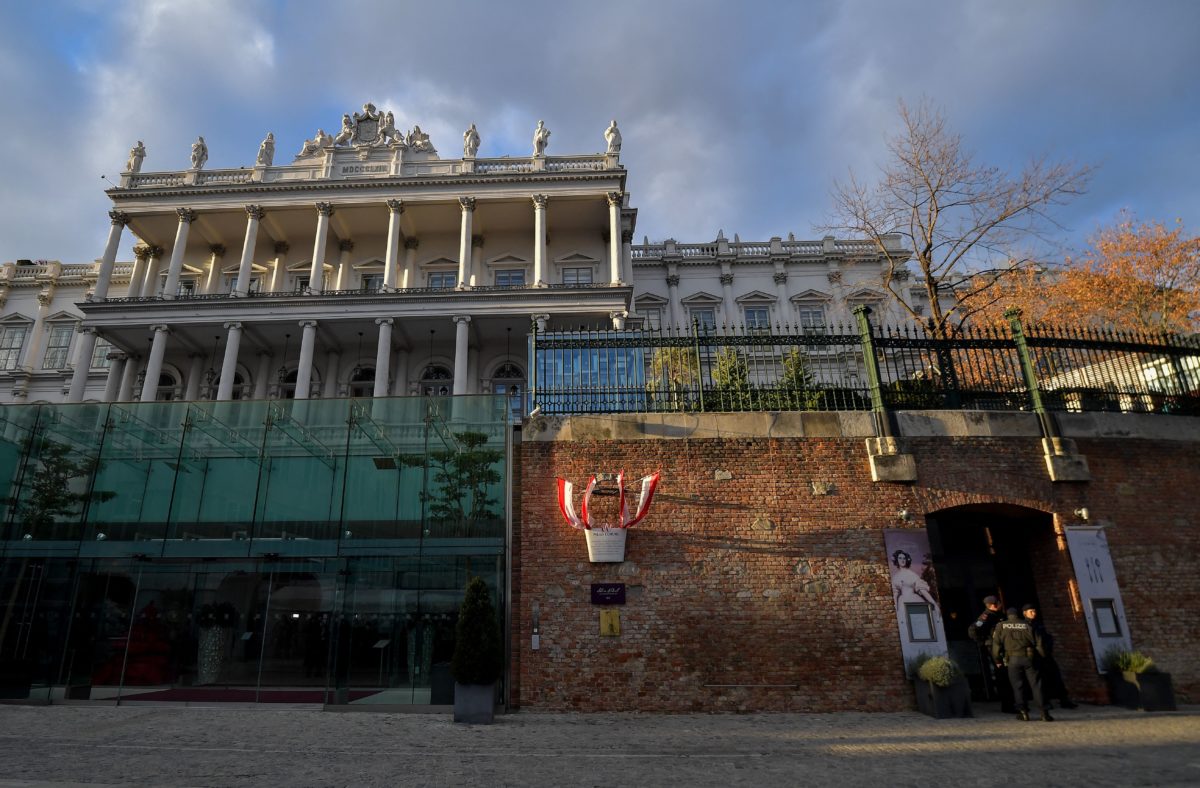 Austrian police guards are seen outside of the Coburg palace during a meeting of the Joint Comprehensive Plan of Action.

A bipartisan group of House members, including 12 Democrats, sent a letter, obtained by Jewish Insider, to President Joe Biden on Thursday indicating plans to oppose the forthcoming Iran nuclear agreement and expressing their concerns about some of the publicly reported provisions. They’re joined by a few other House Democrats who expressed similar concerns about the deal to JI.

Writing in the letter, “from what we currently understand, it is hard to envision supporting an agreement along the lines being publicly discussed,” the members, 12 Democrats and nine Republicans, emphasize their concerns about the possibility of lifting both the Islamic Revolutionary Guard Corps’ designation as a Foreign Terrorist Organization and sanctions on members of the Supreme Leader’s inner circle.

With these provisions, alongside other sanctions relief expected in the agreement, the lawmakers argue, “the United States would be providing a clear path for Iranian proxies to continue fueling terrorism” and would also break a commitment by Secretary of State Tony Blinken during his confirmation hearing not to lift terrorism sanctions on Iran.

The lawmakers requested a briefing from the administration within a week on a series of questions pertinent to the deal.

The lawmakers explain that their “support will be contingent largely on satisfactory answers to [those] questions.”

Other House Democrats in addition to the letter’s signatories have also expressed skepticism about the deal.

Speaking to JI last week following a trip to Israel, Rep. Kathleen Rice (D-NY) said concerns from 2015 agreement remained unaddressed, adding, “I just don’t know if we’re going to be able to” rejoin the Joint Comprehensive Plan Of Action as it existed in 2016 given how the situation has changed since then.

Rep. Lois Frankel (D-FL) told JI on Wednesday, “Secretary Blinken has promised repeatedly that any agreement with Iran would need to be ‘longer and stronger’ than the original flawed agreement and that the administration would engage on Iran’s ballistic missile program, international terrorism and other destabilizing activities throughout the region.”

She said she agreed with Sen. Bob Menendez (D-NJ) that the U.S. should be aiming to reach “the right deal, not just any deal.”

Freshman Rep. Kathy Manning (D-NC), who said at the outset of her term that she opposes the deal, said in a statement Wednesday that a new deal “must be stronger and last longer” and, “from the information we have received so far, I have serious concerns.”

Manning echoed the letter’s call for a briefing on a range of issues related to the deal.

“A better deal must be based on more than the hope and vague assurances we have seen so far,” she added.

And Rep. Ritchie Torres (D-NY), who is also skeptical of the deal, said earlier this week it is “cognitive dissonance” to rely on Russia as a mediator in the talks, in response to a comment from the Russian negotiator that the draft deal is better than expected for Iran.

The letter’s Democratic signatories include several members elected since the original deal was debated in Congress, as well as some of the deal’s longtime detractors. The eight other House Democrats remaining in office who opposed the deal in 2016 did not comment on their current positions on the deal.

Norcross told JI on Wednesday, “so many of the issues we had in 2015 are reemerging as part of these discussions” — including the sunsets involved in the original agreement and the sanctions relief it provided to the Iranian regime.

“Based on what I’m hearing, it is not encouraging to me that this is going in a direction that I could be supportive,” he said.

Norcross also expressed concern about a provision of the deal that would reportedly require Iran to ship some of its nuclear material stockpile to Russia, which he said “should send chills up everybody’s spine.” The New Jersey congressman said his “red line” is that Iran should never be allowed to have nuclear weapons.

Other Democrats are staying mum for now.

A spokesperson for Rep. Anthony Brown (D-MD) — who co-organized a letter from 70 Democrats and 70 Republicans last year calling for a broader agreement addressing Iran’s nuclear program, ballistic missiles, terrorism and human rights violations — told JI on Wednesday that Brown “is looking forward to reviewing the finalized deal from the Biden administration and will have more to say once those details are public.” He did not respond to questions about what specifically he is hoping to see in the agreement.

“It’s astounding and shameful [that] the Biden administration is so desperate to rely on [Russian President Vladimir] Putin’s cronies to negotiate with Iran on America’s behalf,” Waltz told JI. “This deal will not only enrich the biggest state sponsor of terror but will further destabilize the region and create an arms race in the Middle East. Republicans in Congress have made clear this deal is not binding and we will continue to hold Iran accountable for their nuclear ambitions.”

Even if Luria, Gottheimer and the rest of the Democratic signatories on the letter oppose the deal — likely giving the deal’s opponents a majority in the House — it’s unlikely that Congress would be able block its implementation, a similar situation to what opponents faced in 2015.

Opponents would need 60 votes against the deal in the Senate, but only two Senate Democrats have signaled opposition. Menendez expounded for nearly an hour last month about the flaws with the original deal and his objections to the negotiations, and Sen. Ben Cardin (D-MD) said he has “expressed major concerns.”

Senate Majority Leader Chuck Schumer (D-NY) opposed the deal in 2015 but told reporters last week, “There were problems with the Iran deal originally and many of us have urged in these discussions [that] the Biden administration deal with those problems, but I think the discussions are important and good.”

A Schumer spokesperson declined to further clarify the majority leader’s position on the deal as currently outlined in public reports.

Meanwhile, several Senate Republicans held a press conference on Wednesday lambasting the negotiations taking place in Vienna, objecting in particular to Russia’s role in mediating the agreement in light of its invasion of Ukraine.

Following that press conference, Sen. Ted Cruz (R-TX), who organized the event, told JI that “the only approach that has a reasonable chance of stopping a nuclear Iran is maximum pressure” on the Iranian economy, with an end goal of regime change.

“I don’t believe the ayatollah will ever stop pushing for nuclear weapons,” Cruz said. “I believe we should continue to ratchet sanctions up until the Iranian people rise up and achieve new leadership.”