The secretary of state said Iran would have to take ‘necessary steps’ for the designation to be removed, but also argued that it is largely ineffectual 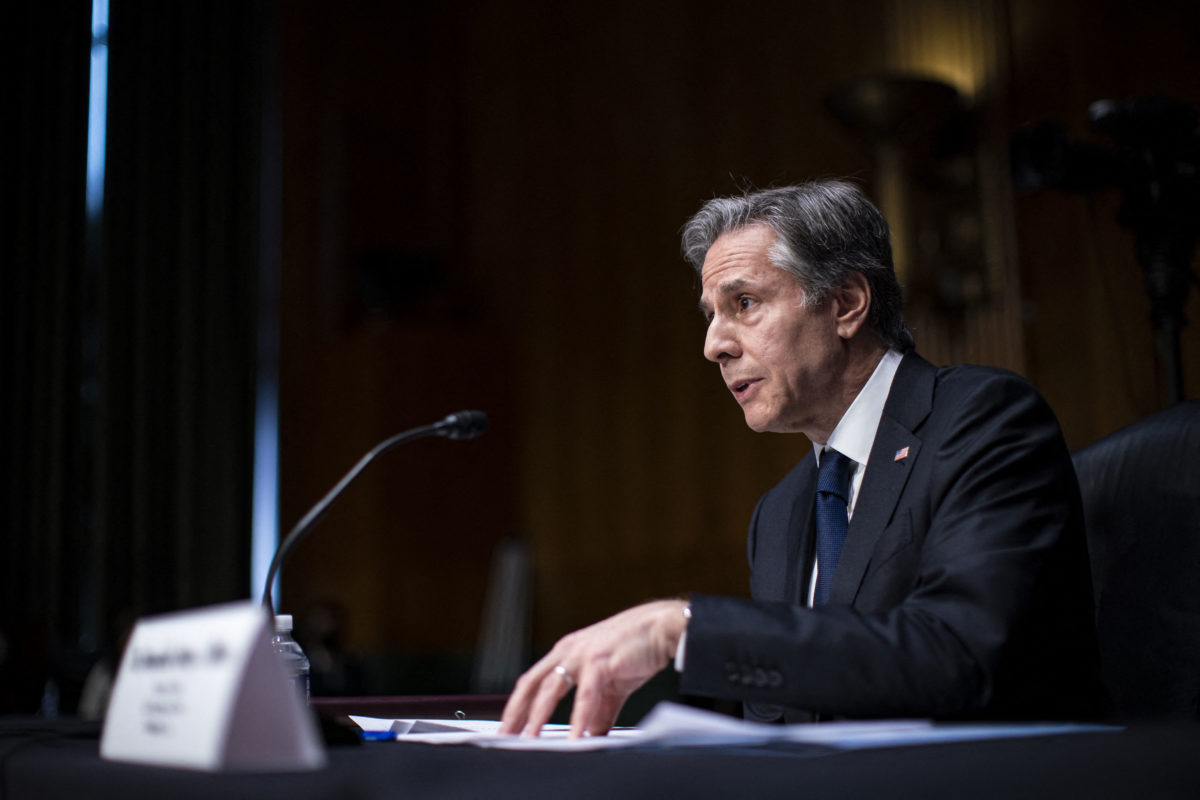 Secretary of State Tony Blinken said on Tuesday that lifting the Islamic Revolutionary Guard Corps’ designation as a Foreign Terrorist Organization (FTO) would require Iran to take unspecified “steps,” but also argued that, “as a practical matter, the designation does not really gain [the U.S.] much.”

The designation is reportedly the key sticking point in nuclear talks between the U.S., Iran and other international partners, which have once again stalled over the disagreement. Recent reports indicate that the talks, which are taking place in Vienna, are close to collapsing.

“The only way I could see [the FTO] being lifted is if Iran takes steps necessary to justify the lifting of that designation. So it knows what it would have to do in order to see that happen,” Blinken told the Senate Foreign Relations Committee during testimony over the State Department’s 2023 budget request. “It would require Iran to take certain actions and to sustain them.”

But, Blinken continued, “If [Iran] purported to do something and then didn’t… [FTO designation] can always be reimposed.”

Pointing to the previous opposition to the designation from top officials in the Bush, Obama and Trump administrations, Blinken argued that the designation may do more harm than good.

“In the judgment of the [George W. Bush and Obama] administrations and senior leadership in President [Donald] Trump’s administration, the gain was minimal and the pain was potentially great,” Blinken continued. “And as a practical matter, the designation does not really gain you much because there are myriad other sanctions on the IRGC.”

The main impact of the FTO, beyond other sanctions measures, is a travel ban on IRGC members, including conscripts, even though “the people who are the real bad guys have no intention of traveling here anyway,” Blinken argued. He added that the Biden administration has issued 86 additional sanctions against the IRGC, which would remain in place regardless of a nuclear deal or delisting.

“In one way or another, both the entity as a whole and its component parts, individual members, will remain on the books irrespective” of a nuclear deal, Blinken said.

Throughout the hearing, Blinken acknowledged “imperfections” in the 2015 nuclear deal but said that reentering it would be the best way of staving off Iran’s nuclear ambitions.

Critics of the deal have highlighted that some of the sunset provisions in the original deal will soon expire. Blinken did not address questions about previous comments by State Department officials that a failure to reach a deal by the end of February would significantly decrease its effectiveness.

“That [2015] agreement was working by all objective accounts,” Blinken said. “In fact, now we have many Israeli colleagues from the security establishment who’ve come out and said publicly that it was a huge mistake to pull out of the agreement because on its own terms, [it was] preventing Iran from acquiring the fissile material necessary for a weapon.” Trump withdrew the U.S. from the deal in 2018.

Blinken’s mention of Israeli officials appears to be a reference to comments from a select group of former Israeli officials who opposed withdrawing from the deal. Most officials in Israel’s security establishment and current government publicly oppose the agreement.

The secretary of state pushed back against criticism that the deal addresses only enrichment and not the weaponization element of Iran’s nuclear weapons program, claiming that public information indicates weaponization “stopped some years ago” and that weaponization is difficult to monitor and verify.

“That work happens in a room a 10th the size of this one at a computer in ways that we or the Israelis may not be able to see immediately in real time, may not be able to track,” he said. “Hanging your hat on the peg of weaponization is a very risky one. That’s why this agreement was designed around fissile material.”

He repeatedly said that the Trump administration’s maximum pressure sanctions policy had failed.

“Whatever the intent, it did not produce results. On the contrary, it produced a more dangerous nuclear program, a breakout time that went from a year to a matter of weeks and an Iran that was acting with more destabilizing effect throughout the region, including endangering and attacking our own forces in ways that it hadn’t before,” he said.

Some of the deal’s opponents have framed a U.S.-backed Israeli strike on Iranian nuclear facilities as a viable alternative to a diplomatic solution in preventing Iran from achieving a nuclear weapon.

Blinken said that the military has determined that a strike would “set back” but not eliminate Iran’s nuclear program, which it would “rebuild — probably even more underground and rebuild it a lot faster than a nuclear agreement would allow the Iranians to resume.”

Questioned about whether Iran is attempting to assassinate former Secretary of State Mike Pompeo and other Trump administration officials, Blinken confirmed that “there is an ongoing threat against American officials both past and present,” but declined to specify who Iran is targeting.

“Within the context of any engagements that we have, directly or indirectly, with Iranians, one of the strong messages we send to them is they need to stop targeting our people, period,” he continued, declining to say how Iran has responded to those demands.

Blinken committed to sending a representative to testify publicly before the Senate Foreign Relations Committee on Iran before the Memorial Day recess next month. Most of the discussions between Congress and the administration on the issue have thus far remained behind closed doors.

“That will continue to be the case going forward. It is however important to us to have maximum flexibility in being able to deal with this and deal with this effectively,” Blinken said. “[Human rights] will remain a central part of our policy even as we work to strengthen what is a vital partnership for us.”

He also speculated that Egypt might reconsider its growing military cooperation with Russia in light of Russia’s technical and strategic failures in Ukraine. “That presents a strategic opportunity for us, one we want to make sure that we also have flexibility to take advantage of.”

Blinken will be on Capitol Hill throughout the week for a series of budget hearings with various congressional committees, appearing before the Senate Appropriations Committee on Wednesday and the House Appropriations and Foreign Affairs Committees on Thursday.