The group has invested in primaries in Pennsylvania’s 12th Congressional District, Ohio’s 11th and the 1st and 4th Districts in North Carolina. 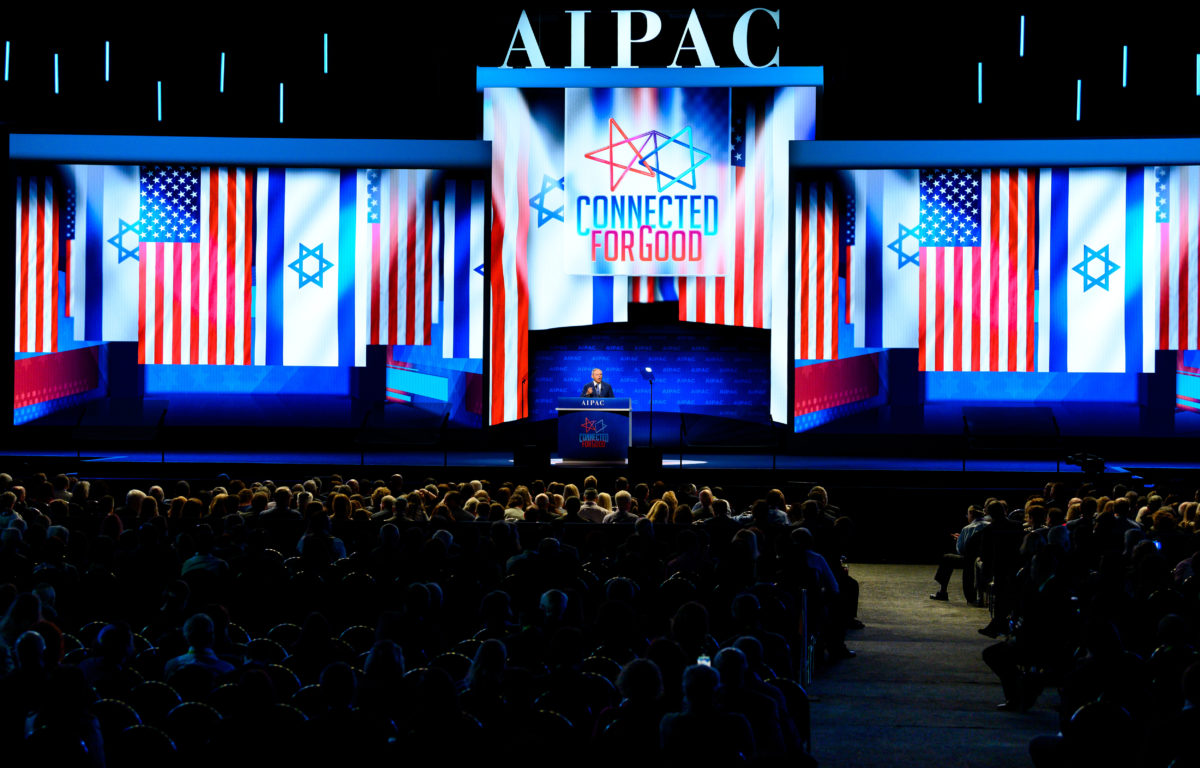 AIPAC’s new super PAC, the United Democracy Project, has focused all of its spending so far — $1.2 million — on four Democratic primary races, according to FEC filings.

The super PAC raised $15.7 million in the first quarter — $8.5 million of that from AIPAC itself — and has so far spent $1.2 million across four Democratic primary races set for early May: Pennsylvania’s 12th Congressional District, Ohio’s 11th and the 1st and 4th Districts in North Carolina. It made no expenditures for or against Republicans. Its spending included expenditures in support of three Democrats and against two. AIPAC’s PAC has endorsed more than 300 candidates as of last week, all but 10 of them incumbents.

UDP shared with Jewish Insider ads the group has run in the four districts, none of which make any mention of U.S.-Israel relations or Israeli policy, focusing largely on divisions within the Democratic Party and the candidates’ broader policy platforms.

“We intend to be active in a significant number of races where there is a clear difference between a candidate who supports a strong U.S.-Israel relationship and a candidate that does not or who may seek to undermine that relationship,” UDP spokesperson Patrick Dorton told JI. “Our goal is to help build the broadest bipartisan coalition of candidates who support the U.S.-Israel relationship… Our activist donors, who include one of the largest donors to the Democratic Party, are focused on ensuring that we have a U.S. Congress that, like President Biden, supports a vibrant and robust relationship with our democratic ally, Israel.”

AIPAC’s PAC has faced criticism for endorsing more than 100 Republican incumbents who voted against certifying the 2020 presidential election results.

In Pennsylvania, UDP spent $347,000 opposing community organizer Summer Lee, who has faced accusations that she is anti-Israel, which she pushed back on in an event with the Pittsburgh Jewish Community Relations Council earlier this month. Lee is squaring off against Steve Irwin, a centrist candidate endorsed by AIPAC, for the party’s nomination.

The ad opposing Lee, a former Democratic Socialist, attacks her for her past criticism of other Democrats, particularly President Joe Biden, and her opposition to the bipartisan infrastructure package, accusing her of doing “everything in her power” to “dismantle” the Democratic Party.

UDP ran an ad praising Brown for “already getting it done for us” since taking office and attacking Turner as “too busy fighting other Democrats to get anything done.” It highlights Turner’s past criticism of Biden and the 2020 Democratic Party platform.

The ad is similar to — and highlights many of the same comments by Turner — as those run by Democratic Majority for Israel’s super PAC ahead of last summer’s special election.

In North Carolina, UDP spent $294,000 supporting state Assemblymember Valerie Foushee. Foushee is running against a range of candidates including activist and Durham County Commissioner Nida Allam, who is a longtime vocal critic of Israel. Foushee has been endorsed by AIPAC, and the pro-Israel group’s support led the North Carolina Democratic Party’s Progressive Caucus to withdraw its own endorsement.

UDP’s ad in support of Foushee details her past activism on education and voting rights.

The group also spent $326,000 supporting state Sen. Don Davis, who is running against former state Sen. Erica Smith. AIPAC has attacked Smith for past tweets regarding the 2021 conflict between Israel and terrorist groups in Gaza and for voting against an anti-Boycott, Divestment and Sanctions bill. J Street, the liberal pro-Israel lobby group, is backing Smith.

UDP’s ad in the district describes Davis’ military background and past work on teacher pay, maternal health and Medicaid and his support for voting rights, affordable healthcare and abortion rights. AIPAC has also endorsed Davis.