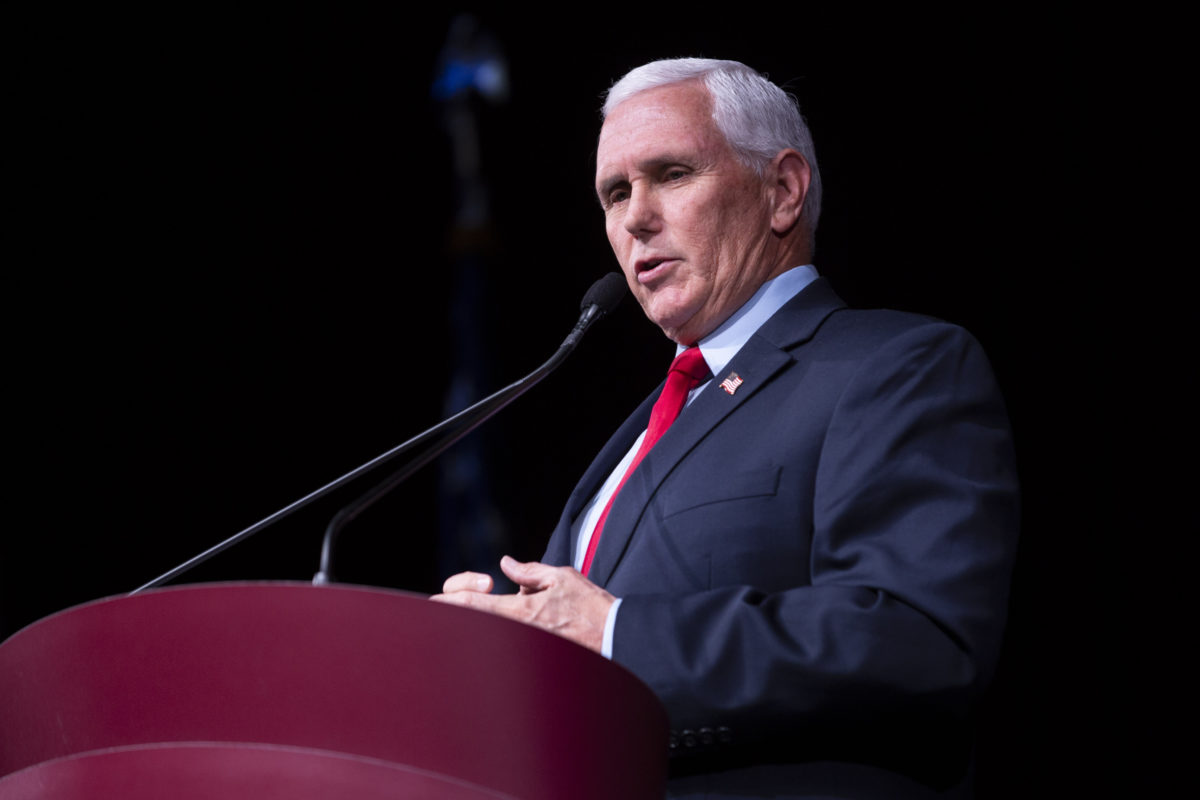 Amid speculation over the 2024 Republican presidential primary field, former Vice President Mike Pence met for dinner with Dr. Miriam Adelson, the influential GOP megadonor, at her home in Jerusalem on Monday night, just hours after he had touched down in Israel for a multi-day trip through the Middle East.

The former vice president’s meeting represents what is at least his second audience with the billionaire Republican benefactor in about four months. According to Politico, Pence was among a small group of potential presidential candidates who spoke with Adelson during the Republican Jewish Coalition’s annual leadership conference last November in Las Vegas.

While Adelson has remained relatively quiet since the January death of her husband, the casino magnate and Republican powerbroker Sheldon Adelson, she has reportedly upped her political involvement in recent months and intends to spend heavily in forthcoming cycles.

The Monday night confab in Israel was confirmed by Tom Rose, a former Pence senior advisor and close confidante who is accompanying the former vice president on his trip through the region — which will include a stop in Morocco — this week. Rose did not provide details of the conversation, aside from describing the dinner as “lovely.”

It remains to be seen if Pence — who is now at work on a memoir that is set to be published by Simon & Schuster in 2023 — will mount a bid for the presidency in 2024, particularly as former President Donald Trump entertains seeking another term.

In an interview on Tuesday with Maria Bartiromo of Fox Business, Pence said he is now focused primarily on the 2022 midterm elections but did not rule out the possibility of running the following cycle, noting that, “at the right time,” he and his family “will reflect and consider how we might participate in that process.”

Last summer, Rose told JI that he believed Pence would be unlikely to seek the Republican presidential nomination if Trump enters the race.

“I would strongly doubt that the vice president would actively run against President Trump in a Republican primary,” said Rose, a former publisher of the Jerusalem Post who has known Pence for decades. “If the president decides not to run,” he added, “I think the vice president is an incredibly serious candidate.”

Still, Pence — who hosted a star-studded GOP donor retreat last August in Jackson Hole, Wyo., as part of an effort to raise money for his recently launched advocacy group, Advancing American Freedom — has recently sought to differentiate himself from the former president.

Speaking to Republican donors in New Orleans last week, Pence took a veiled jab at Trump when he declared that “there is no room in this party for apologists” of Russian President Vladimir Putin, whom the former president recently described as “very savvy” and a “genius” amid mounting tensions between Russia and Ukraine.

In an interview with Israel Hayom this week, Pence, who is in Israel to receive an honorary degree from Ariel University, also took aim at the Biden administration’s continued negotiations with Russia over a new nuclear agreement with Iran.

“It would be bad in a peace time to be restarting the Iran nuclear deal,” Pence said, “but to literally be working with the Russians to achieve some once again deeply flawed and dangerous agreement with the ayatollahs in Iran is just utterly unacceptable.”

In another sign of a more aggressive approach, Pence is launching a $10 million ad buy through Advancing American Freedom that will target House Democrats who are up for reelection this cycle over energy production and the crisis in Ukraine, according to Axios.

The former vice president’s trip to Israel comes in the wake of several Democratic and Republican congressional delegations to the region that took place in February.

It also follows visits from possible future Republican presidential candidates, including former Secretary of State Mike Pompeo and former U.S. Ambassador to the U.N. Nikki Haley, who traveled to Israel after the conflict with Hamas last May.

Pence last traveled to Israel in January 2020. Before leaving office, he had been scheduled to visit Israel on an international tour, but the trip was canceled in late December.

Upon his arrival in Israel on Monday, Pence tweeted that he and his wife, Karen, “are truly blessed to be back in the Holy Land. America Stands With Israel!”

On Tuesday, Pence met with Israeli Prime Minister Naftali Bennett and President Isaac Herzog. He also visited the Western Wall in Jerusalem, where he prayed and slipped a note between the stones.

“Israel must be strong,” Pence told the rabbi of the Western Wall, Shmuel Rabinowitz, and the director of the Western Wall Heritage Foundation, Mordechai Eliav, both of whom greeted him and his wife at the site, according to a spokesperson for the foundation. “That’s what we pray for.”

Pence will meet with Israeli Foreign Minister Yair Lapid on Wednesday before traveling on to Morocco.

The trip — during which Pence hopes to meet with King Mohammed VI of Morocco, among others, according to Rose — is part of an effort to bolster the Abraham Accords, which normalized relations between Israel and several Arab nations in a series of diplomatic agreements brokered by the Trump administration during the latter half of 2020.