Mike Pence to visit Israel and Morocco in early March

Former VP to get honorary degree at Ariel University; will travel on to Morocco 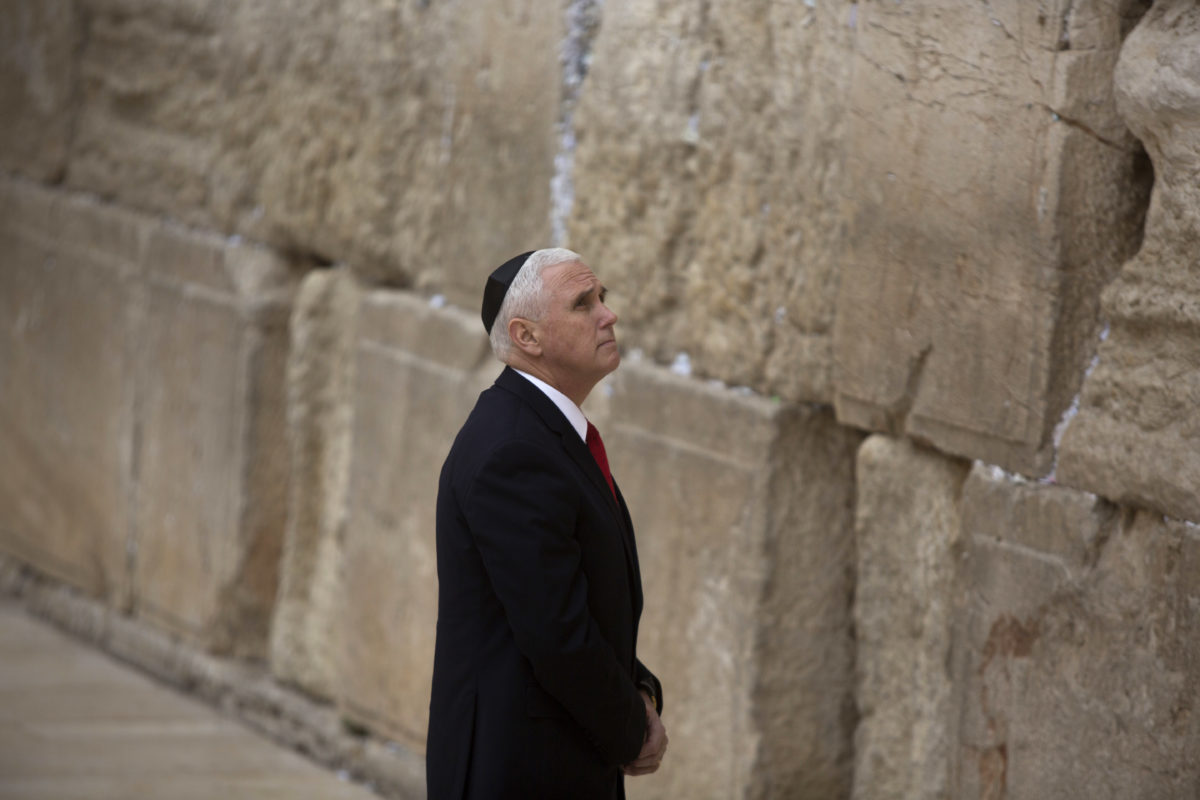 Vice President Mike Pence is seen during a visit in the Western Wall on January 23, 2018, in Jerusalem, Israel.

Former Vice President Mike Pence is scheduled to visit Israel on March 7 for two days, and will then travel to Morocco in an effort to bolster the Abraham Accords, Jewish Insider has learned.

The occasion for the Israel trip is to accept an honorary doctoral degree from Ariel University in the West Bank, according to Tom Rose, a close confidante and former senior advisor to Pence who will be accompanying the former vice president on his visit early next month.

David Friedman, the former U.S. ambassador to Israel, who recently published a memoir about his experience working in the Trump administration, will also receive a degree alongside Pence.

Pence last went to Israel in January 2020, on the eve of the coronavirus pandemic. Before leaving office he had been scheduled to travel to Israel on an international tour beginning on Jan. 6, the day of the Capitol riot, but canceled the trip in late December.

“As you may remember, things didn’t quite work out,” Rose quipped to JI in a brief interview on Thursday. “This is a makeup trip.”

“He wants to go back and make new acquaintances,” Rose said of Pence.

The trip to Israel will come on the heels of a number of recent high-profile visits by American officials, including House Speaker Nancy Pelosi (D-CA) and Sen. Lindsey Graham (R-SC), who are both in Israel this week.

Pence has often spoken of a personal connection with Israel that is rooted in his evangelical faith. In 2018, he became the first American vice president to speak before the Knesset.

During his time in the White House, Pence played a behind-the-scenes role in influencing many of the Trump administration’s major foreign policy achievements in the Middle East, including the normalization deals between Israel and a number of Arab nations known as the Abraham Accords, according to allies of the former vice president with knowledge of his involvement.

The Accords established diplomatic ties between Israel and the United Arab Emirates and Bahrain as well as Sudan and Morocco. As part of the deal, the Trump administration agreed to recognize Moroccan sovereignty over Western Sahara, a policy at odds with the United Nations.

The agreement became a subject of controversy this week when Rep. Jamaal Bowman (D-NY) announced that he planned to withdraw his support for and vote against bipartisan legislation aimed at strengthening and expanding the Abraham Accords.

Bowman cited the Western Sahara issue as partly motivating his decision to pull his co-sponsorship of the Israel Relations Normalization Act, which has 328 bipartisan co-sponsors in the House.

Pence will be visiting Morocco — his first trip to the Arab nation — on his way home from Israel “to buttress his faith in that element of the Abraham Accords,” according to Rose.

He added that the former vice president would be meeting with “senior government officials” in the North African country but that his schedule had not yet been finalized.