At RJC, a glimpse of a party trying to capitalize on recent gains

LAS VEGAS — Buoyed by GOP victories last Tuesday, the Republican Jewish Coalition leadership conference — a key stop for potential 2024 presidential candidates and other party luminaries — held in Las Vegas over the weekend offered a model for the party’s midterm strategy.

The conference — a “kosher cattle call,” in the words of former White House press secretary and RJC board member Ari Fleischer — showed a Republican Party that is embracing the policies of former President Donald Trump, but which is trying to move past him as the party’s singular center of gravity.

Multiple attendees who spoke to Jewish Insider were upbeat about the party’s chances of picking up big wins in the 2022 midterms following last week’s GOP victories. Rarer were those who were enthusiastic about the possibility of Trump running for the presidency again in 2024, although, as one attendee noted, none of them are likely to be able to influence the former president’s decision.

“This is an incredible day, an amazing turnout, incredible amount of energy,” RJC Executive Director Matt Brooks told reporters. “The results from Tuesday, it’s got everybody excited… And we’re thrilled to be able to bring people together to continue… to build on the increasing support for the Republican Party within the Jewish community.”

A similar message came through in speeches from rising GOP stars and party mainstays throughout the weekend, who seemed uniformly confident about the party’s prospects next year. Trump largely took a back seat during the weekend’s events as speakers talked up their own records on issues like foreign policy and education and bashed President Joe Biden and Democrats.

But nearly every speaker, even those most critical of him, was sure to mention and praise the former president, at least in passing. And his aggressive style of politics was clearly on display in some of their remarks. Frequent attacks on Democrats, particularly the far-left “Squad,” consistently garnered cheers from the audience.  And chants of “let’s go Brandon” — a shorthand insult to Biden — started by a contingent of college students in attendance interrupted speeches throughout the weekend.

First in the Jewish Nation

For GOP hopefuls, Israel is the new Iowa

Among the popular speakers at the conference — garnering the most and loudest applause — were Pence, Cruz and Haley.

All three played to the top issues for many in the RJC’s audience, focusing on the 2015 Iran nuclear agreement, aid to the Palestinian Authority and the Abraham Accords

“Thank you for the privilege of serving in the most pro-American, pro-Israel administration in American history,” Pence said in comments that offered no hints as to his potential future plans. “Under the Trump-Pence administration, if the world knew nothing else, the world knew this: America stands with Israel… President Joe Biden has turned his back on Israel.”

Cruz praised Trump but emphasized his own role in some of the former president’s signature foreign policy moves — relocating the U.S. Embassy in Israel to Jerusalem and pulling out of the Iran deal, decisions that are highly popular with the RJC crowd.

The Texas senator said that some officials in the Trump administration opposed both moves, but he helped convince the former president to ignore those who disagreed.

“I engaged actively, directly and repeatedly with the president,” Cruz said of his advocacy on the embassy issue. “I urged the president, I said, ‘Look, if we want to see peace, nothing produces peace more than clarity, than absolute clarity.’”

On the Iran deal, Cruz stressed his role in supporting the withdrawal from the 2015 agreement. “Once again I repeatedly went to the president in the Oval Office saying sending billions of dollars to the Ayatollah Khamenei who chants ‘Death to America’ and ‘Death to Israel’ is a recipe for destruction and death,” Cruz said.

Haley turned heads with a broadside against pro-Israel lobbying powerhouse AIPAC, saying the organization’s bipartisanship is causing it to “lose sight” of its core mission, rattled off a litany of grievances from her time at the U.N. and argued that the Biden administration can’t be counted on to defend Israel from Iran.

Pompeo, who spoke to a closed-door audience on Thursday evening and did not deliver public remarks, also received an enthusiastic reception, according to attendees at the private dinner.

Trump’s own prerecorded virtual speech, in which the former president appeared to stick mostly to prepared remarks, made few waves, particularly in comparison to his more controversial appearances at the RJC in 2015 and 2019.

“No president has ever been a better friend to the State of Israel and I am proud of that,” Trump said in the prerecorded remarks, adding that “Biden is bowing down to the Iranian leadership and threatening Israel security and safety like never before.”

Trump’s brief remarks were not advertised as part of the program ahead of the conference and were slotted into the middle of the conference’s third day, between a national security panel with two Republican members of Congress and a speech by DeSantis.

They focused their speeches on issues such as education and pandemic-related restrictions, more briefly noting traditional Jewish community issues like the Boycott, Divestment and Sanctions movement and concerns over left-wing antisemitism.

Noem, who gained national attention last year for her fierce opposition to pandemic-related restrictions, appeared to have dialed back her rhetoric.

“The last thing I want to ask you to do before I leave is be happy,” Noem added as she closed out her speech.

Chris Sununu, the governor of New Hampshire who is considering running for Senate in 2022, echoed this theme.

“We cannot be a party that just says, ‘We’re not Joe Biden, Joe Biden’s awful’… everybody knows how awful Joe Biden is,” Sununu said. “You have to be for something. You have to drive forward. That’s what Glenn Youngkin did.”

Sununu was also more explicit that his party needs to move on from relitigating the results of the 2020 election.

“If you are sitting here talking about 2020, or you are worried about who’s going to run in ‘24, you are missing the boat,” he said.

Christie, once a firm Trump backer who has since distanced himself from the former president, made the clearest plea for his party to move on from Trump-style politics. 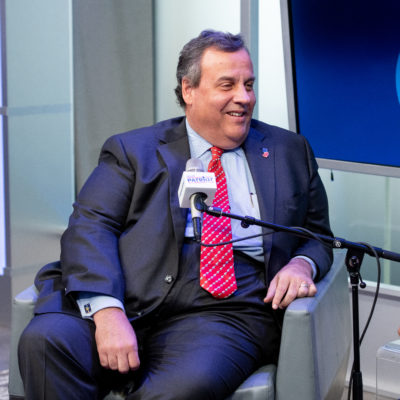 Christie told the audience “don’t rationalize and accept anything less than truth-telling, sincerity, honesty and integrity and a plan for tomorrow.”

Sen. Lindsey Graham (R-SC) emphasized that the party should focus on 2022 before worrying about its 2024 nominee, but also boosted several of the party’s 2024 hopefuls. 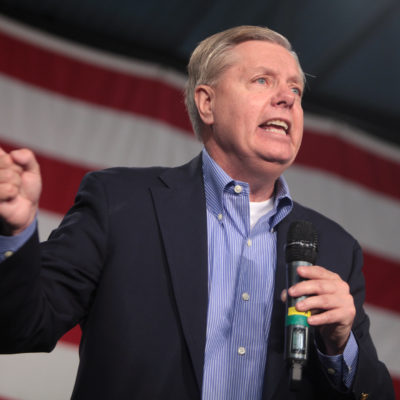 Is Lindsey Graham in trouble? His closest allies aren’t sweating it

In a press conference over the weekend, Rep. Lee Zeldin (R-NY), the likely frontrunner for the Republican nomination for governor of New York, seemed to recognize that his path to victory in the traditionally blue state does not lie with Trump.

Asked if he’d like the former president to come to New York to campaign with him — something Trump did not do for Youngkin in Virginia — Zeldin did not offer a firm answer.

“With regards to anyone, when you talk about endorsements, there are people who that endorsement means an awful lot to and we’re gonna be smart in how we approach this campaign, understanding that the end of the day we might be battling for votes in Flushing, Queens, amongst Democratic Asian-American parents who care deeply about their son and daughter’s education… or the Hispanic Americans in the South Bronx who aren’t looking back, they’re looking forward,” Zeldin said, listing off areas that are typically Democratic strongholds.

RJC leadership also appeared keen to keep their focus on 2022.

“This election is about 2022. It’s not about elections that have come before 2020, and it’s not about 2024,” Fleischer said in a press conference. “The election Tuesday night in Virginia, in New Jersey, on Long Island, across the country, showed that it’s about the here and now. That it’s not about President Trump or anyone else.”

With an eye on Albany, Zeldin targets antisemitism in education

Fleischer added that Trump was not the focal point of many of the races on Tuesday.

The convention also featured numerous tributes to Sheldon Adelson, the Republican mega-donor and avid Israel supporter who died last January. Adelson was a major backer of the RJC and owned the Venetian Hotel, which has hosted the RJC conference for years.

Adelson’s widow Miriam, who has largely halted her spending since her husband’s death, met on the sidelines of the conference with Republican leaders to pledge that she’ll continue to be a major funder of Republican politics.