‘I am like an umpire… I call balls and strikes as I see them,’ Lipstadt said of her approach to combating antisemitism 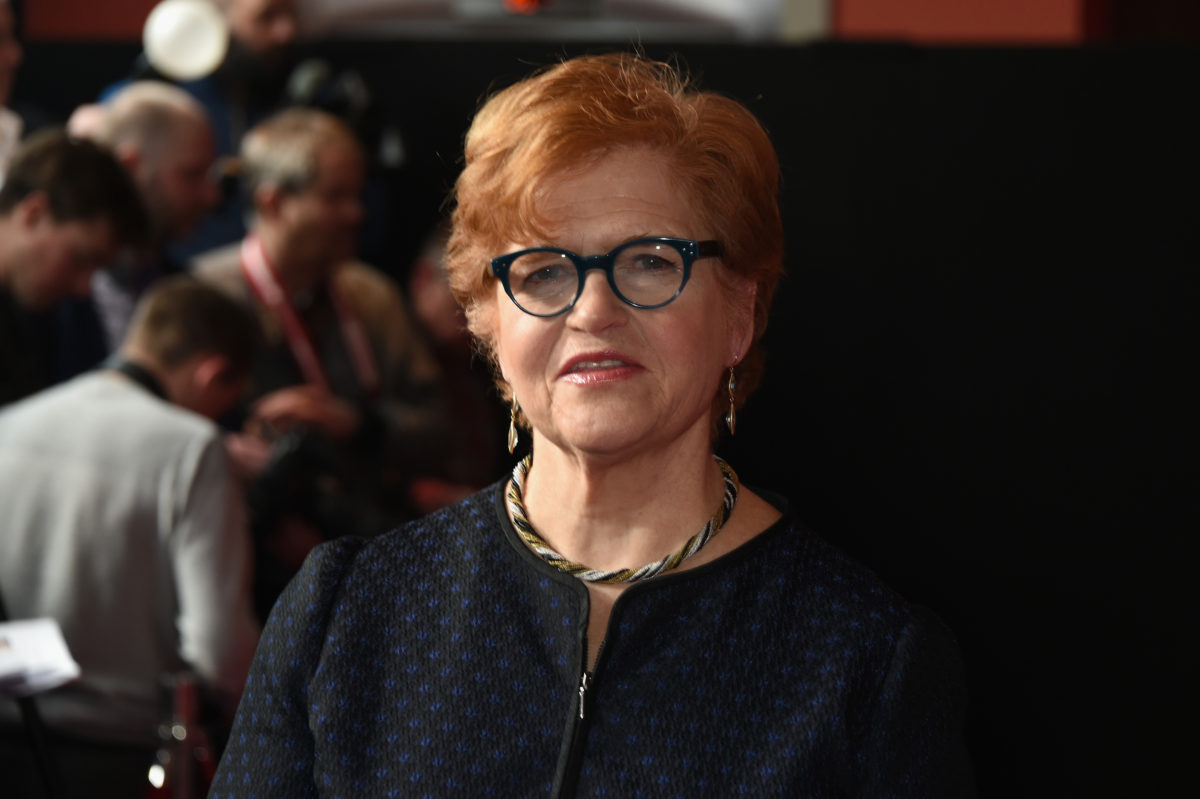 Amid delays to her confirmation as the State Department’s special envoy to monitor and combat antisemitism Deborah Lipstadt said Sunday that she does not approach her work combating antisemitism from a partisan perspective.

Lipstadt was speaking at a virtual event organized by the Museum of Jewish Heritage, a Holocaust memorial museum in Lower Manhattan, alongside Ira Forman, who served as the special envoy during the Obama administration., Her confirmation process for the special envoy post is being slow-tracked by Republican members of the Senate Foreign Relations Committee concerned about her past tweets, particularly those about members of the committee.

Some Republicans have accused Lipstadt of political bias. While she did not address the Republican accusations, Lipstadt pushed back on the notion that her work is motivated by politics.

“Someone once asked me, ‘Do you fight antisemitism on the right or the left?’ I said, ‘I am like an umpire. I am like what Chief Justice John Roberts believes Supreme Court justices should be,’” Lipstadt explained. “I call balls and strikes as I see them. Then I throw up my umpire’s uniform and I become a fighter. I’m on the offensive when people are acting in a certain way and I’m going to defend those who are being attacked.”

Lipstadt also said that she generally avoids assuming someone’s intent, preferring to focus on the content of what they are saying.

“I don’t know what’s in someone’s heart. That’s between them and their cardiologist… But I don’t care. If a person acts in an antisemitic fashion, I’m going to call that out. I rarely call someone an anti-Semite — I have — but I rarely do,” she said. “Very frequently, I’ll say that person expressed antisemitism or engaged in antisemitism.”

Also during the event, Forman addressed the nine members of the House who voted against $1 billion in supplemental aid for Israel’s Iron Dome missile-defense system. Republican lawmakers have accused the left-wing Democrats who voted against the funding of antisemitism, and Israeli Ambassador to the U.N. Gilad Erdan said that those who voted against it are “either ignorant or antisemitic.”

Forman argued that people should be careful about “overuse” of the term — “it can be problematic, it can be patently false, it can be very disturbing, and still not necessarily antisemitism.”

Addressing the Iron Dome vote specifically, he said, “I think the vote against it was stupid, I think it was unknowing, it was a false premise, it was a double standard. And it can be criticized on other terms. So I think we have to be careful not to overuse it.”

Forman contrasted the Iron Dome vote with a statement from the Barnard College chapter of Jewish Voice for Peace this week, which accused Israel of settler colonialism, apartheid and genocide.

“In the case of genocide — clearly antisemitic — but they also said settler Zionism has resulted in millions of Palestinians being killed. Now this is patently false,” he said. “When you’re charging [Jewish] people with killing millions, this is literally the blood libel. Whether you intended it or not, this is antisemitic.”

He also warned about the ways that antisemitism can quickly grow and shift, pointing to the United Kingdom’s Labour Party as an example. The U.K.’s human rights watchdog found the party was responsible for “unlawful” acts of antisemitic harassment and discrimination under the leadership of Jeremy Corbyn.

He said that, in the early 2000s, South Asian communities in the UK were the country’s largest source of antisemitism, but the U.K. was “one of the least problematic countries” in the European Union at the time.

“Starting in 2015 with the ascension of Jeremy Corbyn to the head of the Labour Party, left-wing, almost Stalinist, antisemitism became the major form in the U.K.,” Forman said. “So it can shift actually very quickly.”

“Corbyn thought of himself, I think, as fundamentally an antiracist. ‘I’m an antiracist, I can’t be an antisemite’: he would say stuff like that and his followers would [too],” he continued. “But as [former British Prime Minister] Tony Blair said, Jeremy Corbyn is an antisemite, he just doesn’t know it yet.”

Looking back on his time in the State Department, Forman said that the department and its allies and NGO partners “never have enough resources to deal with this… so we have to triage” with a primary focus on violence against Jewish communities as well as government-sponsored antisemitism.

He also recounted that he found that teachers were reluctant to teach about the Holocaust in a satisfactory way.

“Time after time, I talked to people particularly in Western Europe, teachers who were intimidated by bringing up the issues of [the] Holocaust in their classroom — sometimes because they had kids from the Middle East whose parents had emigrated to that country, sometimes for other reasons, it was taught often as dry history,” he said.