Eight Democrats and one Republican voted against the measure, with two Democrats voting present 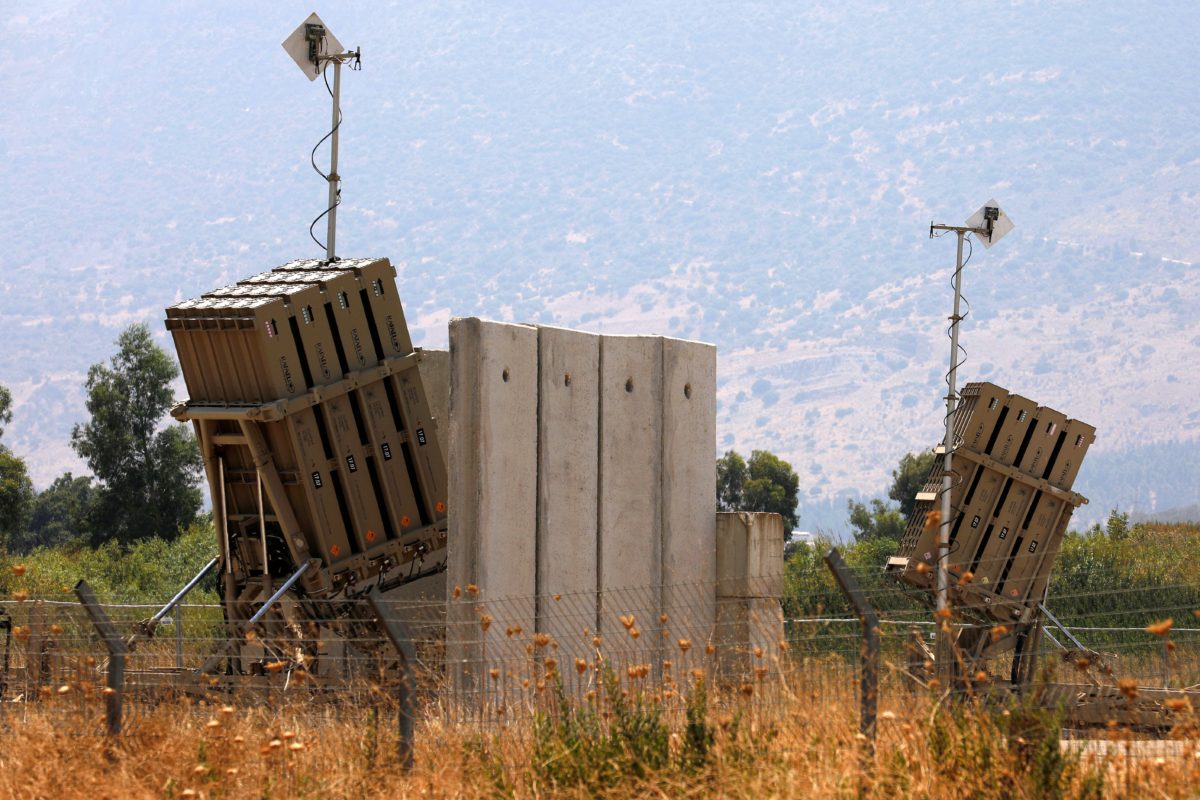 A picture taken on August 5, 2021, shows an Iron Dome defense system battery, designed to intercept and destroy incoming short-range rockets and artillery shells, in the Hula Valley in northern Israel near the border with Lebanon.

After a spat over Iron Dome funding earlier this week, the House of Representatives voted 420-9, with two present, to provide $1 billion to Israel to replenish its missile defense system.

House leadership initially added the Iron Dome supplemental funding to a stopgap government funding bill on Tuesday, but removed it after several left-wing Democrats said they would oppose the legislation because of its inclusion. All Republicans opposed the stopgap funding bill, with or without Iron Dome funding. Following pressure from a group of pro-Israel Democrats, House leadership announced a separate vote on Iron Dome funding on Thursday afternoon.

“My position of ‘no foreign aid’ might sound extreme to some, but I think it’s extreme to bankrupt our country and put future generations of Americans in hock to our [creditors],” Massie tweeted Thursday morning.

After casting her vote, Ocasio-Cortez appeared to cry and wipe away tears while speaking with fellow members. At one point, other members pulled her into hugs.

Rep. Debbie Wasserman Schultz (D-FL), who was part of the pro-Israel group that pushed for this vote, told JI that she felt “exhilirated” by the outcome.

“It was a really gratifying vote to be able to demonstrate [Democratic support for Israel] and also to push back on some of the really ridiculous hypocrisy that came from the Republican side,” Wasserman Schultz told JI, noting that “any lingering doubt in the pro-Israel community about the overwhelming support [in] the Democratic Party for the U.S.-Israel relationship… should have been erased by the evidence of 96% of our caucus voting in support.”

Wasserman Schultz added that the week’s events underscored that there is a “coalition of pro-Israel members in our caucus that, when necessary, can mobilize and organize on behalf of the issues that are important to keeping that U.S.-Israel relationship strong.”

Rep. Kathy Manning (D-NC) — who helped bring together the group that pushed for Thursday’s vote, was also upbeat about the outcome. “We got the vote we needed and it passed with an overwhelming majority from both parties,” she told JI.

Despite the vote’s outcome, some pro-Israel members remain frustrated with the events that led up to Thursday’s vote.

“I’m not happy with everything that we went through to get here. I think that was unnecessary because there truly is broad bipartisan support, almost unanimous,” Rep. Elaine Luria (D-VA) said. “The biggest takeaway… is that neither party should use issues related to Israel as a political football.”

“We should look for ways to make sure that it is clearly articulated that we have support for Israel, rather than allowing… a very, very small number of people who may have a differing opinion in our House… [to] muddy the waters,” she continued. “Combining the support for Iron Dome with other pieces of legislation… really muddled this.”

Luria said that the rationale of those who voted against the bill — some of whom argued that Iron Dome supports Israeli policies toward the Palestinians to which they object — “makes absolutely no sense when we were talking about replenishing a defensive weapon.”

The floor debate preceding the vote turned acrimonious at several points, with several members yelling during their speeches.

Tlaib was the only member to speak on the floor against the resolution.

“I will not support an effort to enable and support war crimes, human rights abuses and violence…Palestinians are living under a violent apartheid system,” Tlaib said, accusing Israel of committing war crimes. “Palestinian need for security from Israeli attacks.”

Deutch said he had planned to speak about Iron Dome’s importance, but scrapped his prepared remarks to address Tlaib’s remarks.

“I cannot allow one of my colleagues to stand on the floor of the House of Representatives and label the Jewish democratic state of Israel an apartheid state,” Deutch said. “If you believe in saving lives — Israeli lives and Palestinian lives, I say to my colleague who just besmirched our ally — then you will support this legislation.”

Deutch said that Tlaib’s comments were “consistent with those who advocate for the dismantling of the one Jewish state in the world. When there is no place on the map for one Jewish state, that’s antisemitism.”

Wasserman Schultz told JI that “quite a bit of what [Tlaib] said was antisemitic in tone and in substance. It was deeply concerning that we have a member who essentially thinks that there shouldn’t be a Jewish and Democratic state in the world. But… she’s one person.”

“Were it not for the Iron Dome, many more Israeli lives would have been lost,” Rubio said in a statement. “We cannot allow partisan politics to stand in the way of standing with our closest democratic ally in the Middle East as it continues to face the threat of Iranian-backed terrorists.”

Collins echoed Rubio. “The Iron Dome has been an enormous success and has saved countless lives,” the Maine senator said in a statement. “Israel is America’s closest and only fully democratic ally in the Middle East, and the U.S. should provide this aid to support this critical defensive system that Israel needs to protect its people from terrorism.”

Hagerty said it was “disgraceful that some anti-Israel House Democrats pressured House leadership initially to block funding for U.S.-Israel Iron Dome cooperation. This bill seeks to right that wrong.”

Senate leadership has not offered a clear timeline for when it plans to take up the Iron Dome vote.

“Iron Dome is very important and it’ll get done. That’s all I’m going to say,” Senate Majority Leader Chuck Schumer (D-NY) said when asked about whether the Senate will take up the House’s bill.

Luria told JI she hoped the Senate would vote on the legislation “without tying it up with any other legislation because I think that was a road bump over here [in the House continuing resolution] that kind of slowed it down.”

Wasserman Schultz said that the pro-Israel Democrats, and the entire pro-Israel community, “[are] going to be pressing for that bill to be taken up, and I expect it will be sent to the president.”