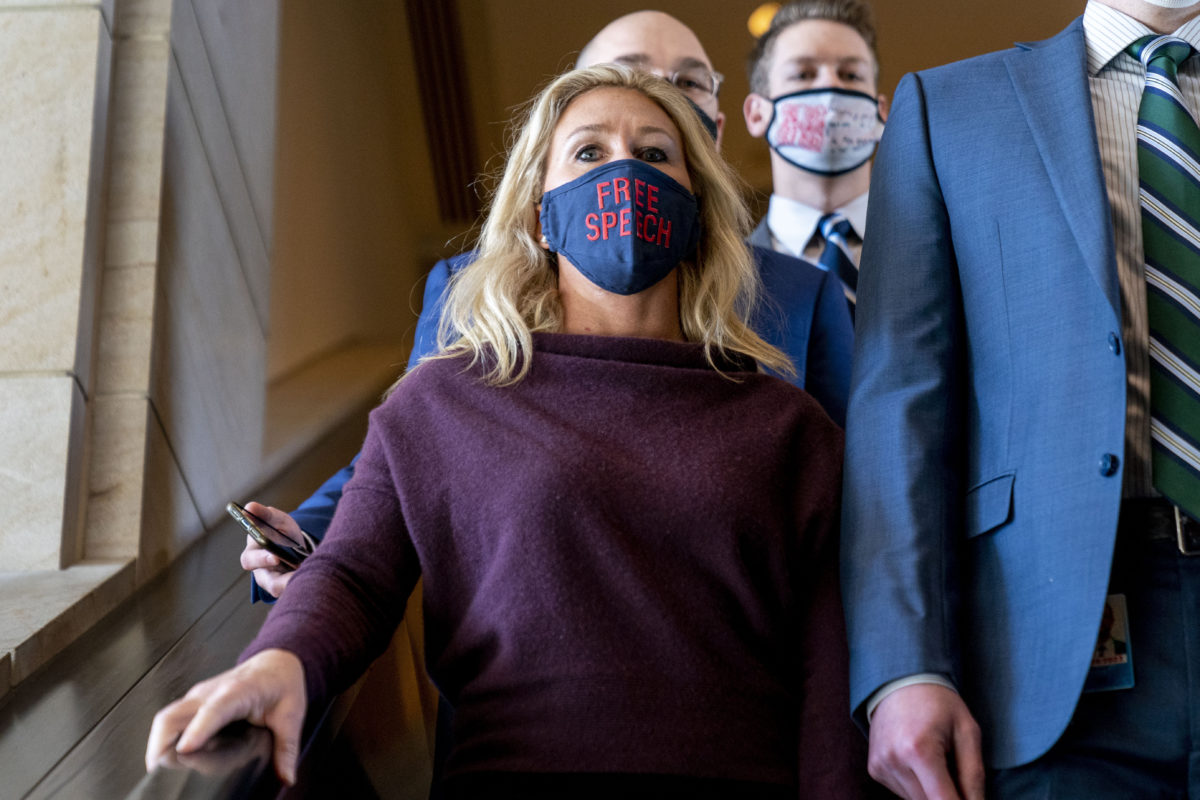 Rep. Marjorie Taylor Greene, (R-GA), goes back to her office after speaking on the floor of the House Chamber on Capitol Hill in Washington, Thursday, Feb. 4, 2021.

The House of Representatives voted Thursday evening to strip Rep. Marjorie Taylor Greene (R-GA) of her assignments on the Education and Labor and Budget Committees in response to her extensive history of comments promoting conspiracy theories — including QAnon and 9/11 trutherism, antisemitism, Islamophobia, racism and violence against other House members.

“Past comments made and endorsed by Congresswoman Greene are deeply disturbing and extraordinarily offensive and hurtful to thousands of 9/11 families and first responders, our Jewish community and many others in my district,” Malliotakis said in a statement to Jewish Insider. “As Americans, we must hold ourselves to a higher standard and fully condemn such comments regardless of which side of the aisle they come from.”

Three of the four freshmen — Malliotakis, Gimenez and Salazar — are also members of the “Freedom Force,” a group of Republicans modeling itself on the progressive “Squad” of Reps. Alexandria Ocasio-Cortez (D-NY), Rashida Tlaib (D-MI), Ilhan Omar (D-MN) and Ayanna Pressley (D-MA).

“I think, as a prosecutor, I looked at the facts and made a vote accordingly,” Katko told JI after the vote, adding that he was not concerned that he might face consequences from House GOP leadership, which rallied behind Greene Wednesday night.

In a speech on the House floor Thursday morning, Greene renounced her previous comments, claiming that she “was allowed to believe things that weren’t true” but “never once said any of the things that I am being accused of today, during my campaign.” In fact, the Georgia congresswoman continued to spread conspiracy theories that Jewish billionaire and Holocaust survivor George Soros had collaborated with the Nazis. She had also posted QAnon content on her social media and appeared to empathize with the group while running for Congress in 2020.

She concluded by saying that the “media … is just as guilty as QAnon” and never explicitly apologized for her past behavior.