The new book ‘Sittin’ In,’ by Jeff Gold, provides readers with an intimate portrait of an erstwhile subculture 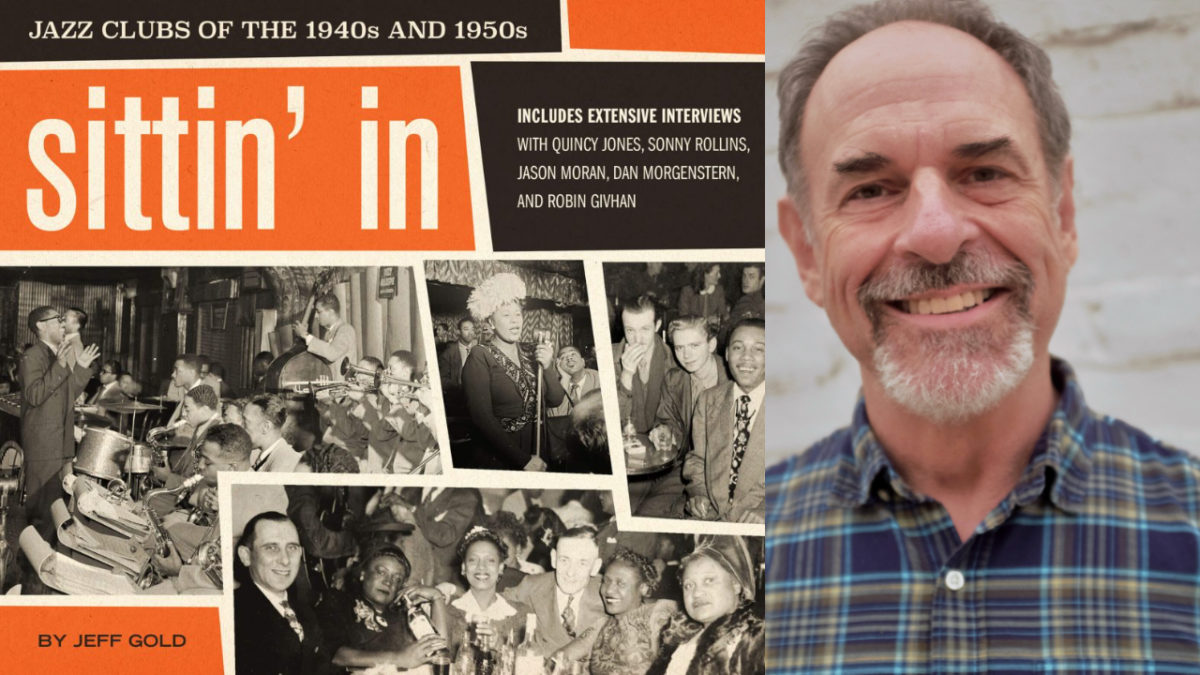 Author Jeff Gold and his new book, 'Sittin' In.'

At a moment when music venues across the nation are shuttered due to the coronavirus pandemic, a new book about jazz clubs serves as a welcome escape for those yearning to see live music again.

Sittin’ In, released on Tuesday and published by Harper Design, looks back on music spaces of the 1940s and ’50s, featuring never-before-seen photos spotlighting musicians as well as concertgoers at hallowed clubs like Royal Roost and the Village Vanguard, among many others.

“These pictures turn the camera around,” author Jeff Gold writes in the book’s introduction. “We’ve seen photographs of these clubs before, of the performers onstage, the marquees, the lines outside. But rarely, if ever, have we seen the audiences, the fans, as we do here.”

Gold, a former record executive who runs a business buying and selling music memorabilia, said he is aware the book may carry some extra resonance for those who miss going out. “I feel really particularly badly for people who are younger and haven’t had the experiences I’ve had,” he told Jewish Insider.

After a summer of protests against systemic racism, Gold also hopes the book will be uplifting as it provides an intimate portrait of early racial integration during a time when social life was decidedly more segregated.

“There’s a table full of white people next to a table full of black people, or here’s three people sitting at a table and two of them are black and one of them is white,” said Gold, who is 64 and grew up in Los Angeles. “It’s really kind of profound to me to not just hear about or read about these things, but to see the physical evidence there.”

Interviews with jazz stalwarts such as Quincy Jones and Sonny Rollins are scattered throughout the book, giving readers first-hand accounts of the scene.

In conversation with Rollins, Gold said, the legendary tenor saxophonist “went on this kind of tear about how jazz musicians never get credit for” creating an environment in which “racism started to break down in America.”

“He said for himself, as somebody who’d grown up in Harlem and still lived there, to go to some of these clubs and have people, white people, come up to him and say, ‘You’re so fantastic, can I get a picture with you, can I get an autograph,’ and just praising him, blew his mind, because he really hadn’t had much interaction with white people.”

Gold acquired the majority of the photos featured in the book from a man who wanted to liquidate his holdings and invited Gold to check out the collection of photographs, tickets, handbills and posters he had been storing in a series of safety deposit boxes.

As Gold sorted through the offerings, he became convinced that there was enough material for a book. “I thought, these really need to be documented for people to see.” He became more confident that his mission was worthwhile when he discovered that there had been no book published that took a macro-historical look at jazz clubs of yore.

Gold, whose primary passion is rock but who has long appreciated jazz, said that about three-quarters of the photos in the book have never been published. His favorite photo, he said, is also the first one featured: Charlie Parker, the fabled alto saxophonist who died in 1955, sitting alongside some fans at the Royal Roost in the late 1940s.

“They are just glowing to be in the presence of Charlie Parker, and Charlie Parker has this very sweet, kind of sly smile on,” Gold said. “It’s just so evocative.”

One of the more surprising figures to show up in the book is a young Marlon Brando, who can be seen on page 82 in an undated photo, posing placidly in a dark turtleneck and jacket at Birdland alongside some other clubgoers.

“That photo blew my mind,” Gold said. “I’m sitting in the bank vault, I open it up and I go, ‘Jesus Christ, that’s Marlon Brando!’”