Owner Deborah Gordon says the club will reopen, but when that will happen remains to be seen 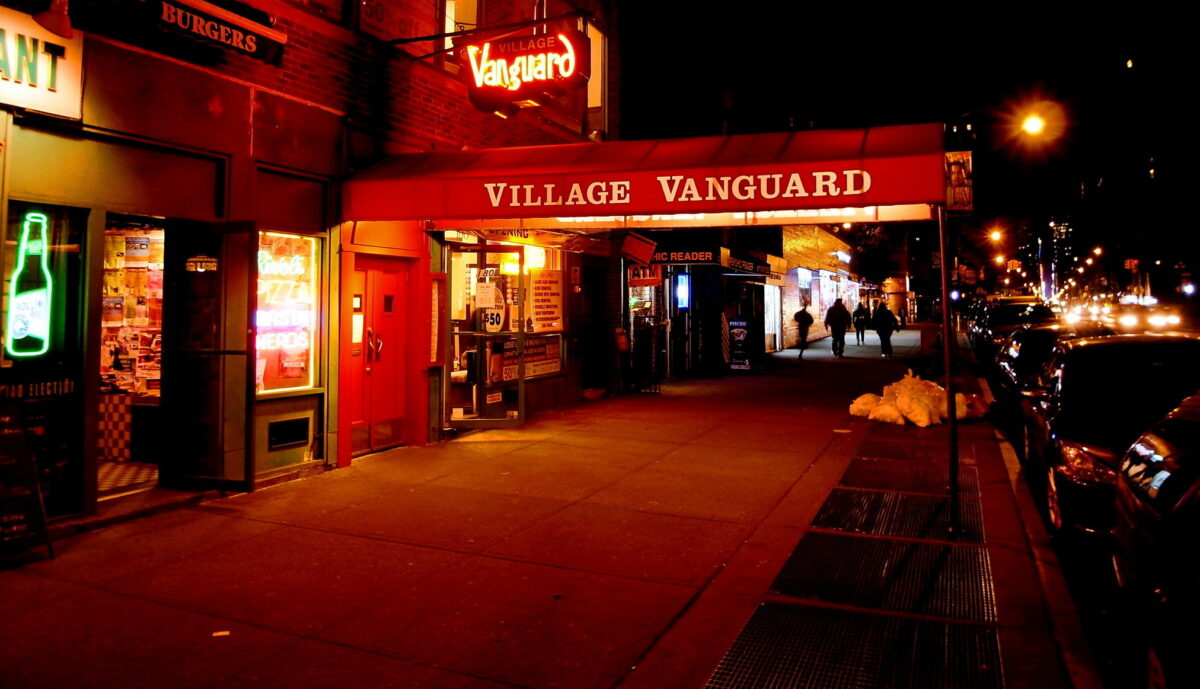 Deborah Gordon, who owns the Village Vanguard, had just finished applying for a loan from the government’s Paycheck Protection Program when she spoke with Jewish Insider by phone from northeastern Pennsylvania, where she is self-isolating with her family.

She was not in high spirits. The Vanguard, one of the oldest continuously operating jazz clubs in the world — and one of New York’s most cherished cultural institutions — has been closed since March 16. Gordon was having trouble envisioning a time when she could return to business as usual. “This is such an open-ended closure with so many unknown unknowns,” she said. “There don’t seem to be any known unknowns.”

One thing she seemed sure of was that business would not be the same for quite some time. It remains to be seen how the novel coronavirus pandemic will reshape New York’s cultural landscape, but businesses like the Vanguard — a basement club that has been in the same location on Seventh Avenue in Manhattan’s West Village since 1935 — are particularly vulnerable to the crisis.

For one thing, Gordon doesn’t own the space; she rents it. The wedge-shaped club — dependent on tourists from Europe and Asia — is also cramped, an inhospitable environment in an age of social distancing. “Even when our daddy, [Gov. Andrew] Cuomo, says, ‘You can go out now,’ how many people are going to want to go into a small basement?” asked Gordon, who has let go 90% of her staff. “I don’t know.”

Spike Wilner, who owns two jazz clubs in the West Village — Smalls and Mezzrow — is in a similar situation. “It’s not clear whether the clubs will survive this or not,” he told JI matter-of-factly, adding that he was raising money through a nonprofit to keep his business alive. “It’s a very devastating event that’s taken place,” Wilner said. “It’s silenced the jazz scene in New York City.”

For the Vanguard, that silence has been particularly deadening.

The club was founded by Max Gordon, a Lithuanian Jew who became one of the most influential jazz impresarios of the 20th century. Though he originally intended for the space to exist as a kind of cabaret and poetry house, hosting the likes of Woody Guthrie, Harry Belafonte and Lenny Bruce, it transformed into an out-and-out jazz club in the late 1950s.

Since then, jazz stalwarts such as Sonny Rollins, John Coltrane and Bill Evans have performed there, releasing live albums that are a part of the jazz canon.

The Vanguard has always been a family affair. Max Gordon died in 1989, at which time his wife, the eagle-eyed Lorraine Gordon, inherited daily operations. “After my dad died, my mom opened the next night,” Deborah Gordon said. Lorraine died in 2018, and Deborah has run the club since then.

The Vanguard has a devoted fan base. Tourists travel from all over the world to wait in line under its iconic red awning, which juts out into the sidewalk in a neighborhood that has changed considerably since the 1930s.

Gordon has received a number of emails from Vanguard loyalists, who have pledged to write checks toward future admission in an effort to keep the club afloat.

She told JI that she had been considering live-streaming concerts from the club in an effort to maintain some sort of revenue stream, charging a few dollars per show. It was unclear to her, though, when that might be possible.

Pianist Fred Hersch, who has performed at the club several times, said he would be open to performing from the club via livestream. “I would do anything for the club,” he told JI. “It’s such an important part of my universe.”

Wilner — a descendant of Holocaust survivors — said it was important to remain resilient in the face of hardship. But he was skeptical that the arts scene in New York would return to normal any time soon.

“We’re not shutting down,” Gordon averred. “The moment I have that thought I push it out of my head.”

For Hersch, who has recorded live albums at the Vanguard and has a close personal relationship with the owner, the thought of the Vanguard ending its illustrious run — and under such circumstances — was painful to think about.

Yet he wasn’t ruling it out. “The Vanguard closing would be like the end of New York,” he said ruefully. “But it’s certainly possible.”