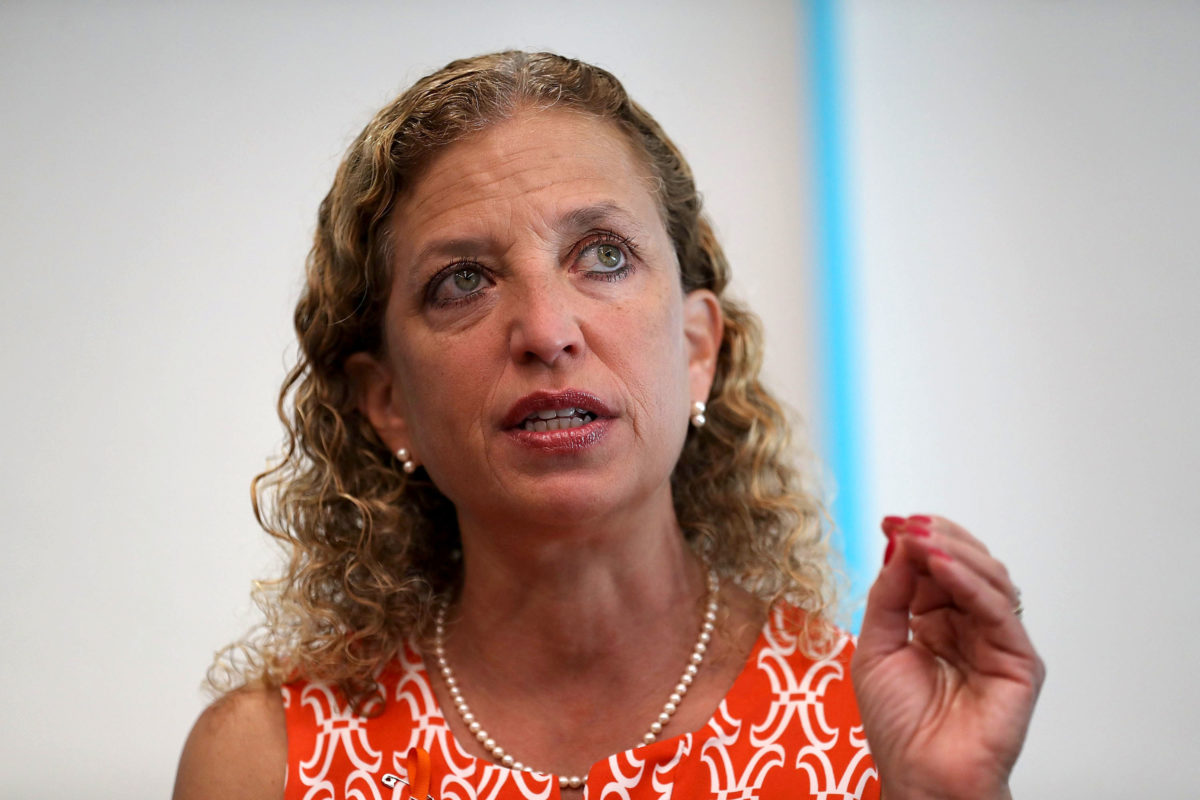 A hearing convened by a multinational group of lawmakers to question representatives of Meta, Twitter, YouTube and TikTok about the proliferation of antisemitism on their platforms grew heated on Friday, as lawmakers accused the tech companies of providing “insulting,” “frustrating” and “pandering” answers on their efforts to counter antisemitism.

Rep. Debbie Wasserman Schultz (D-FL), a co-chair of the task force, opened the questioning with a back-and-forth debate with Potts over his company’s slow response times to addressing antisemitic content and its algorithmic amplification of hateful content.

She next questioned Austin about why Twitter does not have a specific policy against Holocaust denial; Austin declined to commit to developing such a policy, responding that she would “take that [feedback] back” to the company, while insisting that they had “actioned Holocaust denial tweets consistently.”

“I think we’re all starting to see — anyone watching this — why we’re eventually going to have to regulate the way that this content is handled, as opposed to just leaving it to you, the companies, to make sure you’re complying with standards that really aren’t very transparent,” Wasserman Schultz said partway through the proceedings.

She added later that the companies must do a better job of enforcing their own internal policies if they hope to avoid further government regulation.

At multiple points during the hearing, the social media representatives were questioned on whether they viewed anti-Zionism as inherently antisemitic, or as hate speech in its own right. They largely avoided the question, much to the “frustration” of Wasserman Schultz.

Facebook’s Potts acknowledged that attacks on Zionism are sometimes used as a proxy for attacks on Jews in general, the only executive testifying to make such a linkage.

“We understand that there are occasions where the criticism of Zionists is also used to attack people based off of their ethnicity, based off of their religion. So when we hear those attacks based on being Jewish or being Israeli, those are not allowed,” Potts said. “We have also noticed that there are nuances to that when people call for boycotts, or criticize entities and governments, we do want to make sure that we have space for that speech.”

Canadian Member of Parliament Anthony Housefather, who co-chairs the task force, pressed the executives on whether it would be acceptable on their platforms to say that “Jews are white nationalists who support apartheid” — expecting, he said, that they would be able to say easily that such a statement would not be allowed. The executives each declined to answer definitively.

“Not even the word Jew in that context is necessarily something that you can tell us as executives of companies that you can take down — that’s pretty disturbing,” Housefather responded.

As she closed out the hearing, Wasserman Schultz — while thanking the executives for appearing before the task force — said she felt they had failed to grapple with antisemitism as a “viral toxic infection that drives real world violence.”

“Each of you in some way mentioned your pride in acknowledging Yom Hashoah and other specific Jewish holidays. And frankly, so often that comes off as pandering,” she said. “For you to only scratch the surface or to pander and use examples like ‘some of your best friends are Jews,’ is insulting and frustrating. So I would just suggest in the future when you’re testifying on this topic that perhaps we might not want to use those kinds of examples and be more specific and intentional about being forthcoming in your responses.”

Michael Levitt, a former Canadian Member of Parliament and current president of the Friends of Simon Wiesenthal Center, delivered a dour final statement.

“You, the executives of these massive companies, have been derelict in your duty to do right,” Levitt said. “I failed to hear a real and meaningful commitment from any of you today, beyond platitudes and window dressing. I implore you to do more and to do it now. The safety and future of our Jewish community depends on it.”