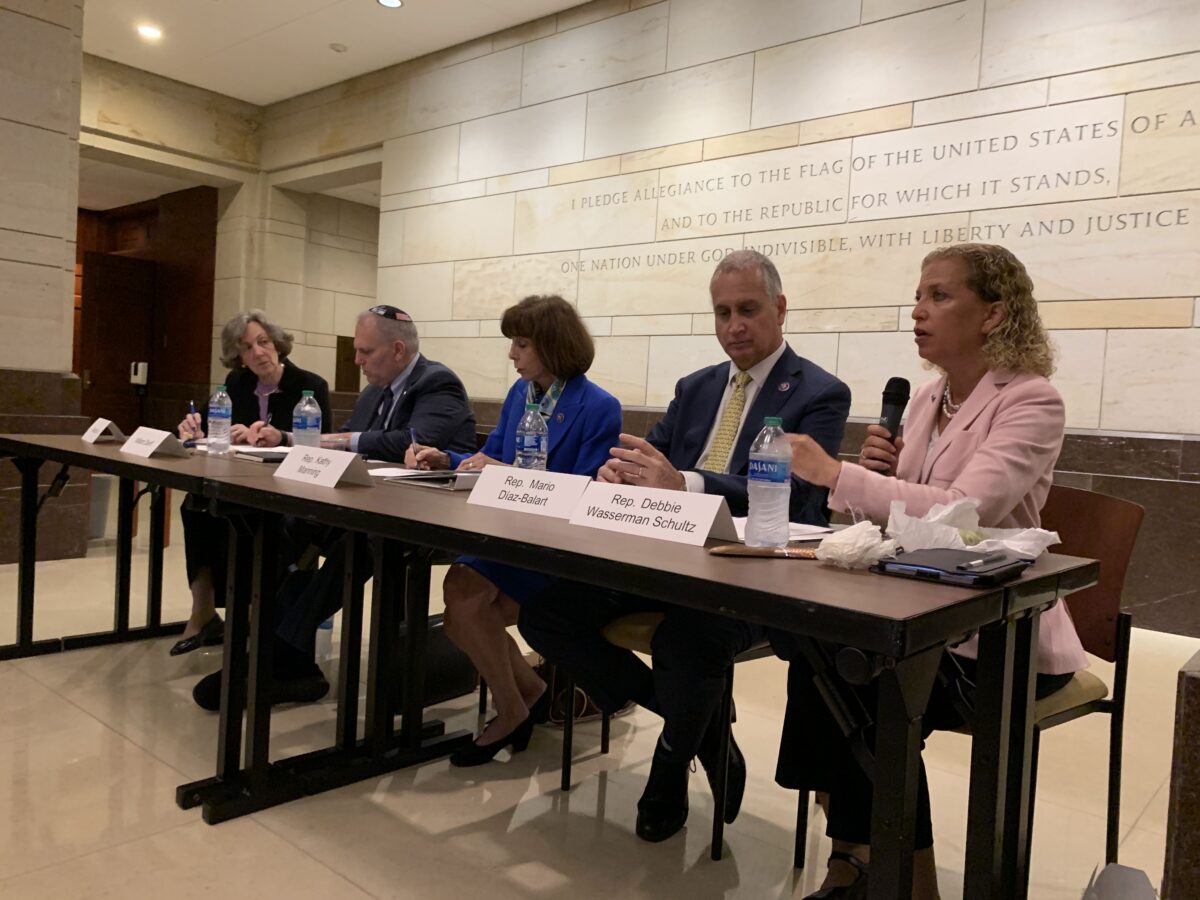 The Inter-Parliamentary Task Force to Combat Online Antisemitism — an international coalition of lawmakers formed in 2020 including lawmakers from the U.S., Canada, the European Union, Israel, Australia, South Africa and New Zealand — is set to hold its first in-person hearing Friday morning in Washington, featuring testimony from high-ranking officials from Meta, TikTok, Twitter and YouTube.

“This has been a more than two-year effort since when we launched the task force to assess and analyze the problem and the challenges that are presented in trying to stop the infectious spread of online antisemitism,” Rep. Debbie Wasserman Schultz (D-FL), one of the group’s co-chairs, told Jewish Insider. “We know that there is a huge problem, we know that it leaps out of the virtual world into the real world.”

She explained that Friday’s hearing will give the lawmakers the opportunity to “present a united front to the social media platforms to be able to ask them pointed questions about what their policies are” and “try to hold them accountable and make sure that we can make a real difference.”

Canadian Member of Parliament and Task Force Co-Chair Anthony Housefather argued that a multinational effort to counter online antisemitism is critical because of the inherently multinational nature of social media.

“Whatever content is posted in the United States is seen in Canada, is seen in South Africa, is seen in the UK and vice versa,” Housefather told JI. “If you solve something in one country, you’re really not solving the problem because it doesn’t mean it’s cutting it off somewhere else.”

The social media executives, Housefather noted, will be testifying before the task force voluntarily.

“But I think it’s extremely important that we do it together with the big tech companies,” Lega continued. “I don’t want to see them as an enemy in this. I would think that we would gain a lot better results if we can do it together. So the hearing for me is fact-finding as a start, not quite a challenge. I think that’s important.”

In remarks at a Thursday luncheon at the Capitol Visitors Center, hosted in conjunction with the Conference of Presidents of Major American Jewish Organizations, Wasserman Schultz noted that, despite multiple years of work together through the Task Force, she and Housefather had never met in person until this week.

“This historic summit, and our commitment to be here together in person shows the urgency of our efforts to create a world that is far less polarized and divided,” she said at the event. “I am so thankful for the partnerships that we’ve forged, and for the chance to continue this mission with all of you.”

William Daroff, CEO of the Conference of Presidents, told JI, “This interparliamentary task force is essential given the fact that the scourge of antisemitism transcends national boundaries. It is essential to bring together members of Congress and parliaments from across the globe to work together to combat Jew-hatred in all its manifestations.”

One potential obstacle to the cross-border initiatives the task force’s members envision is the differing regulatory regimes and speech protections afforded by the various governments whose lawmakers are involved in the task force.

Wasserman Schultz told JI that finding commonalities and developing a “basic regulatory scheme… that can have a floor of protection” is “really what the task force is all about.”

Housefather said the U.S.’ First Amendment protections likely make it the most challenging environment for cracking down on online antisemitism. But, he said, there are still possibilities, including urging platforms to make stricter content moderation policies and pursuing greater transparency for the algorithms the companies use to recommend content.

“We’ll look at it from the perspective of where the rules give you the most difficulty implementing [a crackdown on antisemitism] and drive it from that direction,” he said. “There’s ways within the framework of laws that we all have that we can push some duty of care on the platform.”

Wasserman Schultz said she anticipated algorithm transparency to come up at the hearing.

Lega also said he’s also hoping to get advice from American legislators about setting up an Abraham Accords caucus within the European Parliament.