To eliminate the violation, Morningstar would need to make significant changes to or eliminate its ESG reports for companies doing business in Israel 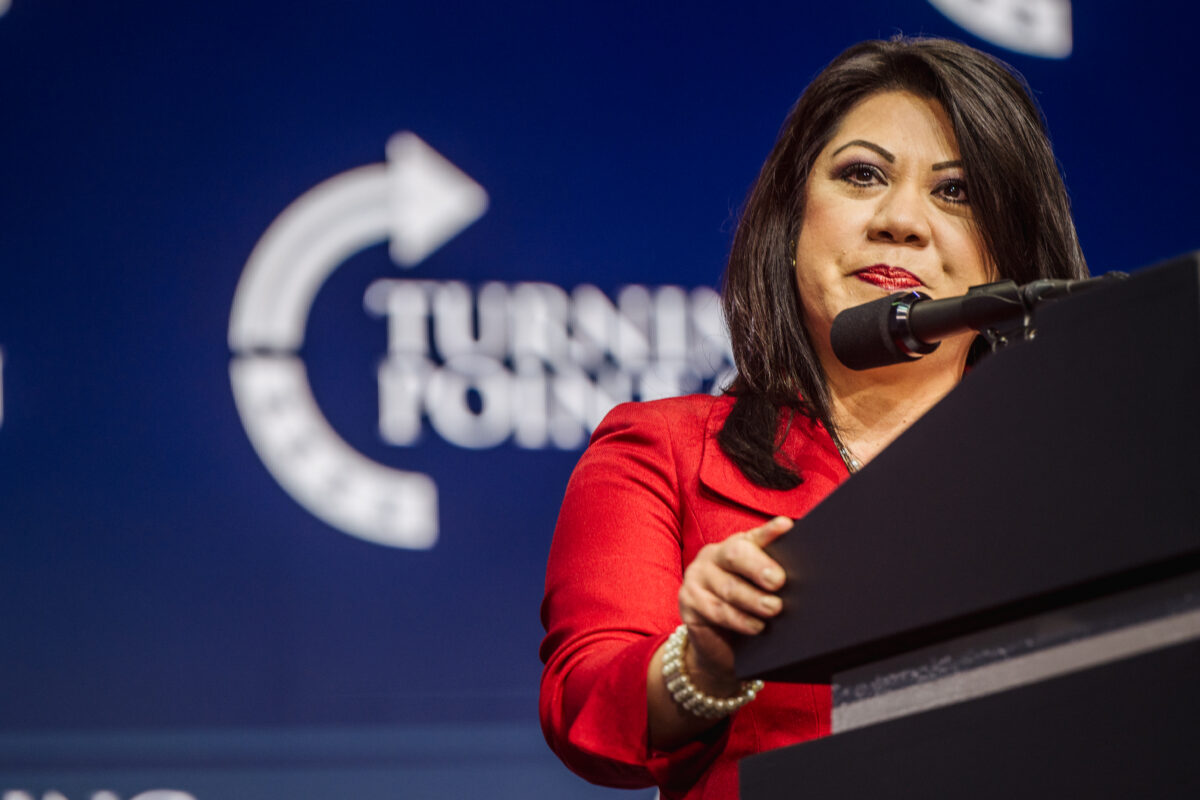 Arizona State Treasurer Kimberly Yee speaks during the Rally To Protect Our Elections conference on July 24, 2021 in Phoenix, Arizona.

The move, first revealed in a release obtained by Jewish Insider on Monday, would place Morningstar on Arizona’s list of prohibited investments unless the firm can explain to the state, within 30 days, how it has not violated the law.

Arizona Treasurer Kimberly Yee wrote in a letter to Morningstar CEO Kunal Kapoor that, based on an outside report by law firm White & Case commissioned by Morningstar, the Treasurer’s Office had determined that Morningstar’s ESG subsidiary, Sustainalytics, “uses anti-Israel and antisemitic sources to negatively impact the scores of companies doing business in Israel and in Israeli-controlled territories.”

“Morningstar’s ESG rating subsidiary, Sustainalytics, appears to violate Arizona law by negatively impacting ratings of companies doing business in Israel,” Yee said in her statement. “I will not allow companies to promote policies that are antisemitic and discriminatory efforts against Israel, which is America’s longtime friend and ally, and a significant trade partner with Arizona.”

Arizona does not currently have any public funds invested in Morningstar, Yee spokesperson Alyssa Koury told JI, but added that a new law taking effect on Sept. 24 would require “any government entity in Arizona” to divest from Morningstar if the company is added to the prohibited investments list.

A Morningstar spokesperson told JI that the company “does not support the anti-Israel BDS campaign” and is “evaluating” Yee’s letter.

To eliminate the legal violation, Yee continued, the investment firm “would need to potentially cease issuing or revise the process for preparing reports and research under the guise of ESG as it relates to companies doing business in Israel.”

Nineteen states are now conducting a separate probe of the alleged anti-Israel bias in Morningstar’s ESG ratings. The company said in June that it would implement reforms amid an Illinois investigation. The Illinois Investment Policy Board voted not to place Morningstar on the state’s prohibited investment list after the company pledged to implement reforms.

Morningstar’s ESG system is not the only one facing criticism from Arizona’s government. Arizona Attorney General Mark Brnovich penned an op-ed last week lambasting investment firm BlackRock for the environmental aspects of its ESG system and its broader environmental agenda, pledging, “My colleagues and I are committed to ending ESG practices that are rife with potential conflicts of interest and may be in violation of well-established laws.”

Correction: A previous version of this story stated that the Illinois Investment Policy board had determined that Sustainalytics had violated the state’s anti-BDS law. The board voted against listing the company as a prohibited investment after it pledged to implement reforms.