The legislation provides a waiver, requested by the State Department, that would allow the U.S. to rejoin the U.N.’s educational, scientific and cultural body 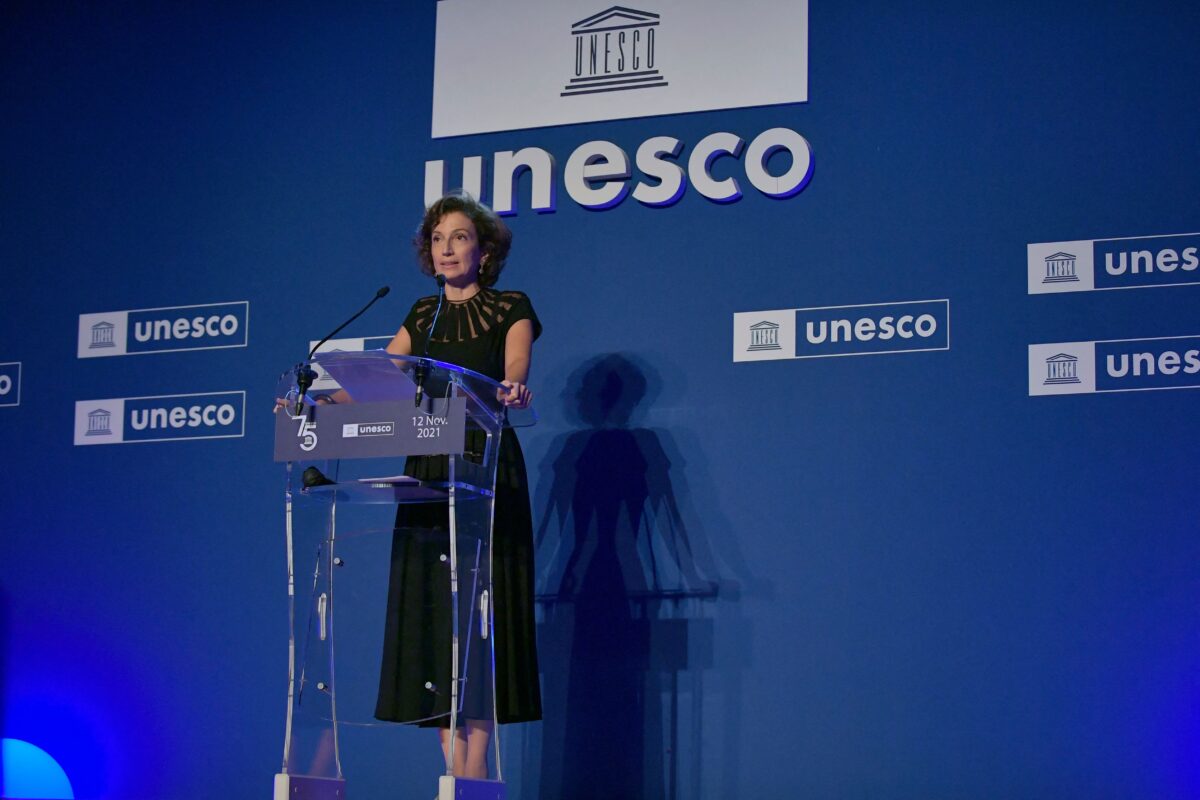 UNESCO Director-General Audrey Azoulay speaks during the 75th anniversary celebrations of The United Nations Educational, Scientific and Cultural Organization at UNESCO headquarters in Paris on November 12, 2021.

The 2023 State Department funding bill approved this week by the House Appropriations Committee opens the door to Washington’s potential re-entry to the United Nations Educational, Scientific and Cultural Organization (UNESCO).

The Trump administration, joined by Israel, announced in October 2017 that it planned to leave UNESCO over its criticisms of Israel and its decision to grant full membership to Palestine in 2011. The U.S. had not paid UNESCO dues since 2011 following the implementation of a U.S. law that included provisions directing the U.S. to cut support to UN agencies if they recognize a Palestinian state independent of negotiations between the Israelis and Palestinians.

This year’s bill, as proposed by the House, grants President Joe Biden waiver authority to pay the hundreds of millions in outstanding dues and have the U.S.rejoin the U.N. body, opening a path for reentry to UNESCO.

The waiver authority would require the president to certify to Congress that reentering would “enable the United States to counter Chinese influence or to promote other national interests of the United States.”

The waiver would be eliminated if the Palestinians obtain full member status in the UN or any additional UN agencies after the bill is enacted. The waiver authority would also expire on Sept. 30, 2025, unless it is renewed by Congress.

Secretary of State Tony Blinken urged legislators to provide such waiver authority in a Senate hearing in April, arguing that it is necessary to counter China on the world stage, and said that Israel would support the U.S. rejoining UNESCO.

J Street applauded the UNESCO provision in a press release on Thursday, arguing that the trigger provisions to cut off U.S. funding of U.N. agencies that regonize Palestine “undermine both US and Israeli interests while empowering our adversaries.”

An individual familiar with the situation told Jewish Insider that AIPAC did not take a position on the waiver since it also contained the snapback provision that would eliminate the waiver if the Palestinians aim to become a full member in other UN organizations. The individual said AIPAC had lobbied in support of that snapback.

An accompanying report from the committee leadership, in which the committee provides further explanation of and instructions related to the legislation, also includes language not present in previous years’ reports condemning Israeli settler violence in the West Bank, which was supported by J Street.