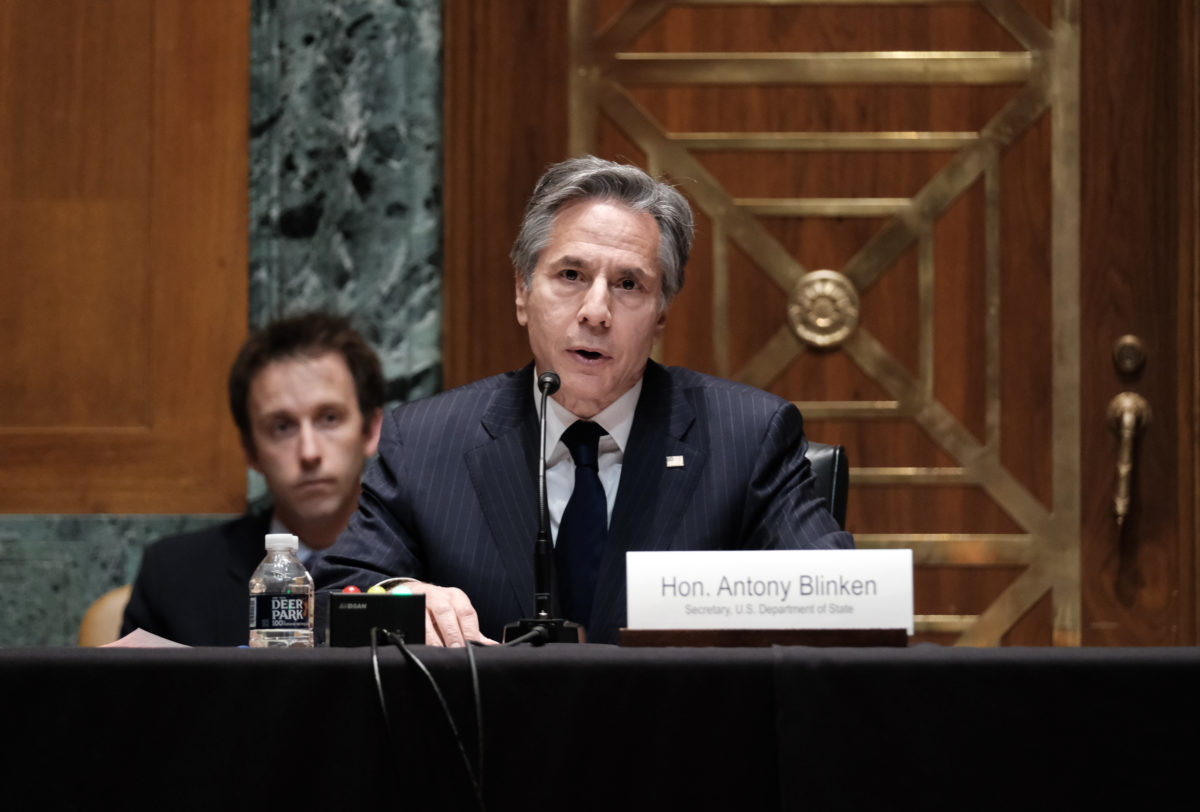 Secretary of State Antony Blinken testifies during the Senate Appropriations Subcommittee on State, Foreign Operations, and Related Programs hearing at the US Capitol on April 27, 2022, in Washington, D.C.

Secretary of State Tony Blinken said on Wednesday that the U.S. should re-enter UNESCO and claimed Israel would support such a move.

The U.S. pulled out of UNESCO, the United Nations’ educational, scientific and cultural agency, alongside Israel in 2019 over concerns that the agency fosters anti-Israel bias, following a process initiated by the Trump administration in October 2017. The U.N. agency has taken controversial steps relating to the Palestinians, including criticizing Israel’s presence in East Jerusalem, naming historical Jewish sites as Palestinian heritage sites and granting the Palestinians full membership in the body.

The U.S. withdrawal came after it stopped paying dues in 2011, after UNESCO granted membership to the Palestinians. The withdrawal was in accordance with U.S. laws passed in the early 1990s barring the U.S. from funding U.N. agencies that recognize a Palestinian state. The U.S. accrued hundreds of millions in unpaid dues, which would likely have to be paid back to re-enter.

“There was a very understandable concern expressed in the past because of the Palestinians seeking admission and that going forward. Congress chose to act and make it difficult for us to continue our participation,” Blinken said. “We believe that having the waiver authority [to the 1990s provisions] would be important and necessary. And I can say with authority that our partners in Israel feel the same way — they would support our rejoining UNESCO.”

The secretary of state, speaking at a Senate Appropriations subcommittee meeting on the State Department’s 2023 budget request, said that rejoining UNESCO would be an important step in countering China.

“This is a perfect example of a situation where our absence is clearly to our detriment because, among other things, UNESCO is in the business of setting standards, norms around the world, for education, for the way new emerging technologies, like artificial intelligence, are used,” he said. “When we’re not at the table, shaping that conversation, and so actually helping to shape those norms and standards — well, someone else is, and that someone else is probably China.”

Blinken said the U.S. is “working… with the Israel government” on reopening the U.S. consulate in Jerusalem, which historically served Palestinians, but did not provide a more specific timeline. The current Israeli government has opposed the reopening, and previous timelines have been delayed.

“[The reopening] does of course require coordination with and support from Israel, including for example, providing privileges and immunities for the staff of the consulate-to-be,” Blinken said. “So it’s a work in progress but it’s something that we continue to work on.”

He also pointed to the U.S.’s renewed membership in the U.N. Human Rights Council — from which the U.S. withdrew under the Trump administration over allegations of unjust targeting of Israel — as critical to the fight against Russia.

“Because we’re back on the Human Rights Council, we were able to lead in the creation of this Commission of Inquiry for Ukraine,” he said, referring to the council’s effort, launched last month, to investigate possible Russian human rights violations in its invasion of Ukraine.