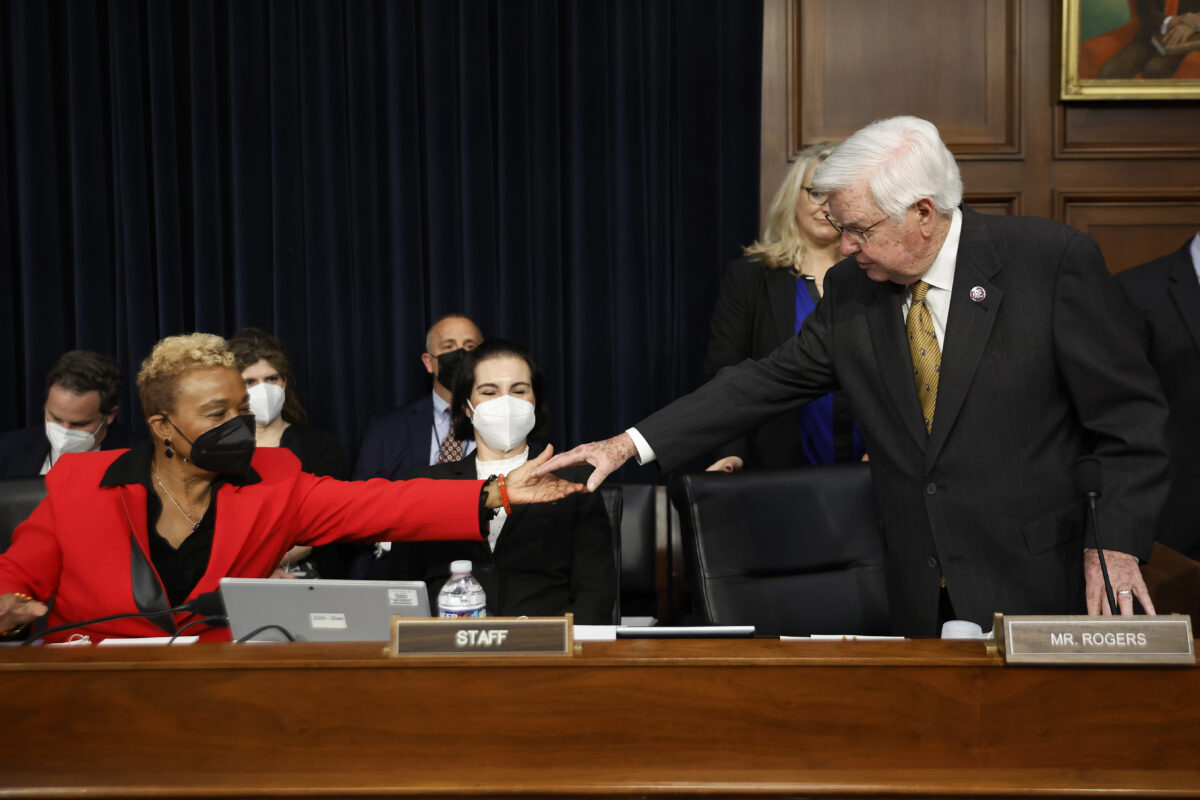 The House Appropriations Committee adopted amendments to the 2023 State Department and foreign operations funding bill that aim to cut off U.S. funding to the United Nations commission investigating Israel and prevent the U.S. from revoking the Islamic Revolutionary Guard Corps’ terrorist designation.

The full Appropriations Committee voted on a series of amendments to the State, Foreign Operations and Related Programs 2023 funding bill on Wednesday before voting to advance the legislation to the full House.

With the support of some Democrats, the committee approved an amendment that seeks to block any U.S. funding from going to the U.N. Human Rights Council’s Commission of Inquiry investigating Israel, established following the May 2021 conflict with Gaza.

“This amendment ensures taxpayer dollars will not go to this highly controversial commission that has been roundly denounced by members on both sides of the aisle, as well as numerous senior officials from the Biden administration,” Rep. Guy Reschenthaler (R-PA) said.

Rep. Barbara Lee (D-CA), who leads the subcommittee on state, foreign operations and related programs, said the amendment was “unnecessary” and an “effort to make Israel a wedge issue.” She argued that the U.S. has no ability to specifically reduce funding to any individual activities conducted by the U.N. Human Rights Council.

“The State Department has indicated that the only way to implement this amendment is to reduce our payment to the United Nations,” Lee said, making the case that this move would “weaken our leverage as a council member” and “would not affect the work of the commission.”

Lee also noted that the original draft of the legislation included language supporting efforts to push back on the Commission of Inquiry and anti-Israel bias at the U.N.

Reschenthaler insisted that his amendment would only impact Commission of Inquiry funding.

The committee later approved an amendment by Rep. Mario Diaz-Balart (R-FL) seeking to block the administration from withdrawing the IRGC’s terrorism designation and mandate that it complies with the terms of the Iran Nuclear Agreement Review Act and submit any potential Iran nuclear agreement to Congress for review.

The administration has decided against delisting the IRGC and committed to submitting any deal to Congress. Rep. Debbie Wasserman Schultz (D-FL) called the amendment a “political gimmick and a cynical attempt to force a vote on something that is not an issue.” She introduced an amendment modifying language in the original text — which she said went “beyond the scope and responsibility of the Appropriations Committee.”

Her amendment to the original amendment passed, with the support of multiple Democrats who have expressed skepticism regarding efforts to re-enter the Iran agreement.

The committee rejected an amendment that aimed to block the administration’s move to create an independent Office of Palestinian Affairs within the U.S. Embassy in Israel, a change that Republicans have claimed is an effort to divide Jerusalem in contravention of U.S. law. Existing law contains no specific provisions that would appear to bar the administration’s move.

Lee argued that the move “merely allows for direct reporting” to the State Department, and would bolster U.S. credibility in the region and benefit Israel’s security.

The panel also voted down an amendment regarding a section of the legislation that requires the secretary of state to submit reports on the activities of the U.N. Relief and Works Agency (UNRWA) and the UNHRC to Congress before U.S. funding can be provided to either body.

Language included in the legislation each year requires the secretary of state to report on whether UNRWA funding or operations are supporting terrorist activity and whether UNRWA is making efforts to ensure that agency-funded educational materials are free from material that induces incitement or encourages discrimination, among other provisions. Foggy Bottom must also certify that U.S. participation in the UNHRC is “important to the national interest of the United States” and that the council is taking “significant steps” toward reform, including removing Israel as a permanent agenda item.

This language has typically been included in the text of the bill itself but was moved to an accompanying report from the committee chair this year. The bill includes a line requiring the State Department to follow the instructions relating to reports to Congress laid out in the bill report. The proposed amendment would have moved the language from the committee report into the bill.

Diaz-Balart, who introduced the amendment, described it as “essential” to ensure proper oversight and use of U.S. funding. Rogers speculated that the State Department would attempt to ignore the reporting requirement if it was not included in the bill text.

Lee insisted that the committee was not loosening any conditions related to the Human Rights Council or UNRWA, and emphasized that the pre-existing conditions would remain mandatory.

“We have a duty as appropriators to update and streamline our own bills,” Lee said. “Reporting requirements regularly appear in report language and do not need to be in the bill… This language is the same as what’s in [last year’s] bill.”

Rep. Lois Frankel (D-FL), a member of the Appropriations committee, had urged committee leadership to double the antisemitism envoy’s funding, according to a source familiar with her efforts.