Lasry endorsed Mandela Barnes, whom he told JI ‘constantly put the constituents in the state above party and above politics’ 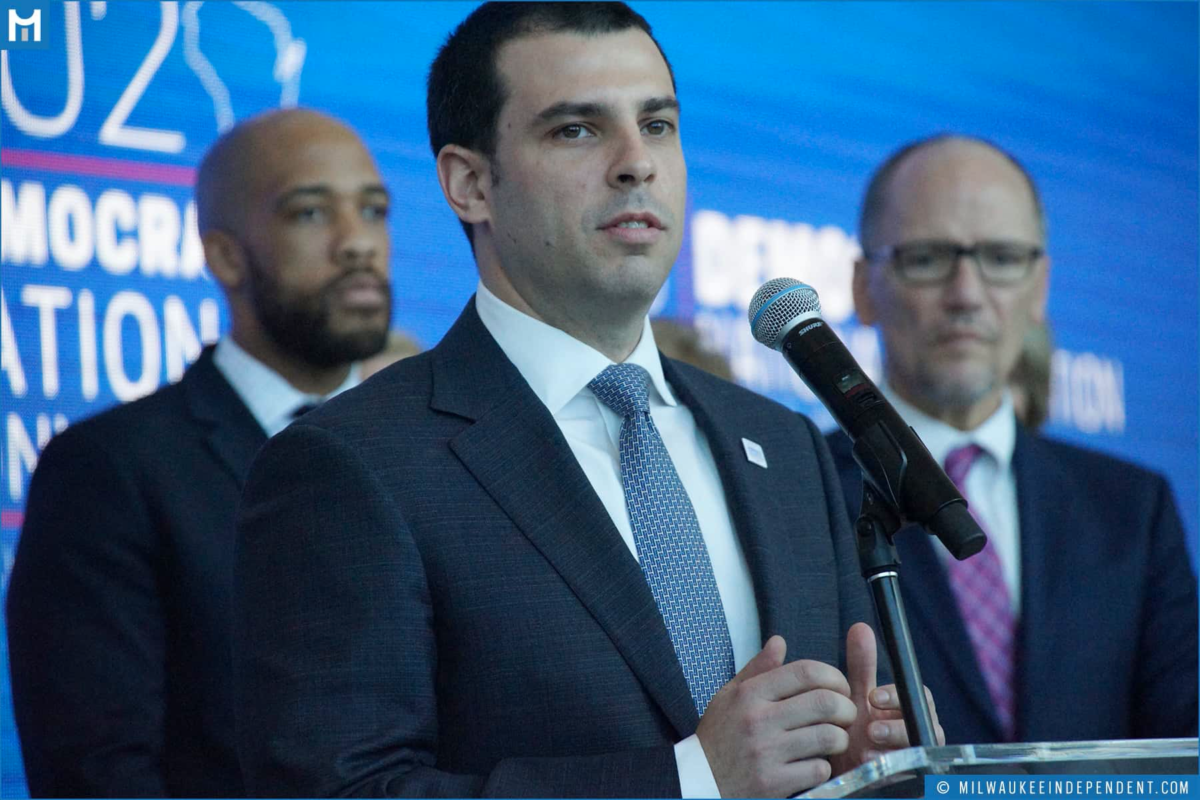 Milwaukee Bucks executive Alex Lasry abruptly ended his campaign for the Senate on Wednesday, after a monthslong run in which the Democrat loaned his campaign $12 million from his own finances. In his announcement, Lasry threw his support behind Lt. Gov. Mandela Barnes.

The sudden announcement arrives less than two weeks before the Democratic primary, and clears a path for Barnes to win the Democratic Senate nomination on Aug. 9, positioning him to face off against Sen. Ron Johnson (R-WI) in November.

Announcing the decision on Twitter, Lasry wrote, “The stakes are just too high to wait. The single best thing we can do for Wisconsin — and for America — is to beat Ron Johnson, and that must start now.”

In an interview with Jewish Insider shortly after his announcement, Lasry explained his endorsement for Barnes, saying the lieutenant governor has the best shot of beating Johnson and that Barnes “constantly put the constituents in the state above party and above politics.”

Lasry addressed concerns about Barnes’ support for Israel. In a December interview with JI, Barnes expressed openness to conditioning aid to the Jewish state, a statement he has since walked back.

“[Barnes] is going to go to the Senate and be a strong supporter of Israel,” Lasry told JI, adding, “He’s gonna go in and fight to make sure that the Israelis and the Palestinian people are able to finally come together and live in peace.”

With the Senate race behind him, Lasry will take a break from politics and continue running the Bucks.

“I’m going to finally be able to take some time to play dad, be a good husband and take some much needed R&R, and then go back to the Bucks and not just work to get Mandela and [Wisconsin Gov.] Tony Evers elected again, but also bring a championship back to Milwaukee,” said Lasry.

In the most recent outside poll, conducted by Marquette Law School last month, Lasry trailed Barnes by four points, 25% to 21%, with 36% of voters undecided.

“In the American political tradition, when you’re in that situation, you stay in the race, and keep your fingers crossed, and you hope for the best,” University of Wisconsin political science professor Mordecai Lee told JI.

Lee suggested that he believed that Lasry’s campaign used overnight polling, an expensive service that averages internal polls and updates them in real time to determine electoral trends.

“I’m guessing that in particular he saw what was happening on Monday when [candidate Tom] Nelson dropped out of the race and endorsed Barnes,” Lee said. “I wouldn’t be surprised if that bumped Barnes by 5% or something like that.”

Lasry’s exit from the race, Lee said, prepares him for a potential future run.

Barnes is now the favorite to win the Democratic nomination, while two other candidates — Sarah Godlewski, who serves as Wisconsin’s state treasurer, and Steven Olikara — continue running despite their poor polling performance in June.

Olikara, who received less than 0.5% of the vote in the Marquette poll, told JI that his campaign is witnessing a “lightning in a bottle moment” with a surge in support following a debate earlier this month.

“We’re about to win this race and shock the world on August 9,” he said. “Because there’s been no polling since the debate that we won, the political world is going in blind into this election.”

Olikara touted his endorsements from 2020 Democratic presidential hopeful Andrew Yang, as well as Sheldon Lubar, a Milwaukee-area venture capitalist who actively supports Jewish organizations and was listed as one of Milwaukee Magazine’s most influential people in Milwaukee.

Early and absentee voting have already begun in the primary election, which includes some ballots cast for Lasry.