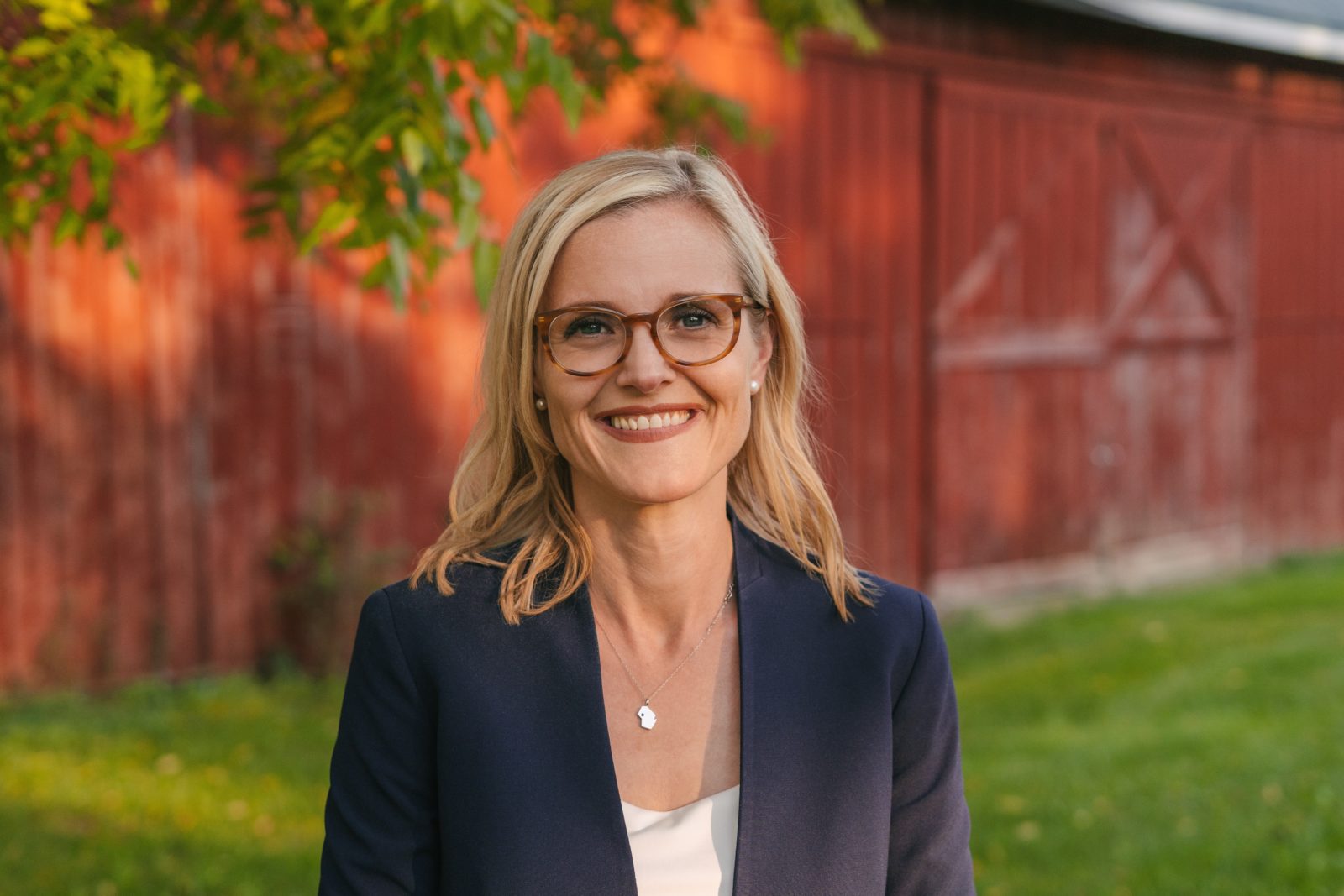 Sarah Godlewski has enjoyed something of a charmed political trajectory since 2018, when the former investment firm founder helped beat back a state constitutional amendment that would have eliminated Wisconsin’s treasurer’s office.

Later that same year, Godlewski ran for the position herself, prevailing in a tight race with 51% of the vote. “When I stepped up and ran for state treasurer as, literally, a political nobody, I not only had a tough primary, but I had a tough general,” Godlewski, a 40-year-old Democrat, said in a recent interview with Jewish Insider. “I flipped more Trump counties and took more of the vote there than the governor and lieutenant governor in a down-ballot race.”

That showing, she argues, will serve her well now that she is running for Senate. Godlewski, who is among a dozen candidates in Wisconsin’s crowded Democratic primary, believes she is best equipped to go up against a Republican in what is likely to be one of the most hotly contested races of the upcoming midterm elections.

“It’s not my first rodeo,” said Godlewski, who is one of two statewide elected officials in the race.

The two-term incumbent, Sen. Ron Johnson (R-WI), has yet to announce if he will seek reelection, but experts have predicted he will run again because of what appear to be advantageous political headwinds for GOP candidates this cycle. Nevertheless, Johnson is believed to be among the most vulnerable Republicans in the Senate, and the nonpartisan Cook Political Report has designated the race a toss-up.

In mid-November, Godlewski’s campaign released a favorable internal poll that suggested she would prevail over Johnson by two points with 48% of the vote in a hypothetical general election matchup. The results, however, were within the margin of error, and a memo from Public Policy Polling, which surveyed 636 Wisconsin voters, includes the caveat that Godlewski pulled ahead only after respondents were “given more information about the candidates and their backgrounds.”

Regardless, Godlewski will first need to move past a competitive August primary, where her prospects remain uncertain. With eight months to go, Mandela Barnes, Wisconsin’s first-term lieutenant governor, has led the limited publicly available polling by double-digit margins. 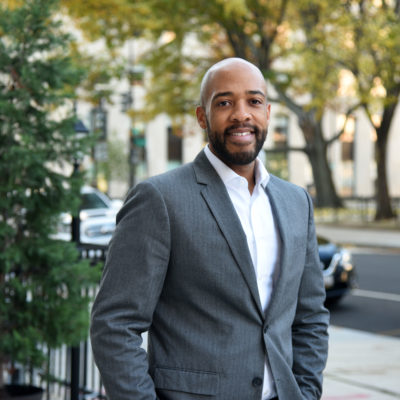 A recent survey conducted by the progressive think tank Data for Progress, in mid-November, put Godlewski at 5% among likely primary voters in Wisconsin, in a statistical tie for third place with Tom Nelson, the longtime Outagamie County executive. Alex Lasry, who is on leave from his position as senior vice president of the Milwaukee Bucks, came in second with 16% of the vote. Barnes, at 39%, was far ahead of the pack.

Still, nearly a third of voters have yet to make up their minds, according to the poll — and experts who spoke with JI suggested that the dynamics of the race are very much in flux.

Godlewski contends that her experience as state treasurer has prepared her well for the primary. “When I walked into the state treasurer’s office, literally, there were wires that were hanging down from the ceiling,” she recalled of assuming office in 2019. “I didn’t have Wi-Fi, and they gave me a pay-as-you-go flip phone as a way to communicate with constituents.”

Over the last three years, Godlewski — who, as Wisconsin’s chief financial officer, oversees a $1.2 billion state trust fund — said she overcame such obstacles. Godlewski cites such achievements as creating a homeowners task force and, early in her tenure, lifting a Republican gag order on climate change within Wisconsin’s public lands board, which she chairs. “You’ve got to be scrappy,” she said.

Godlewski claims she has forged strong connections with voters in rural, red-leaning counties across the state. “As state treasurer, one of the things that I’ve been very diligent on is making sure we reach out to our smaller communities” to ensure that “they have the resources they need,” she told JI.

The ball’s in Alex Lasry’s court in Wisconsin

“You can’t just go into rural Wisconsin and ask them to vote for you because they’re like, ‘Who are you and what have you done for me?,’” she said. “For me, I’m not showing up for the first time. I’ve been there.”

In her bid for the Senate, Godlewski described herself as a champion of “working families” who supports addressing climate change, raising the federal minimum wage and improving access to affordable childcare. Experts who spoke with JI described Godlewski as a centrist whose even-keeled policy goals position her as a kind of “moderate alternative,” in the words of one Democratic consultant who is not involved in the primaries, to staunchly progressive candidates like Nelson and Barnes.

Godlewski, who launched her campaign last April, points to a few qualities that she believes give her an edge over her opponents in the primary.

“I’m a young mom and dealing with a lot of things that young moms and young families are dealing with in this country,” Godlewski, who is among three female candidates in the race, told JI. “If elected, I would be the youngest mom serving in the U.S. Senate, and that’s why I’m talking about affordable childcare and paid family leave, because I think these are important policies that are critical to family security.”

Godlewski, who has invested at least $1 million of her own money in the race, is backed by EMILY’s List, the influential pro-reproductive choice fundraising group that supports female candidates.

Born to public school teachers in Eau Claire, Wis., Godlewski received her bachelor’s degree in peace and conflict resolution from George Mason University. From 2004 to 2012, she worked as a lead associate for the defense contractor Booz Allen Hamilton and, in 2015, founded a social impact investment firm, MaSa Partners, with her husband, Max Duckworth, an investor from Maryland. The two met as volunteer board members with UNICEF, otherwise known as the United Nations Children’s Fund.

In 2016, Godlewski served as the director of women’s outreach for Hillary Clinton’s presidential campaign in Wisconsin.

Laura Birnbaum, national political director for J Street, the left-leaning Israel advocacy group, said Godlewski “is a rare example” of a statewide elected official “who is extremely knowledgeable about foreign policy.” J Street has endorsed Godlewski in the primary, along with Barnes, Lasry and Nelson.

In conversation with JI, Godlewski expressed a strong affinity for Israel, not least, she said, because Golda Meir, the first female prime minister of the Jewish state, was raised in Milwaukee. “We have, I think, a really special relationship with Israel that goes back a long ways,” she said, “and that is something that we have to continue to foster and thrive.”

“We have done special projects [with Israel] to help strengthen our agricultural systems here in Wisconsin and work on addressing our water quality challenges,” Godlewski added. “It’s been a really important partnership.”

Godlewski has never visited Israel but said she has long wanted to go. She supports continued U.S. security assistance for Israel and rejects the Boycott, Divestment and Sanctions movement as antisemitic. “I think, honestly, it creates instability for the region,” she said of the movement, “which is bad for everybody.” Godlewski said she would have voted in favor of $1 billion in supplemental funding for Israel’s Iron Dome missile-defense system that passed the House last September and is currently stalled in the Senate.

Linda Frank, a co-chair of Wisconsin Jewish Democrats who lives outside Milwaukee, said that Godlewski sought feedback from a number of Jewish leaders at the state and national levels as she was crafting her Israel position paper, including Steve Sheffey, a pro-Israel advocate in Chicago who writes a newsletter on American politics around Israel. (He declined to comment when reached by JI on Sunday.)

Frank said Godlewski was told she had to “do more” and “retool” some language, including some instances in which she had conflated Jews with Israelis. “She listened and took it to heart and had some really long conversations and listening sessions.”

“There was nothing really wrong with her positions,” said Frank, who described Godlewski’s initial policies as “something to the right of J Street.” Frank, who is personally supporting Godlewski’s Senate bid, now describes her Israel policy platform as “close to the Biden administration.”

Marvin Tick, a member of the Wisconsin chapter of the Jewish Democratic Council of America, said Godlewski has demonstrated an understanding of the group’s core issues, including addressing antisemitic incidents that have seen a sharp rise across the Badger State in recent years.

“There is no room for hate in this country, and we need to push our leaders to stand up and be role models in this way, and I don’t think they always have been,” Godlewski told JI. “We have a real opportunity to address this with the U.S. envoy to combat antisemitism for the State Department.”

The Biden administration has nominated Deborah Lipstadt, a prominent Holocaust historian, for the role, but Republicans have so far delayed her confirmation hearing over past tweets that were critical of some GOP members who sit on the Senate Foreign Relations Committee.

“It’s really frustrating,” Godlewski said. “We know that this is on the rise. We have an opportunity to appoint an amazing leader to help us think systemically about how to address this again, and the Senate Republicans are sitting on this? It just, to me, is infuriating, and we need better.”

“Imagine what I can do in the U.S. Senate by fighting for Wisconsinites,” Godlewski said, “and doing what’s right.”