If passed, the non-binding resolution would be the first of its kind passed in a U.S. city or town 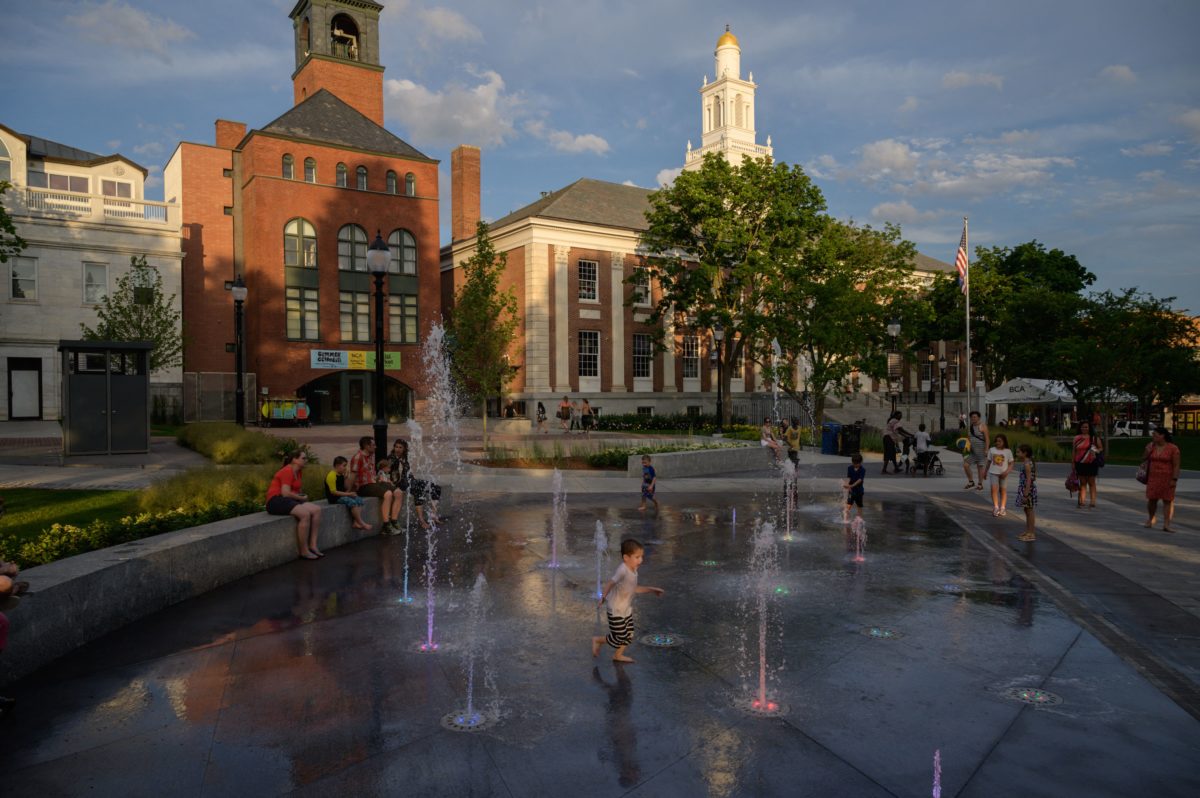 Children play in a fountain in Burlington, Vermont on June 28, 2021.

The city of Burlington, Vt., is expected to vote tonight on a resolution endorsing the Boycott, Divestment and Sanctions movement targeting Israel. If passed and approved by the city’s mayor, Burlington will become the first city in the country to enact BDS legislation.

The Jewish Communities of Vermont (JCVT) is organizing against the vote, conducting outreach to the council’s 12 members and encouraging community members to convey their opposition to the non-binding legislation. Yoram Samets, a Jewish community activist who sits on JCVT’s antisemitism task group committee, told Jewish Insider that community members have sent more than 1,300 emails to council members in recent weeks, lobbying against the legislation. The group is working in conjunction with local synagogues and the University of Vermont Hillel.

“We looked at this not from a Burlington perspective, but from the state of Vermont perspective,” Samets said. Jewish activists in Burlington were concerned that the efforts could spread statewide, he explained, “and make it challenging for the Jewish community. So we took this on as a Vermont issue.”

The push for Vermont’s biggest city to adopt a controversial resolution began earlier this year, Burlington residents told Jewish Insider, in the wake of protests over May’s 11-day conflict between Israel and Hamas in Gaza. But efforts to lay the groundwork for an anti-Israel push at the city level began much earlier.

“From my perspective, this has been in the works for 20 years,” Samets, a 40-year resident of the state, told JI. “In Vermont, we have a Vermont peace and justice group, and this is rooted with them. And they’re strident anti-Israel activists for years and years. This is the first time they’ve actually been able to get the city council to take on such a resolution. But they’ve been behind this type of activity for a long time.”

Rabbi Amy Small, whose Conservative congregation, Ohavi Zedek, is the oldest in the state, told JI that tensions “have been simmering for a very, very, very long time.”

“It is sort of an explosion of all of that, all of those sparks that have been flying around up until now,” she added.

While no other U.S. city has passed a BDS resolution to date, efforts targeting Israel have seen success on college campuses. Sixty-nine campuses have passed 103 anti-Israel measures since 2011, according to data from the Israel on Campus Coalition. In 2018, the city council of Durham, N.C., where Duke University is located, passed a resolution ending exchanges between the city’s police department and Israeli police forces. Earlier this year, Cambridge, Mass., home to Harvard University, passed a watered-down anti-Israel resolution that fell short of calling for a boycott of companies that operate in Israel.

In order to pass, a majority of the Burlington City Council’s 12 members must vote for the resolution. The legislation will then go to Mayor Miro Weinberger, who has veto capabilities. Weinberger did not respond to a request for comment from JI.

The timing of the resolution, between Rosh Hashanah and Yom Kippur, raised additional concerns among community leaders.

“The hard part about this is it is happening during the Aseret Yemei Teshuvah [the 10 days between Rosh Hashanah and Yom Kippur], when it’s kind of a busy time for rabbis,” Small added. She suggested that the legislation’s backers were “ignorant about what this time is for the Jewish community.”

Samets thought the timing was more intentional. “We’re talking here about pretty sophisticated people in their actions and their thinking, so they knew where we were,” he said. “So, they chose it specifically.”

“We’ve seen it on college campuses for years and now it has become an accepted practice at the municipal level: proponents of anti-Israel resolutions schedule votes on Jewish holidays, or adopt a ‘surprise’ approach, where they devise plans in secret and the community only learns of their approach when the agenda becomes public,” Greenblatt said. “Both tactics affirm what we already know: BDS is a concept rooted in antisemitism and one that typically prompts anti-Jewish sentiment. Scheduling debate and public comment on an issue of concern to a particular community during a time when they literally can’t participate disenfranchises them and is a form of discrimination. It’s legally dubious and morally wrong but particularly egregious for a public governing body. Burlington should vote ‘no’ on this ugly resolution on principle let alone on policy.”

Efforts to pass anti-Israel legislation on college campuses have at times been scheduled to coincide with Jewish holidays. At Tufts University in 2017, the student government passed a BDS resolution the evening before Passover began, when many Jewish students had already left campus for the holiday. The following year, a similar resolution at Case Western University was scheduled to be voted on during Passover, but ultimately tabled.

Residents of Burlington, where Vermont Sen. Bernie Sanders began his political career as the city’s mayor in the early 1980s, told JI that even if the resolution does not pass, they fear a protracted battle over issues related to Israel.

“The activists who put forth this resolution are not going to stop. It opened up the pressure cooker, the steam is coming out,” Small said. “And we are given to believe that this is only the first salvo of what could be a long-running conflict.”