'I don't want to see support for Israel used as a wedge issue,' said the five-term Republican senator from Maine 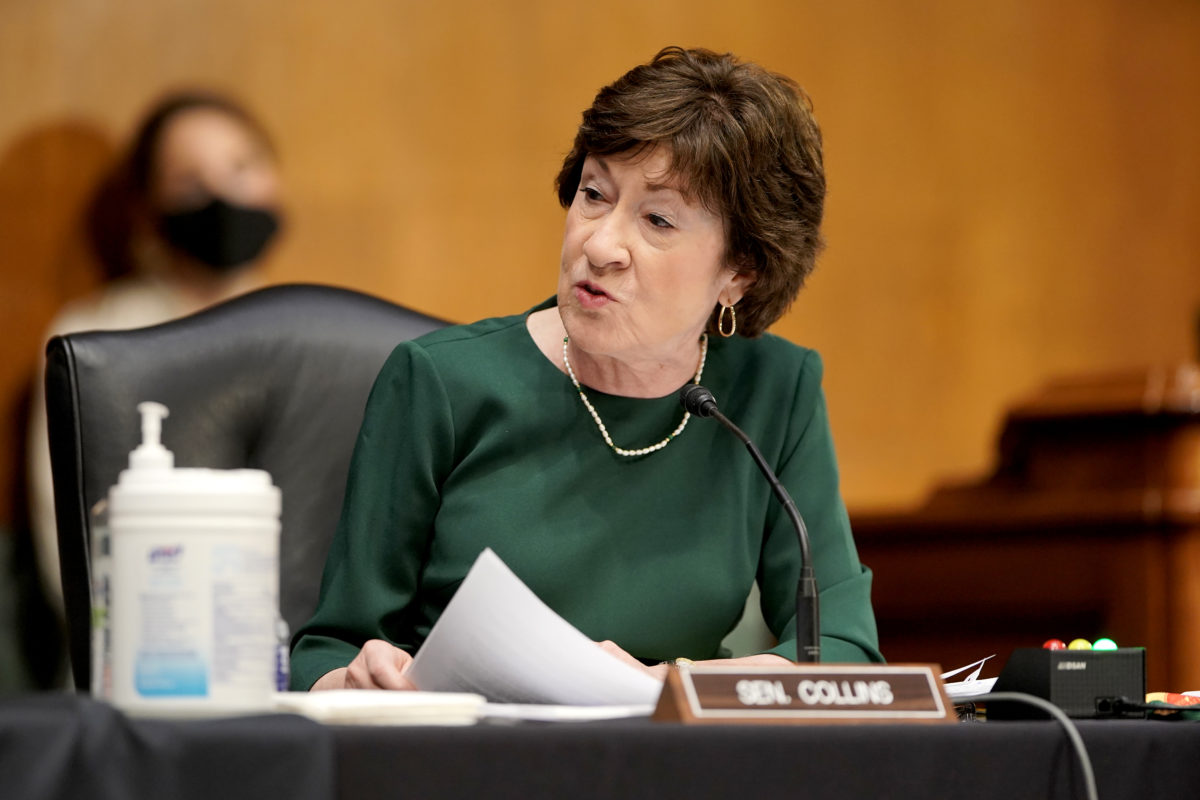 Sen. Susan Collins (R-ME) expressed her hope that support for Israel will remain bipartisan in an interview with Jewish Insider on Thursday, following weeks in which the recent violence between Israel and Hamas exposed sharp divisions between Democratic and Republican lawmakers. “Our support for Israel should remain strong,” she said, “even as we work to bring peace as we did with the ceasefire in the Middle East.”

The five-term senator praised President Joe Biden’s handling of the 11-day conflict, echoing the sentiments of Sen. Lindsey Graham (R-SC), who thanked Biden for “standing with Israel” at a Tuesday press conference in Jerusalem.

“I personally view President Biden as a strong supporter of Israel,” Collins said, commending his recent decision to approve a $735 million weapons sale to Israel that had been opposed by several members critical of Israel within his own party. “It seems to me that the president has not changed where he stands.”

Her comments stand in contrast to those of some prominent Republicans who have accused Biden of abandoning Israel as he faces pressure from the party’s far-left flank to adopt a tougher stance on foreign policy matters concerning the Jewish state.

But while Collins maintained that “there are still many very strong supporters” of Israel among Democrats in the House and Senate, referring in particular to Sens. Ben Cardin (D-MD) and Bob Menendez (D-NJ) as well as Rep. Josh Gottheimer (D-NJ), she added her concern that such support now appears to be waning.

“When I listen to people like Sen. Bernie Sanders and Sen. Elizabeth Warren propose that we put conditions on our commitment to Israel and conditions on aid to Israel, that concerns me,” she said. “It indicates a real change in what has been very strong bipartisan support for the State of Israel.”

The recent conflict, Collins suggested, has accentuated that tension. “There were some members who seemed to have difficulty in conceding that Hamas is a terrorist group backed by Iran and which started this conflict by firing rockets into Israel and putting the lives of innocent Palestinian citizens at risk,” she told JI.

“We need to send a strong, clear, unified message that we support Israel’s right to defend itself,” Collins said, “and that there’s no moral equivalency between groups like Hamas and how Israel responds.”

For her part, Collins conveyed her strong support for Israel’s Iron Dome defense system while noting that she has led missile defense funding efforts as a member of the Senate’s appropriations committee and supports the memorandum of understanding guaranteeing $3.8 billion in annual military assistance for the Jewish state.

Collins told JI she was “deeply troubled” by the recent uptick in antisemitic attacks across the United States, some of which appear to have been motivated by anti-Israel animosity.

“They are despicable and create an atmosphere of fear among our Jewish neighbors,” she said, adding that she is co-sponsoring a bill to combat antisemitic hate crimes, led by Sens. Tom Cotton (R-AR) and Mitch McConnell (R-KY), that will be introduced when lawmakers reconvene next week following the June recess.

The senator adopted a neutral stance on the recent developments in Israeli politics, where a diverse coalition of Israeli opposition parties have united in an effort to oust Prime Minister Benjamin Netenyahu.

“It now looks like there’s an extremely unusual coalition that is united by the coalition members’ desire to remove Prime Minister Netanyahu from office,” Collins observed. “If you look at the coalition from an outsider’s viewpoint — and I don’t pretend to be, by any means, conversant with internal Israeli politics — but it appears to have an Islamic party, you have a green party, you have an ultra-far-right party, which is likely to be from where the next prime minister comes.”

“It’s going to be interesting to see if Mr. Bennett can hold it all together,” Collins added, alluding to Naftali Bennett, who as leader of the right-wing Yamina party would replace Netanyahu should the coalition hold together in the coming days.

Despite having commended Biden’s pro-Israel credentials in conversation with JI, Collins was critical of the president’s effort to reenter the Iran nuclear deal, known formally as the Joint Comprehensive Plan of Action, or JCPOA.

“I am concerned that this administration is too eager to get back into the JCPOA,” she said. “I hope that my assessment is not what proves to be the case, but I would love to see a good agreement with Iran that would prohibit Iran from ever developing nuclear weapons.”

The agreement reached by the Obama administration in 2015, Collins said, remains inadequate.

“The flaws in the agreement that President Obama’s administration negotiated are really evident in the fact that once the Trump administration withdrew from the JCPOA, Iran was able to restart enrichment of uranium so quickly and so easily,” she told JI. “That tells you something about the capacity still being there, and that concerns me.”