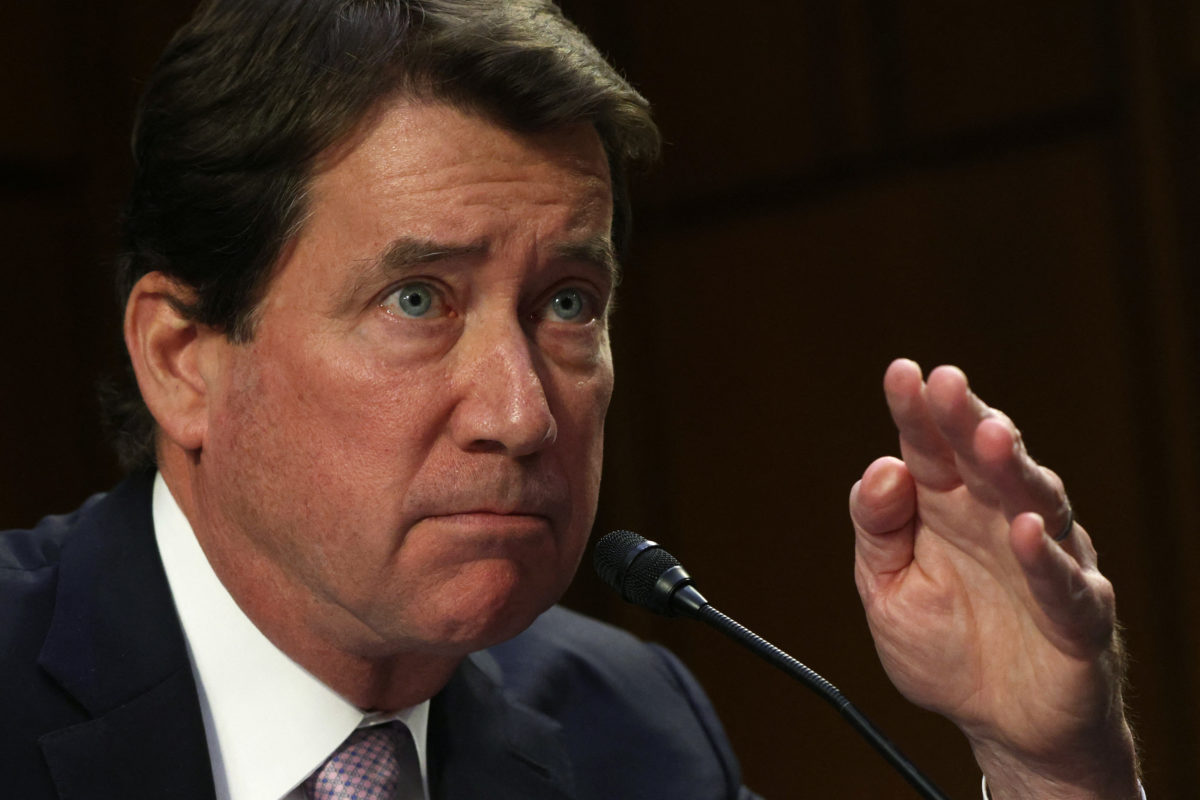 Sen. Bill Hagerty (R-TN) speaks during a hearing of the Senate Appropriations Committee on May 12, 2021.

Sen. Bill Hagerty (R-TN) laid much of the blame for the recent conflict between Israel and Gaza on the Biden administration’s Middle East policies, in an interview with Jewish Insider on Wednesday.

Hagerty, who returned from a multi-day trip to Israel on Wednesday morning, said he traveled to the region to “show my unwavering support for Israel.”

The Tennessee senator characterized the recent conflict as a “test of the will of the Biden administration” on behalf of Iran and its proxies.

Hagerty’s comments stand in stark contrast to those of Sen. Lindsey Graham (R-SC), who also visited the region this week. Graham argued on Tuesday that most Democrats, including Biden, are strongly pro-Israel.

“You’ve got to look at how they vote. It’s hard to know what’s in a person’s heart… When they vote in a way that’s not supportive, I think that sends a very bad message,” Hagerty said, before adding that his constituents in Tennessee are pro-Israel regardless of party affiliation.

Hagerty confirmed that Israeli leaders told both him and Sen. Ted Cruz (R-TX), with whom Hagerty was traveling, that they plan to request $1 billion in additional funding from the U.S. to resupply and upgrade Iron Dome, as first announced by Graham on Tuesday. Hagerty declined to say if he expects — as Graham does — that Biden and congressional Democrats will support that request.

“If every member of Congress had the benefit of what Senators Graham, Cruz and I saw, in terms of the effectiveness of the Iron Dome… I think that they would be supportive of that,” Hagerty said.

Speaking to JI less than two hours after Israeli opposition party leaders announced they had agreed to form a new government, setting the stage for Netanyahu’s ouster, Hagerty predicted that U.S.-Israel relations would not be impacted by the potential change in government.

“It should have no change at all. Israel remains our ally. It has since 1948 and will continue with our ally,” Hagerty said. “I look forward to working with Israeli leadership, whomever it may be, over the course of the coming year… I’ve gotta believe that the strategic interests remain the same.”

“I think we want to be engaged with the Palestinian people, but the Palestinian Authority and Hamas both are very challenged in terms of the lack of leadership there and the terrorism that results from that,” he said. “My most important point right now is for us to show our solidarity with Israel.”

Hagerty said that to advance permanent peace between Israel and the Palestinians, the U.S. should continue to work to facilitate regional economic cooperation through agreements, pointing to last year’s Abraham Accords. Hagerty also suggested that the U.S. should restrict aid to the Palestinian Authority and the United Nations Relief and Works Agency (UNRWA).

“We know we need to build economic prosperity in the region,” Hagerty continued, “and when the Palestinian Authority sees that it’s in their interest, which it should be, when the Palestinain people push them in that direction, I hope they’ll find their way to the bargaining table.”