Republicans will seek to censure the Squad in a new resolution 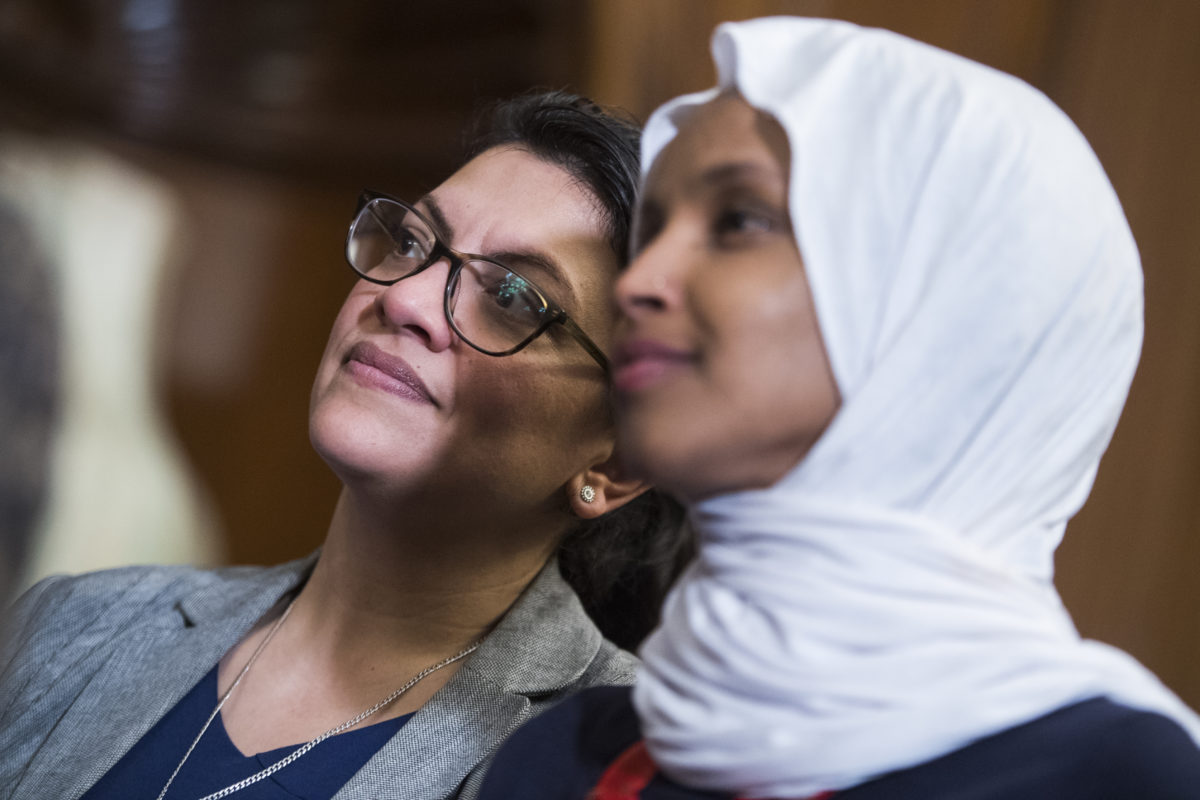 Reps. Ilhan Omar (D-MN) and Rashida Tlaib (D-MI) attend a rally with Democrats in the Capitol to introduce the "Equality Act" on Wednesday, March 13, 2019.

The resolution, which will be introduced by Reps. Michael Waltz (R-FL), Jim Banks (R-IN) and Claudia Tenney (R-NY), comes in response to recent rhetoric from the four progressive members of Congress.

The censure resolution cites a series of comments from the members, including references to Israel as an “apartheid” state, and accusations that the country engages in ethnic cleansing, racism, dehumanization, terrorism and human rights violations.

The resolution claims that these statements “support the actions of a recognized terrorist organization over the defense of one of our long-time allies” and “have resulted in increased violence and antisemitic hate crimes throughout the United States.”

“We cannot turn a blind eye to Members of Congress openly defending terrorist attacks by Hamas against our close ally Israel nor their dangerous rhetoric which has contributed to anti-Semitic attacks across the country,” Waltz said in a statement.

Banks said that Democratic leadership has failed to properly discipline the members for their comments. Republicans on Friday called on Democratic leadership to punish Omar for comments last week appearing to compare the U.S. and Israel to terrorist organizations. Pelosi indicated on Sunday that Democrats had no plans to further penalize Omar, saying that they “did not rebuke her.”

“Reps. Omar, Talib, Pressley and [Ocasio-]Cortez have repeatedly denigrated America and our closest ally. Democrat leadership finally responded to their unhinged comments last week — with a press release,” he said in a statement. “Actions speak louder than squishy words. Speaker Pelosi can let members vote on our resolution, or she can cover for the Hamas Caucus and their anti-Israel and anti-American rhetoric. We’ll see.”

Tenney suggested that the resolution was prompted by Omar’s recent comments..

“Last week, Congresswoman Ilhan Omar compared the United States and Israel to Hamas and the Taliban,” Tenney said in a statement. “Sadly, this is not out of character for ‘The Squad,’ who have made a habit of trafficking in anti-Semitic rhetoric.  Their actions have been completely unchecked by Democratic leadership in the House, even as vile attacks against Jewish Americans are rising. Enough is enough. Anti-Semitism has no place in Congress or the Democratic Party. Speaker Pelosi won’t stand up and take action, which is why I’m honored to do so today alongside Congressmen Waltz and Banks.  We are sending a clear message that this type of rhetoric is unacceptable.”

House Minority Leader Kevin McCarthy (R-CA) will reportedly be introducing a privileged resolution — on which he can force a floor vote — stripping Omar of her House Foreign Affairs Committee seat.