The paper faces 'the triple threat of declining circulation, declining advertising and in the Jewish world, declining interest in Jewish engagement,' according to its editor 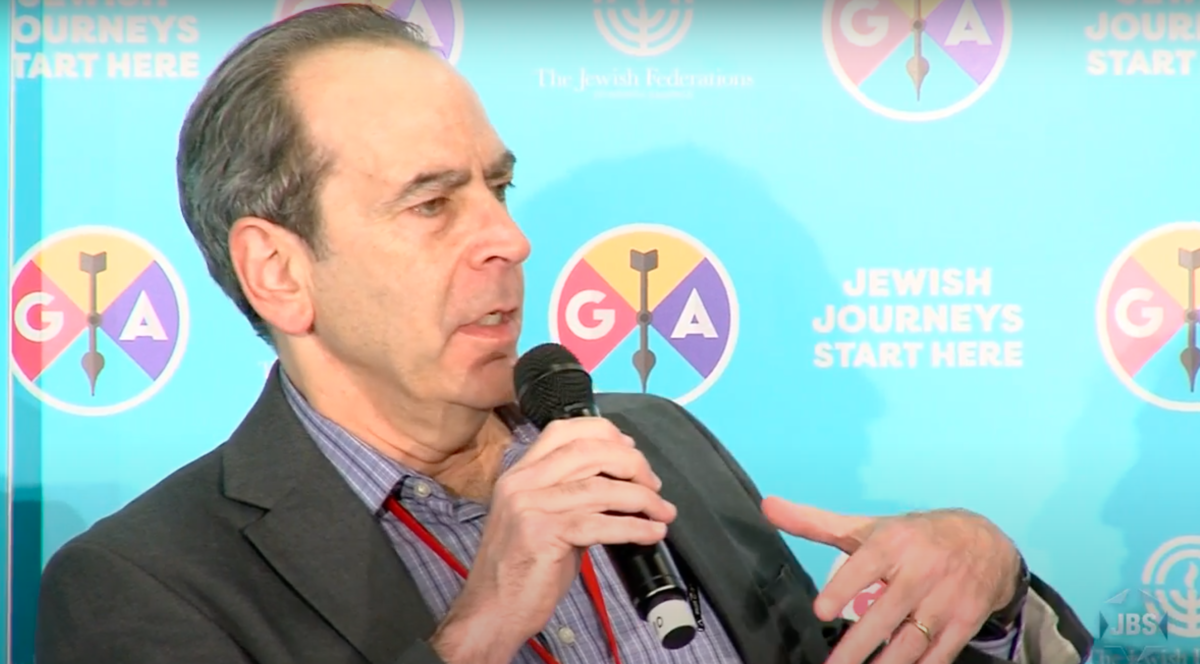 After more than 40 years as a primary source for Jewish news in New York City, The New York Jewish Week, a newspaper long savored in observant homes on Shabbat, is ceasing print circulation on July 31.

The Jewish Week’s editor-in-chief Andrew Silow-Carroll, and Kai Falkenberg, president of the board of directors, wrote in a July 7 post on the newspaper’s website that the print edition is “going on hiatus while we concentrate on bringing you an all-digital model.”

Much of the remaining staff is being laid off and there were recent cuts in every department, though Silow-Carroll, who spoke with Jewish Insider’s Debra Nussbaum Cohen, would not share specific numbers. (Nussbaum Cohen was a staff writer at the Jewish Week from 2000 to 2008). Several positions recently vacated when people left were not refilled, he said. Nor would Silow-Carroll talk about The Jewish Week’s budget. As part of the Paycheck Protection Program, the publication received a government loan of between $350,000 and $1 million, according to data released by the Small Business Association this week.

“It’s no surprise that a print newspaper in 2020, facing the triple threat of declining circulation, declining advertising and, in the Jewish world, declining interest in Jewish engagement,” is moving to digital only, Silow-Carroll said in the interview. He joined The Jewish Week in October 2019, after serving as the editor of the Jewish Telegraph Agency for three years. Prior to that, Silow-Carroll was the editor of the New Jersey Jewish News for 13 years.

Among those laid off in March were Jonathan Mark, a long-time columnist and editor at the paper who was known for writing colorful and often contrarian cultural and political commentary, and Jerusalem-based Michele Chabin, who for 20 years worked as the paper’s only Israel correspondent on staff.

The New York Jewish Week joins several other major Jewish publications that have recently ceased print or shut down altogether, including The Forward, which went digital-only in 2019; and the Canadian Jewish News, which closed this year.

Gary Rosenblatt, The Jewish Week’s editor and publisher from 1993 to 2019, told JI that “it’s a bittersweet feeling to consider The Jewish Week stopping its print edition for now, knowing that for many years loyal readers have welcomed it into their homes on Shabbat.”

“It’s clear that Jewish journalism, like American journalism in general, has reached a point where the advertising and business model is no longer sustainable and has been replaced by a reliance on philanthropic foundations,” Rosenblatt wrote in a statement to JI. “I’m confident that under its new leadership, The Jewish Week will continue to serve the community through its high-quality journalism and important educational projects, albeit in a different form of delivery.” Rosenblatt said he expects to continue with his current title, editor at large, at the publication.

The Jewish Week will also continue running Write On For Israel, a program that teaches Israel engagement to Jewish high school students, and its popular literary series, which is hosted by Jewish Week book critic Sandee Brawarsky. Silow-Carroll confirmed that Brawarsky will remain on staff. In addition, Hannah Dreyfus, an award-winning investigative journalist, will return to The Jewish Week following her current maternity leave, according to Silow-Carroll.

Silow-Carroll told JI he hopes to make The Jewish Week a more inclusive publication than it has been in the past. “I am trying to re-think what a Jewish paper can be in a New York Jewish community that’s really changing,” he said. When you think of a New York Jew, “you don’t necessarily picture a Jew of color or a gay Jew or a woman. We have to reflect the entire community, and not just the large and influential Orthodox community. I want to make sure we have the right balance of male and female opinion bylines, and constantly ask the question ‘who’s not being included?’”