Discovering the secrets of the Jewish South

Sue Eisenfeld’s latest book led her on a geographical, religious and historical adventure 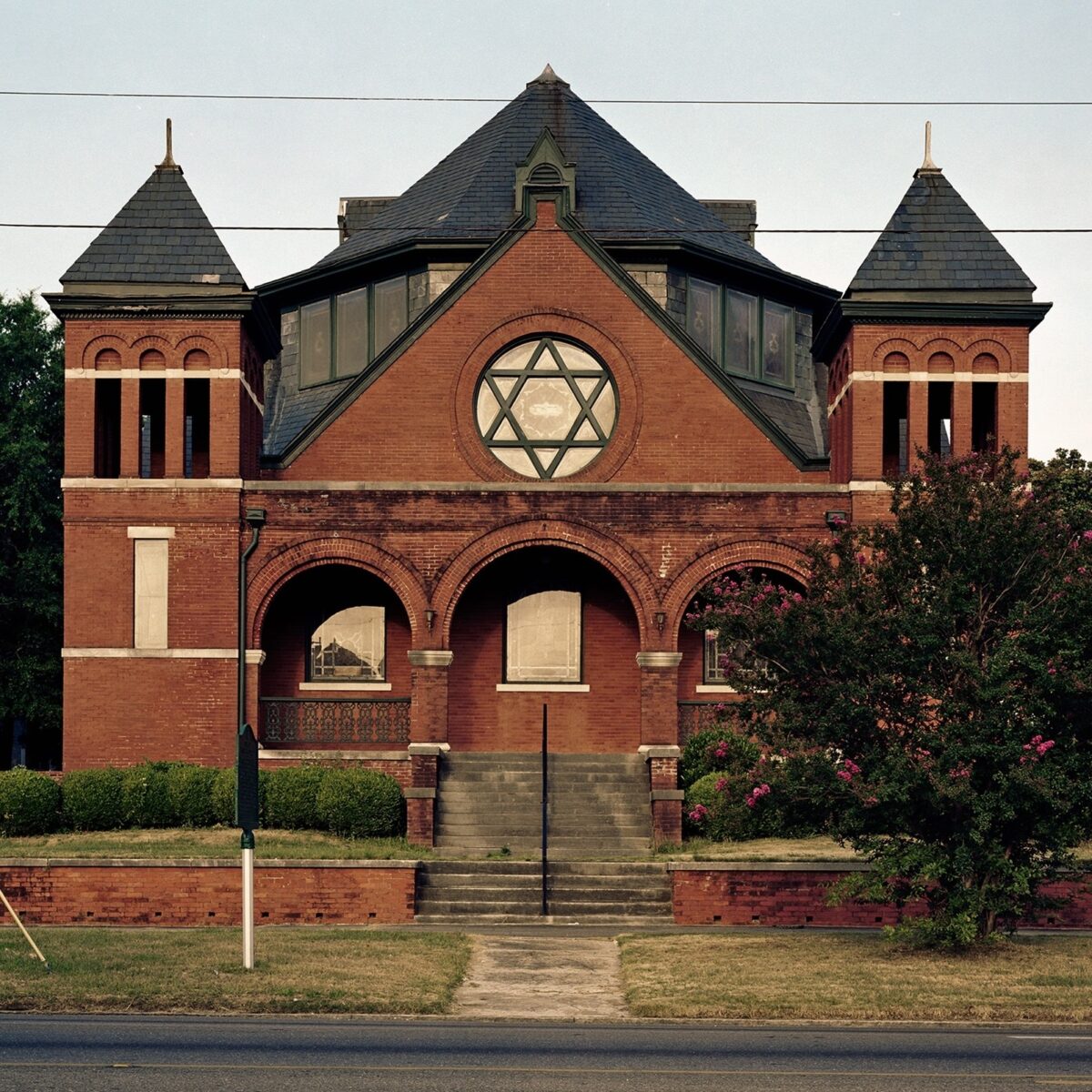 Temple Mishkan Israel in Selma, Ala.

Sue Eisenfeld had never given much thought to Jewish history in the southern United States. She grew up in a secular Jewish family in Philadelphia before picking up her life and relocating to Virginia. But it took more than 15 years of living near the former capital of the Confederacy before Eisenfeld, a writer and writing teacher at Johns Hopkins University, set out on a deep exploration of the region.

Spurred in part by her discovery of a Confederate soldier section in a Jewish cemetery in Richmond, she embarked on what became four years of traveling across nine different states in the Deep South, hunting down the forgotten history of some of the once-vibrant Jewish communities below the Mason-Dixon line.

While researching and writing her new book, Wandering Dixie: Dispatches from the Lost Jewish South, Eisenfeld discovered facts and stories that neither she — nor anybody she spoke to — had ever heard about.

“Everyone that I talked to about the book, friends and family, didn’t know any of the history about the Jews of the South,” she told JI. “There really isn’t much written for a general audience about this.”

One of the earliest Jewish settlements in the United States, she discovered, was a thriving Sephardi community established in Charleston, South Carolina, in 1695. That community “became the largest Jewish community in North America through the 1830s,” Eisenfeld wrote, “with about five hundred Jewish people, compared to only about four hundred in New York.”

Eisenfeld was also shocked to learn about Jews who fought for the Confederacy during the Civil War. “How could the Jews, who celebrate their freedom from slavery in Egypt each year at Passover, have fought for the South, for the side of slavery?” she asks in the book. Eisenfeld noted that the book’s release this week, right before Passover, is a coincidence, but a meaningful one nevertheless.

She also digs into the Jews who famously fought alongside blacks for the civil rights movement in the 1960s — though some of what she uncovered surprised her.

“Not only were eventually about 90 percent of the civil rights lawyers in Mississippi northern Jews, but northern Jews made up a third to a half of the young activists who went South during  Freedom Summer 1964, the voter-registration drive,” Eisenfeld wrote.

But during a visit to Selma, Alabama, a city that personifies the civil rights struggle — and where an estimated four Jews remain today — she learned that the local Jewish community wasn’t always thrilled by the northerners on the front lines. While most were supportive of the movement, remembering their own treatment and persecution, they weren’t happy at the spotlight it was likely to shine on them.

“Jews had carved out a life in Selma and were accepted in the fragile trust of both whites and blacks,” Eisenfeld wrote. One surviving Jewish community member told her that “the Jewish community’s stand, in general, was not to take a stand. Our businesses were our livelihood,  and we didn’t know which way this would fall.”

Most of her research focused on small Jewish communities that are all but historical relics today, with overgrown synagogues, uncared-for cemeteries and dwindling — or nonexistent — Jewish populations. While Eisenfeld notes that plenty of Jews still live in the South today, “it just is more in the big cities,” like Atlanta, Charleston and Dallas.

“As I was writing this book, I felt deeply sad about the state of some of these Jewish communities,” she said, “and I think some of them don’t have a great future ahead of them.” Part of her hope in writing the book, she told JI, is to drive awareness and potential fund-raisers to preserve the synagogues and historical sites that are in a state of disrepair.

While Eisenfeld grew up in a Jewish family, she had very little connection to any Jewish traditions: “I had never gone to religious school, never learned Hebrew, never had a bat mitzvah,” she wrote. But her research and travels lit a Jewish spark she never knew existed.

“I definitely felt more Jewish — I visited synagogues more times during this book than I had in my whole life,” Eisenfeld told JI. “I’ve become more interested in Jewish life, Jewish history… I’m still realizing how much I don’t know, but I’m now much more interested in knowing it.”

She said while she hasn’t “necessarily become more observant in religious practice, I definitely feel more connected to my heritage.” And that connection includes a never-before-felt desire to visit Israel, something still on her to-do list.

Eisenfeld’s travels across the South served not just as research, but also as a profound learning experience.

“I came to this book with a lot of assumptions and biases and stereotypes in my head about various things,” she said. “And traveling to these places and doing this research shattered a lot of those things, it made me see how incomplete my worldview really was.”