What’s at stake in Israel’s next election

The central issue of this election is the same one that has dominated campaigns in consecutive cycles: Benjamin Netanyahu 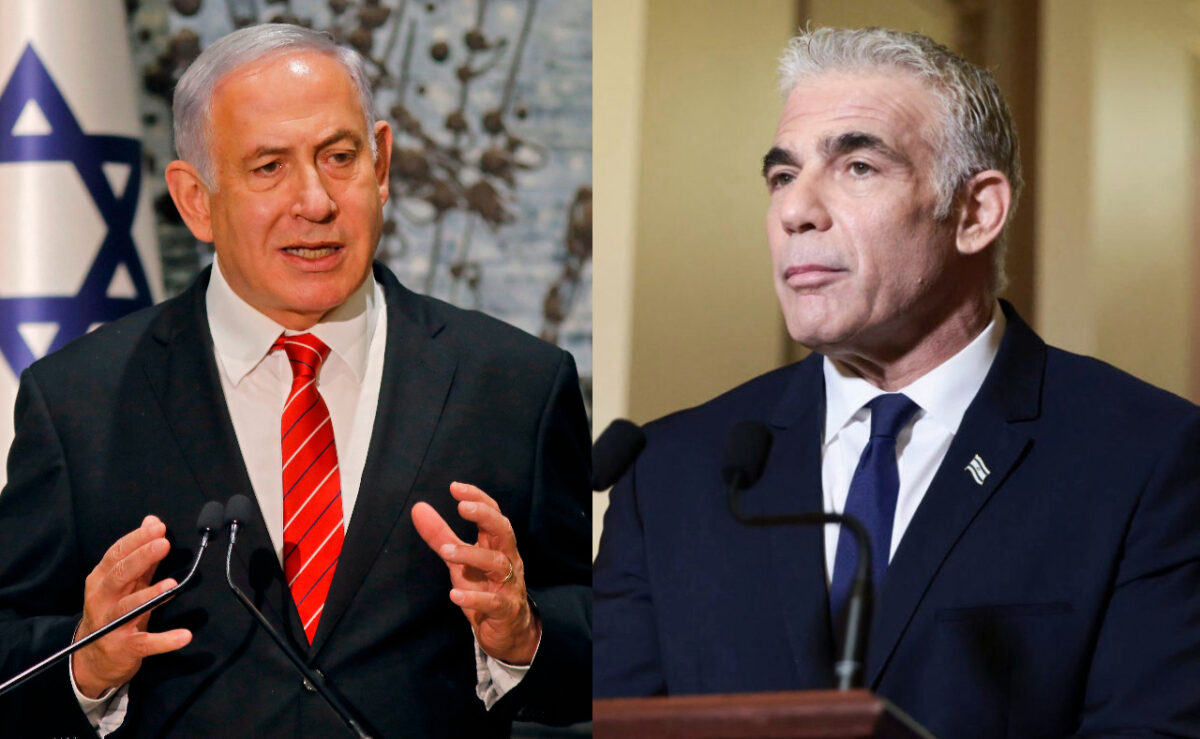 With less than 14 days until Israelis return to the polls for a fifth general election in as many years, signs that the country is in the midst of another political race are hard to find.

Some blame public apathy toward the November 1 election on the lazy days of summer vacation, followed by nearly a month of Jewish holidays. Others say Israelis are fed up with an unstable political system that has been in crisis for four years. Whatever the reason, this election appears unlikely to bring about any dramatic changes.

Yet political analysts who are closely watching the race say that it might be the most decisive election the country has faced so far, with matters such as the rule of law and political identity at stake.

Jewish Insider discussed the upcoming vote with three political observers – Yohanan Plesner, president of the Israel Democracy Institute, Aviv Bushinsky, a political commentator and a former chief of staff to former Prime Minister and current Opposition Leader Benjamin Netanyahu, and Jonathan Rynhold, head of the political studies department at Israel’s Bar Ilan University – to ask why the country is embroiled in this never-ending cycle of elections, what is this election about and what it will take for Netanyahu to return to power?

Polls published this week gave Netanyahu’s Likud around 30 seats out of the 120 in Israel’s Knesset. The right-wing bloc that backs him, however, appears to fall short of the requisite 61 seats needed to form a government.

Yesh Atid, the party of Prime Minister Yair Lapid, who took over as caretaker leader in July, polled at 25 seats. That gives the current government bloc – the anti-Netanyahu bloc – 57 seats, with the outsider Arab party, Hadash/Ta’al, hovering at the electoral threshold with the minimum of four seats.

A report published this week by Israeli daily Haaretz noted that campaigns for the election, which was called in June, have been slow to kick off. With two weeks until Israelis cast their ballots, the competing political parties have spent only about 30 percent of their campaign budgets, with most focusing their efforts on a push during the final week. Netanyahu is reportedly placing emphasis on mobilizing older members of his party, with Likud supporters engaging in door-to-door canvassing. Lapid, meanwhile, is treading a fine line between poaching voters from potential coalition partners to the left of the political spectrum and ensuring high voter turnout across the board, with a particular focus on Arab voters.

Following are a series of brief interviews with Israel’s top political analysts. Their answers have been edited for clarity and brevity:

Why is Israel holding its fifth election in four years?

Plesner: It’s a reflection of the deep divide over the Netanyahu question, and of the deeper, structural weaknesses of our electoral and constitutional system. Basically, there’s an immediate conflict/dispute around Netanyahu and his role in Israeli public life. He has the strongest positive support and the strongest negative rejection. At the same time, it has brought to the surface the fact that our electoral system has inherent weaknesses. It’s particularly easy to disperse the Israeli Knesset, compared to other parliamentary democracies, and the constitutional arrangements in Israel are not well secured or etched in stone, therefore, in times of crisis, like now, there’s a temptation to try to undermine those constitutional arrangements.

Bushinsky: The easy answer is Benjamin Netanyahu. The second answer is that there is a shift in Israeli society that politicians either don’t recognize or don’t want to accept. The shift is that the majority of Israelis have shifted towards the right, yet the parties are still stagnant or decadent and refuse to accept it.

Rynhold: Israel is having another election because the political system, the Knesset, is divided sharply between two blocs – those that support Benjamin Netanyahu and those that oppose him. These blocks are evenly divided. It’s complicated, however, because there are many different parties that make up the bloc against Netanyahu and there are many major issues on which they disagree, making it difficult for them to form a stable government. Equally, until now, within the right-wing parties, there were people who agreed with Netanyahu on questions of policy but felt he was unsuitable to be prime minister because he is in the middle of a corruption court case.

What is the theme of this election? What’s at stake?

Plesner: If you ask the majority of Israelis what they would want [the election] to be about, they would say the economy or cost of living, safety and the threat of terrorism. But this is not what’s at stake in this election. This is an extremely consequential election, perhaps even the most consequential election in the country’s history because the fundamental constitutional arrangements that have characterized Israeli democracy since its foundation are at risk from radical initiatives to reform or change them.

Bushinsky: It’s still the same question as five elections ago: Netanyahu. Lapid says he’s even willing to go to a sixth election, as long as Netanyahu does not return to power. If Netanyahu gets more than 59 seats, then he’ll be the one who will form the government. However, I have a theory that if Netanyahu’s bloc gets less than 59 or his party receives less than 32 mandates, then someone will get rid of him.

Rynhold: The key issue is Netanyahu. This is an issue because those who do not want him to be prime minister feel that the rule of law in Israel is at stake. They feel this because they’ve come to believe that Netanyahu is willing to stop at nothing in order to avoid going to prison and that he is willing to corrupt the legal system to do that.

What needs to happen for Netanyahu, and his bloc, to return to power?

Plesner: If I had to single out one factor that will have the most significant impact on the outcome of the election and on Netanyahu’s probability of returning to power, it would be the level of participation by the Arab minority. Until recently, predictions were that their participation will be even lower than the 40 or so percent of the previous election. Now there are reports of it changing, but it’s too early to tell whether those reports are genuine.

Bushinsky: It’s dependent on how many people eventually will go to the ballot. In the last elections we had 64.7% of voters, which is pretty high in any Western democratic country, but for Netanyahu to be elected, it might not be enough. This is why he’s focusing on bringing the 200,000 right-wing supporters to the ballots. However, I can’t see why this time they’ll come because I don’t see any big change.

Rynhold: First of all, there are voters who could theoretically vote for the parties in either bloc. They are primarily center-right voters, so they could vote for [Defense Minister Benny] Gantz because there are former members of the Likud in his party. Or they could remain with Netanyahu, but they have a problem with him because of his corruption cases and they have a problem with voting for anything other than a right-wing party.

The second problem is turnout. Turnout affects the Israeli election, particularly Arab turnout. The turnout is important because it can affect whether parties cross the electoral threshold of 3.25%. In other words, you can get around close to 200,000 votes, if there’s a high turnout and still not crossed the threshold. So parties like the Arab parties, which have now split, are in danger of not crossing the threshold and if they don’t, then their votes will be redistributed and that will almost certainly help Netanyahu.

What factors could help Lapid stay in power?

Plesner: First of all, since Israel’s electoral system doesn’t necessarily produce a decisive outcome, because Lapid is the default prime minister, if no other government is formed then he will remain prime minister. This is probably the most natural path for him to continue in that position. Secondly, if Netanyahu does not achieve a majority of 61 Knesset seats for his bloc, this might open up alternative options for Lapid.

Bushinsky: I don’t see any scenario whereby Lapid will stay prime minister and I think he knows that because you can see how he is running his campaign. His campaign is not to fight for the bloc, for the anti-Netanyahu bloc, he is fighting to get as many voters for his party as he can to be the second largest party. There is one thing that could happen, though most people disagree with me, and that is Netanyahu and Lapid striking a [power-sharing] deal after the elections.Rynhold: Arab turnout is the most important thing for Lapid too. If no one can form a government, then he remains prime minister until there is another election, which means all he needs to do is make sure that Netanyahu doesn’t get 61 seats. Therefore, he needs a good turnout from the Arab sector.