The five-term incumbent is facing a challenge from progressive state Sen. Alessandra Biaggi 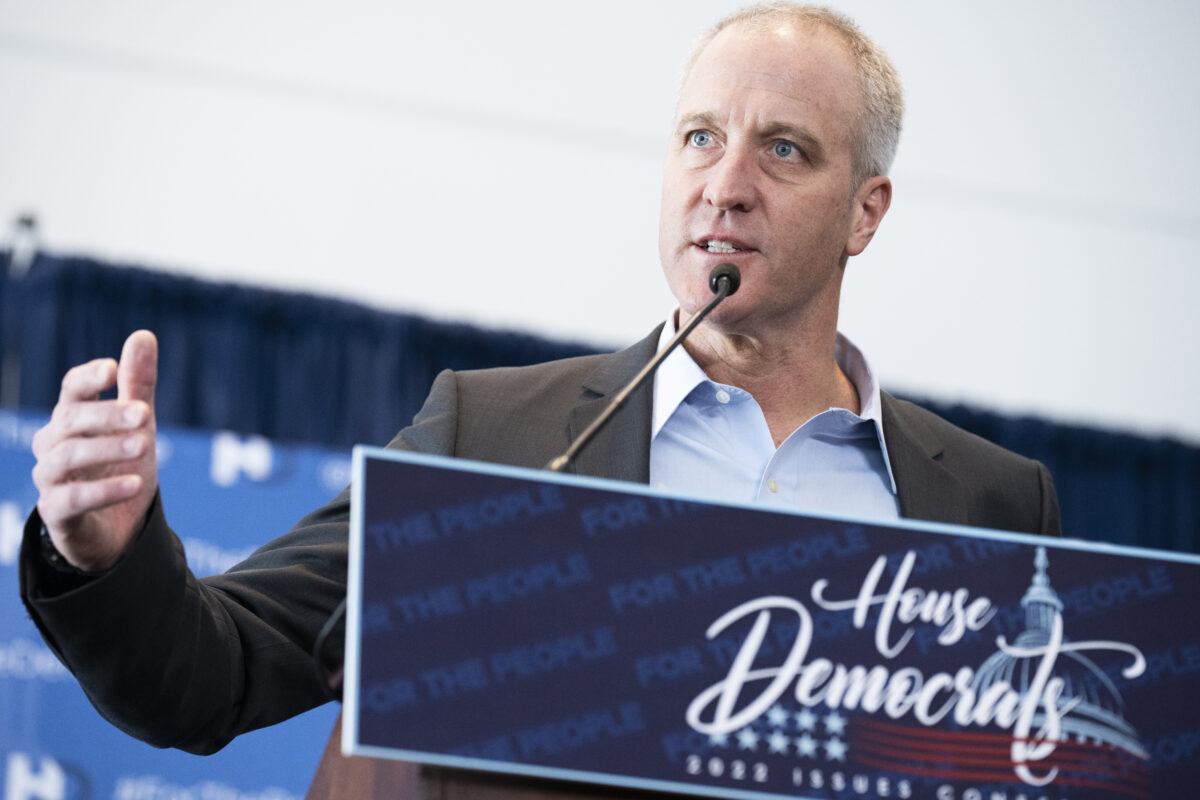 Democratic Majority for Israel’s political action committee is endorsing Rep. Sean Patrick Maloney (D-NY) as he seeks to fend off a primary challenge from his left in New York’s redrawn 17th Congressional District, which spans the Hudson Valley.

The announcement, shared exclusively with Jewish Insider on Monday, comes just weeks ahead of the Aug. 23 primary, where Maloney, a five-term incumbent who chairs the Democratic Congressional Campaign Committee, is competing against state Sen. Alessandra Biaggi, a progressive political scion now making her first bid for federal office.

Both candidates have, by varying degrees, occupied a mainstream Democratic lane on Middle East foreign policy, even as Biaggi has gained backing from some left-leaning lawmakers who have supported measures that are critical of Israel, most notably Rep. Alexandria Ocasio-Cortez (D-NY).

In a June interview with JI, however, Biaggi clarified that she disagrees with Ocasio-Cortez on such issues, while advocating for continued U.S. military aid to Israel as well as supplemental funding for its Iron Dome missile-defense system, among other policies DMFI supports.

A spokesperson for DMFI PAC, Jake McClory, had no comment on Biaggi’s positions or her recent endorsements, focusing instead on Maloney’s record. “We’re endorsing strong pro-Israel incumbent champions in Congress, including Congressman Maloney,” McClory told JI via email.

In an interview with JI last month, Maloney, who is a member of the House Intelligence Committee, argued in favor of increasing the $38 billion in U.S. aid to Israel guaranteed in a 10-year memorandum of understanding between the two countries signed during the Obama administration, citing what he described as the “the very real threats to Israel from the Iranian nuclear program and from terrorist groups.”

Maloney has also been endorsed by AIPAC’s political arm and the Jewish Democratic Council of America.

Recent polling from both campaigns has shown Maloney with a commanding lead over Biaggi, who had been running for a separate House seat before New York’s final congressional map drew her out of a district mostly covering Long Island.

The two-term state senator, who represents parts of the Bronx and Westchester, announced her campaign to unseat Maloney in mid-May, following his controversial decision to run in a neighboring district that had been held by freshman Rep. Mondaire Jones (D-NY), who is now vying for an open House seat in New York City.

The new 17th District includes Rockland County, which is home to the largest Jewish population per capita of any county in the U.S.

In a statement provided to JI on Monday, DMFI PAC said it is also throwing its support behind two other members of New York’s Democratic House delegation, including Reps. Adriano Espaillat (D-NY) and Hakeem Jeffries (D-NY), the chairman of the House Democratic caucus.

“The three candidates endorsed today are outstanding leaders for New York who have consistently demonstrated a steadfast commitment to our Democratic values,” said Mark Mellman, the chairman of DMFI PAC, “including strengthening the United States’ alliance with Israel.”

Espaillat and Jeffries are expected to prevail in their primaries.

“I am grateful for the support of DMFI PAC and look forward to continuing to advance the unbreakable U.S.-Israel bond for the good of the Middle East and the world,” Jeffries said in the statement.

According to McClory, DMFI PAC, which has invested significant resources in a number of recent primary battles, will be “spending on behalf of some of” the three candidates it is now backing in New York.

He declined to provide further details, however, regarding “how much or for whom.”

The pro-Israel group has yet to weigh in on two other high-profile New York races, including a hotly contested member-on-member primary between longtime Reps. Carolyn Maloney (D-NY) and Jerry Nadler (D-NY) in the newly created 12th Congressional District, which is situated entirely within Manhattan.

Both Nadler and Maloney have previously notched endorsements from DMFI. Suraj Patel, an attorney and former Obama administration staffer, is also running for the seat.

The other race is in New York’s redrawn 10th Congressional District, where a dozen Democratic contenders, including Jones, are jockeying for a rare open seat covering Lower Manhattan and parts of Brooklyn.

Among the leading candidates is state Assemblywoman Yuh-Line Niou, who drew criticism last month when she expressed support for the Boycott, Divestment and Sanctions movement against Israel.

“We have no plans to endorse in those races at the moment,” McClory told JI.