The one-stop shop where independent musicians build their careers 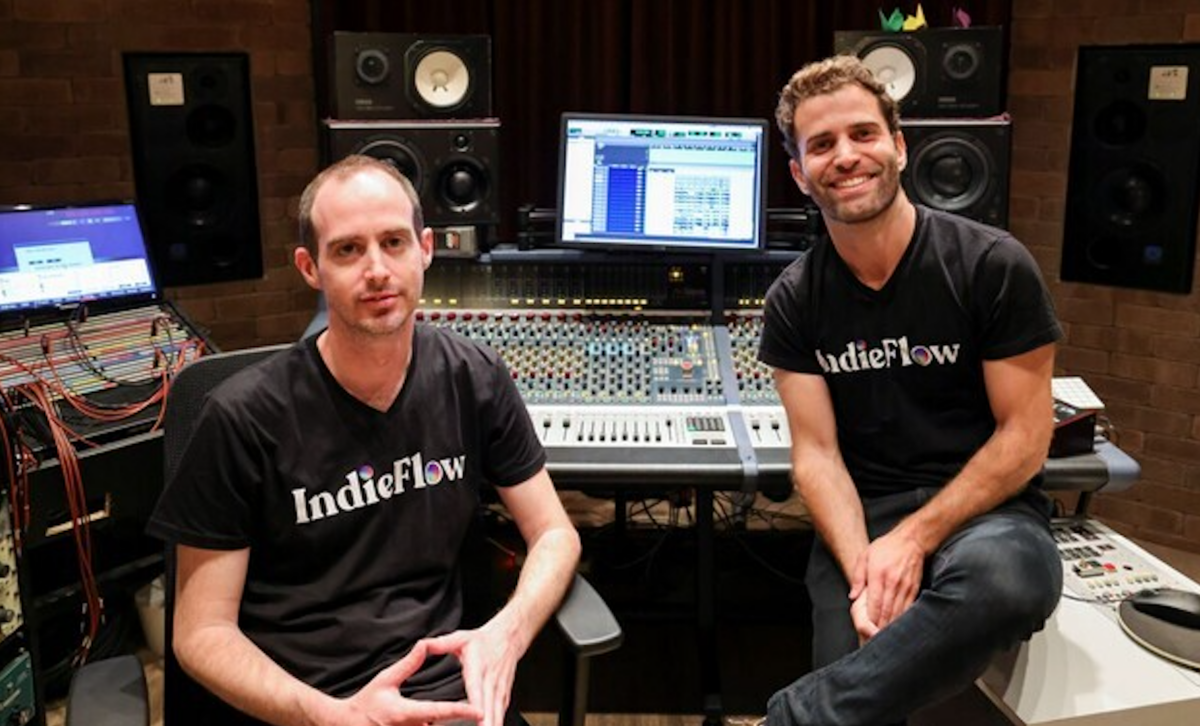 When Omer Matz, the CEO of IndieFlow, started writing and releasing music, he felt alone in the music industry. Without a record label to support him or a publicity team to promote his work, it would have been easier for Matz to give up. No one knew of the music he was working tirelessly to create or the streaming services he was posting his music on.

Matz may have felt like the lone wolf “howling at the moon” he describes in his debut 2018 song “Hold.”

It was the early struggles of feeling lost in the music industry that led Matz and his partner, Elad Pankovski, to launch the startup IndieFlow, a one-stop shop for artists to build and promote their careers with the help of a software that organizes everything needed to grow a musician’s brand.

Through IndieFlow, musicians can distribute their music, collect royalties, schedule promotions, connect with streaming services, track data, book venues, license their music and collaborate with other musicians without being part of a massive record label.

“The idea came from a personal need along with the previous experiences both Elad and I had,” Matz said.

Both Matz and Pankovski have long been involved in the creative arts. Matz studied music for film in both Tel Aviv and at the University of London’s Goldsmiths’ College while creating music of his own, and Panlovski studied film in Jerusalem, where he created a few films that streamed at international festivals.

But both men felt the need to influence a community broader than either had interacted with during school.

“After I finished my studies, I had this urge to have more impact on a range of people,” Pankovski said. “I was very interested in how the startup world could reach a mass audience in a very quick amount of time.”

Matz and Pankovski both got involved in the Tel Aviv startup community, meeting in 2012 at Splacer, a startup that Matz describes as the “Airbnb of events.”

Matz and Pankovski immediately clicked and began brainstorming ideas for startups of their own. Around this time, Matz released an album, where he experienced firsthand the challenges of being an independent musician.

“Being able to have everything centralized and giving artists a map of information that they can follow instead of looking for it in the jungle of chaos is something I wish I had,” Matz told JI.

After a few years of planning and brainstorming, the company launched in 2020, raising about $500,000 in its pre-seed round of funding before raising another $4 million in 2022.

Any artist can utilize what IndieFlow offers by registering for the platform where they will be given a “workspace.” Depending on what the artist wants to do, whether that be distributing music, creating branded content or booking gigs, the IndieFlow software will guide the user on how to achieve that goal.

“It’s kind of like having a map or checklist of things that a musician can follow, along with actionable stuff you can do right on the platform,” Matz said.

IndieFlow supports a wide variety of musicians, from beginners and emerging artists to more developed artists who want to be their own music manager.

Matz and Pankovski are excited to see how IndieFlow fits into the creator economy of the future.

“IndieFlow makes artists feel like they’re not alone in this world that you can a lot of times get lost in,” Matz said. “With IndieFlow you don’t feel that way because there is the platform that guides you and a community that gives you support.”