The former Navy intelligence officer calls for the ‘renouncing of terrorism and violence’ on the part of the Palestinians, while saying Israel must ‘embrace a shared capital in Jerusalem’ 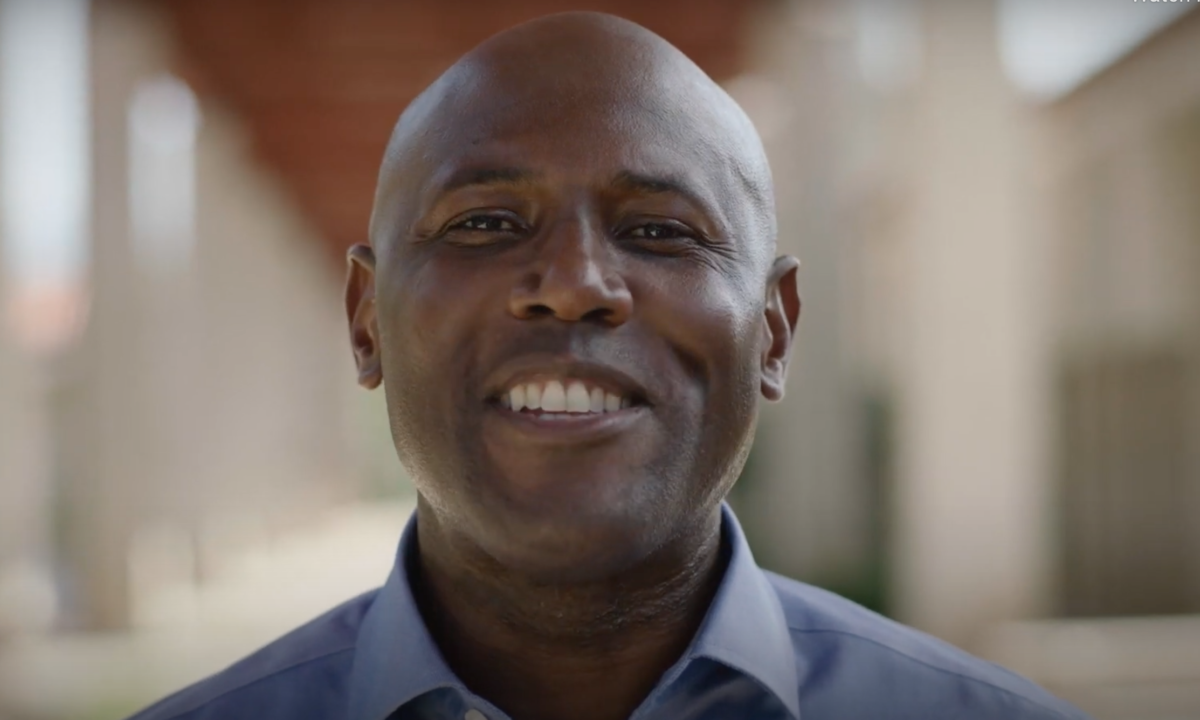 Quaye Quartey, a Democratic primary candidate challenging Rep. Mike Garcia (R-CA) in California’s 27th District today, emphasized his support for a two-state solution “that allows Israel to retain its character as a Jewish Democracy and for Palestine to build its own nation,” in a position paper recently obtained by Jewish Insider.

An agreement “must include Palestine acknowledging that Israel has the right to exist, and renouncing terrorism and violence,” Quartey continued. “And Israel must halt its illegal settlement activity in the West Bank and respect human rights, and embrace a shared capital in Jerusalem for both the Israelis and Palestinians under a two-state solution.”

Quartey, a former Navy intelligence officer, has been gaining traction in his first bid for public office, having posted strong fundraising numbers while notching endorsements from a range of high-profile California House members, including Reps. Katie Porter (D-CA), Eric Swalwell (D-CA) and Barbara Lee (D-CA). He has also earned a nod from the Congressional Black Caucus.

But his chief Democratic rival, Christy Smith, a former California state assemblywoman who is mounting her third challenge against Garcia, appears to have garnered more support from the national pro-Israel community.

Last week, Smith gained a last-minute endorsement from the political arm of Democratic Majority for Israel, whose president, Mark Mellman, said she had demonstrated her “willingness to fight for the Biden-Harris agenda, including a strong U.S.-Israel relationship.”

Garcia, for his part, is backed by a new PAC launched by the bipartisan pro-Israel lobbying group AIPAC.

The top two vote-getters in the hotly contested jungle primary will advance to the general election in November, which is rated a toss-up by the nonpartisan Cook Political Report.

In his position paper, Quartey frequently reiterated his support for Israel while noting that he will not hesitate to raise concerns over settlement activity that, he suggested, has hindered the prospects for a viable solution to the Israeli-Palestinian conflict.

“Ultimately, I believe Israel undeniably has a right to exist and to live in peace with its neighbors,” he said. “For nearly two centuries, Israel’s national security has been, and will remain, inextricably linked to Palestinian statehood. In Congress, I will never lose sight of this fact as I proactively voice my concerns with any actions that make a two-state solution harder to achieve, such as settlement expansion or annexation of parts of the West Bank.”

Quartey also argued in favor of promoting relations between Israel and the U.S., including through bilateral partnerships in the technology sector.

While he praised the “Israeli military’s distinguished history that has brought several new-age inventions to market for national security and private enterprise purposes,” Quartey made no mention of whether he supports supplemental funding for Israel’s Iron Dome missile-defense system.

In the paper reviewed by JI, he also did not detail his views on continued U.S. security assistance for Israel — a topic that is typically covered in most position papers.

His campaign did not respond to a request for comment from JI.

Elsewhere, Quartey touted his foreign policy experience, including an 18-month assignment in Bahrain during which he had focused on “Iran and its efforts to destabilize the Levant and Middle Eastern regions.”

“When in Congress, I will work to ensure that Iran never possesses nuclear weapons,” Quartey wrote. “I’m very supportive of the U.S. re-entering denuclearization talks with the Iranian regime, as the best way to prevent an Iranian nuclear bomb. However, I also believe that we must never surrender the ability to militarily strike Iran and its surrogates as a last resort if Tehran’s nuclear know-how presents an imminent threat to our allies in the Middle East.”