Ten books to read in May 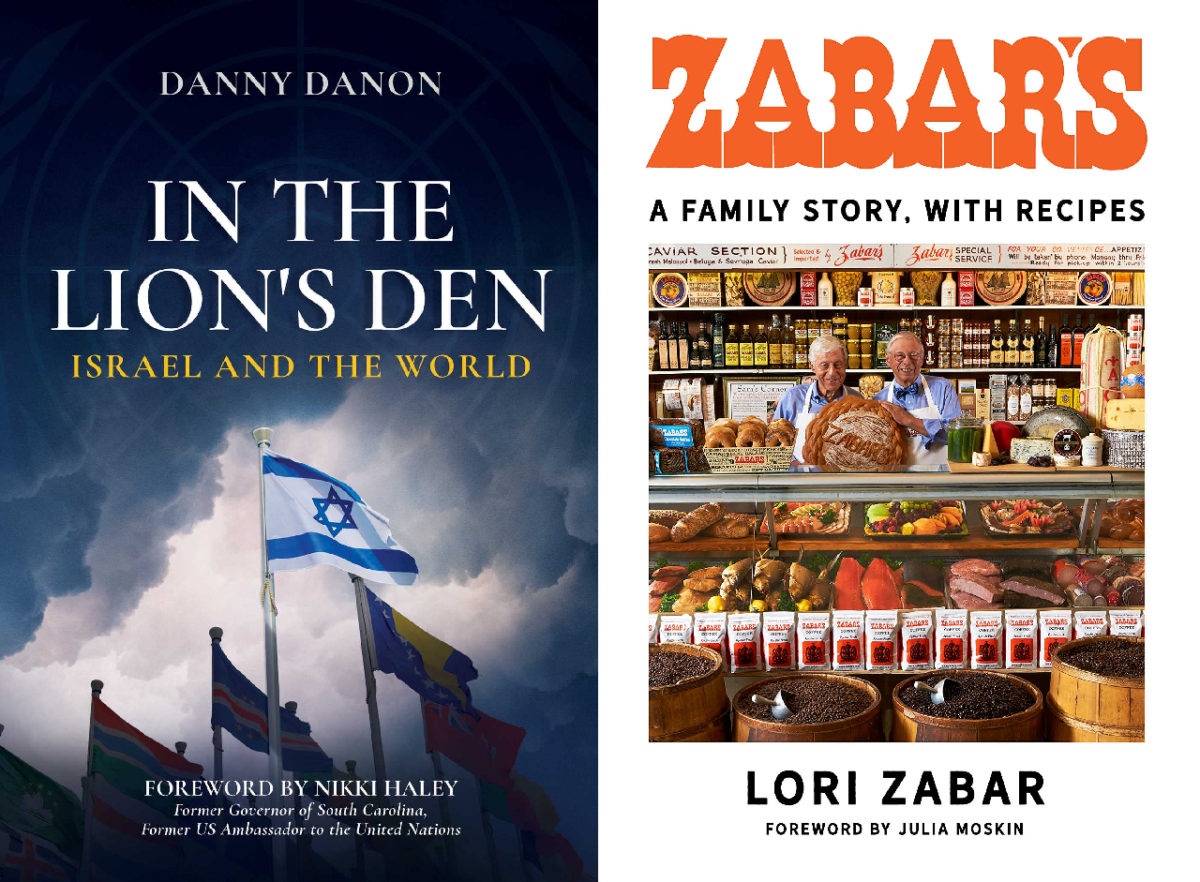 In this month’s installment of a series exploring new and upcoming books, the team at Jewish Insider previews top titles coming out in May:

Zabar’s: A Family Story, with Recipes, by Lori Zabar (May 3): The story of the Zabar family in America begins a century ago, when Louis Zabar escaped Ukraine for New York City, where he and his wife began selling smoked fish at a dairy counter on Manhattan’s Upper West Side. Louis’ granddaughter takes readers through the history of both the family and delicatessen in this tribute to a New York institution.

This Will Not Pass: Trump, Biden, and the Battle for America’s Future, by Jonathan Martin and Alexander Burns (May 3): Through hundreds of interviews and never-released recordings and documents, The New York Times reporters provide a comprehensive look at the 2020 election and the first year of the Biden administration.

Smahtguy: The Life and Times of Barney Frank, by Eric Orner (May 3): Orner, a comic strip illustrator, focuses his first graphic novel on a subject he knew much about: his former boss, the longtime Massachusetts legislator and one of the first openly gay members of Congress.

Unknown Past: Layla Murad, the Jewish-Muslim Star of Egypt, by Hanan Hammad (May 10): Hammad’s biography of the Egyptian megastar, born Lilian Zaki Murad Mordechai to a Jewish family in Cairo, follows Murad’s childhood through the singer and actresses’ rise to prominence as one of the country’s top performers before retiring at age 38.

Overcoming Trumpery: How to Restore Ethics, the Rule of Law, and Democracy, by Norm Eisen (May 10): The former U.S. ambassador to the Czech Republic looks at the issues currently plaguing modern politics, and offers suggestions as to how to address the weaknesses within the U.S. political system.

In the Lion’s Den: Israel and the World, by Danny Danon (May 17): Part memoir, part look to the future, Danon’s book, with a foreword by former U.S. Ambassador to the U.N. Nikki Haley, traces the Israeli diplomat’s career path to Turtle Bay and gives insight into his vision for Israel’s future.

Lily’s Promise: Holding On to Hope Through Auschwitz and Beyond―A Story for All Generations, by Lily Ebert (May 22): The 98-year-old Holocaust survivor promised herself — while a prisoner at Auschwitz — that she would survive the concentration camp and tell her story to the world. Ebert wrote her memoir during the COVID-19 pandemic, during which time she, with the help of her great-grandson, became a TikTok sensation, sharing her story with Gen-Z social media users.

A Visit to Moscow, by Anna Olswanger and Yevgenia Nayberg (May 24): In a graphic novel, Olswanger tells the true story of Rabbi Rafael Grossman, an American who traveled behind the Iron Curtain with a delegation of rabbis in 1965, at one point abandoning the group to seek out those who can attest to the KGB’s targeting of Jews.

Secret City: The Hidden History of Gay Washington, by James Kirchick (May 31): In his second book, Kirchick chronicles how homosexuality influenced and impacted presidential administrations and U.S. policy going back to FDR.