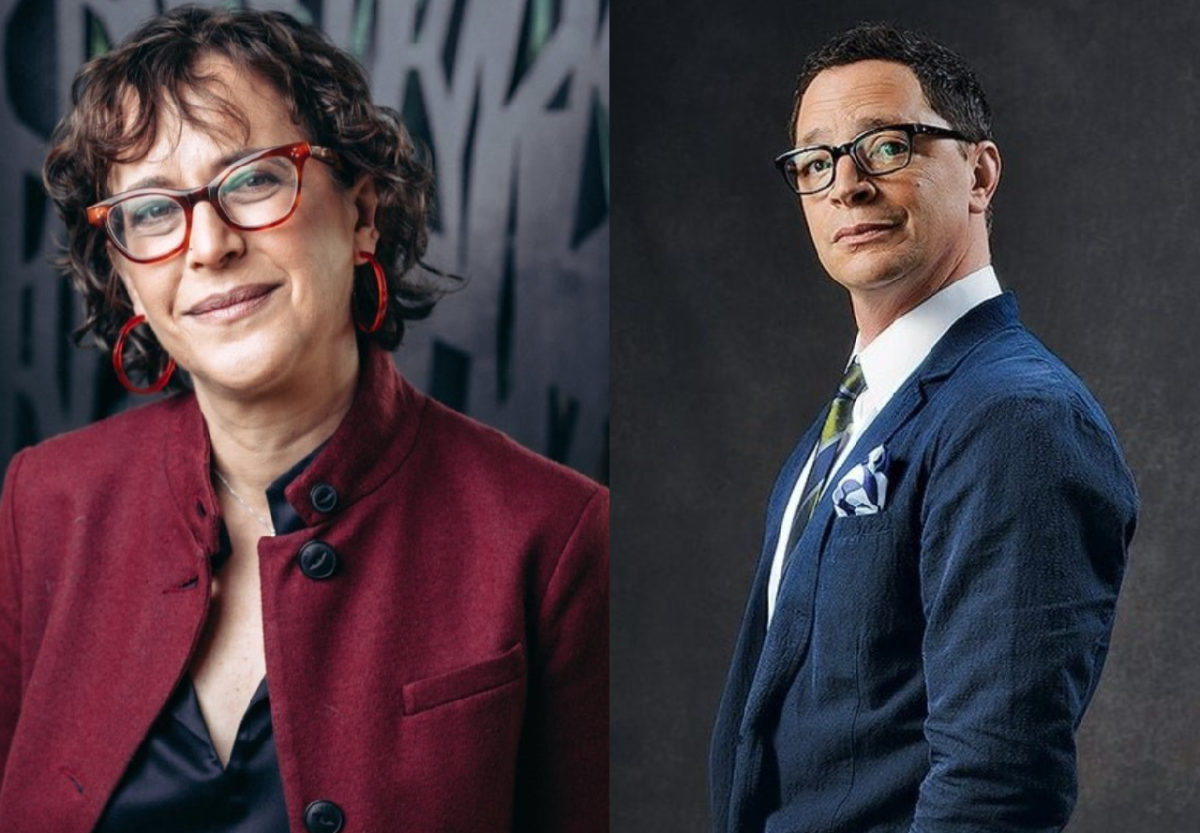 Amid a growing discussion about antisemitism in Hollywood, actor Joshua Malina and Rabbi Shira Stutman, co-hosts of the new “Chutzpod” podcast, joined the most recent episode of Jewish Insider’s “Limited Liability Podcast.”

Days after controversial comments made by “The View” co-host Whoopi Goldberg about race and the Holocaust, Stutman and Malina directed their attention toward antisemitism in the media.

“Sometimes we say incorrect things and so what’s most important is what we do afterwards. And she actually was trying to do teshuva [repentance],” Stutman, who was the rabbi of the Sixth and I synagogue in Washington, D.C. for eleven years, said, disagreeing with the decision by ABC to suspend Goldberg for two weeks. “I do not know or have any reason to think she was an antisemite before this whole thing went down. But, my God, if she’s not an antisemite now, God bless that woman.”

“I don’t think the suspension is helpful,” Malina added. “I think we have to be careful about what we call antisemitism, because there is so much antisemitism, and we undercut what we’re fighting for if we see it everywhere. There’s a big difference between ignorance and antisemitism.”

Both Malina and Stutman emphasized that Goldberg appeared to show contrition in the days following her remarks. The day after her comments aired, the show invited Anti-Defamation League CEO Jonathan Greenblatt to speak about antisemitism. “If we kept her on the air, maybe she could talk even more about what she’s learning,” Malina said, adding, “if people were suspended for ignorance all the time, I’d be on permanent suspension.”

The “West Wing” star contrasted the controversy around Goldberg’s comments with that of actor and filmmaker Mel Gibson — whom Goldberg has defended in the past — who faced an informal, yearslong banishment from Hollywood following a series of antisemitic remarks. In December, Malina wrote a widely shared article in The Atlantic arguing against Gibson’s comeback into the mainstream.

Speaking to podcast host Jarrod Bernstein, Malina acknowledged that in situations like Gibson’s, “Jews often get lost in the mix” of competing interests. “Sadly, the bottom line in Hollywood tends to be money. And if somebody is worth money at the box office — and apparently Mel Gibson still is — then they’re going to get more opportunities than somebody who doesn’t bring people to theaters.”