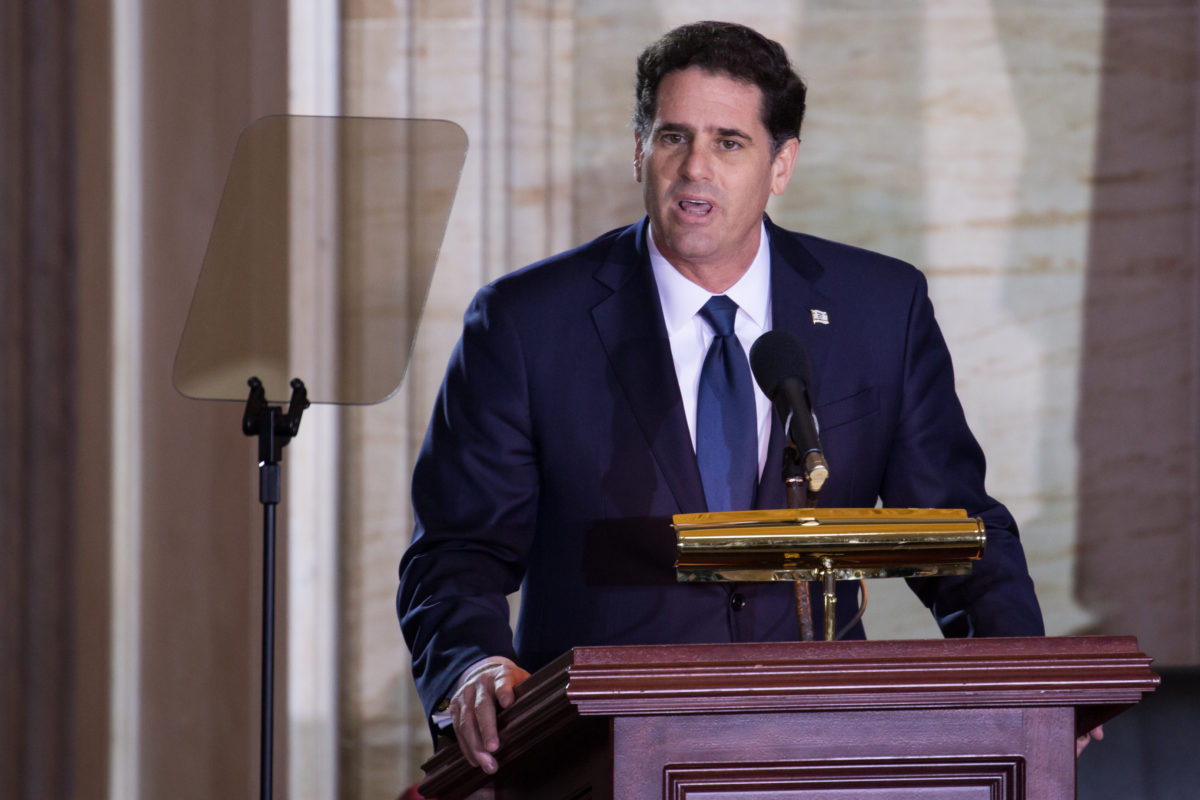 Ron Dermer, Israel's then-ambassador to the U.S., speaks at the U.S. Holocaust Memorial Museums annual Days of Remembrance ceremony in the Rotunda of the U.S. Capitol, on Tuesday, April 25, 2017.

Former Israeli Ambassador to the U.S. Ron Dermer clarified comments he made in an interview last month about evangelical Christian support for Israel, during the second half of a conversation with “Limited Liability Podcast” co-hosts Richard Goldberg and Jarrod Bernstein. At the time of his comments, the former ambassador received criticism for calling evangelicals “the backbone of Israel’s support in the United States,” with some suggesting he had dismissed American Jewish support.

Dermer added that given the size of the evangelical population in the United States compared to the Jewish population — more than 30 percent versus roughly 2 percent — Israel should seek to encourage and engage the evangelical community. “Israel is one of the most important issues for many of them, and because their support is unequivocal,” he argued.

In the same May interview with Makor Rishon, Dermer claimed American Jews are “disproportionately among [Israel’s] critics.” But the former ambassador took a more diplomatic stance in the podcast, telling Goldberg and Bernstein “some of Israel’s greatest champions are Jewish Americans, but you also have some of our fiercest critics. That’s something you tend to not see among evangelicals.”

“I think we have to invest a lot more time in doing outreach to evangelicals, educate them about the issues, because you have [30]% of people who strongly support you. And that may not be the case, 50 years from now, or 100 years from now,” Dermer added, “That’s essentially what I said [in the interview], this is just the longer version.”