The move, which faced immediate GOP backlash, comes on the heels of a bipartisan effort to crack down on UNRWA education materials 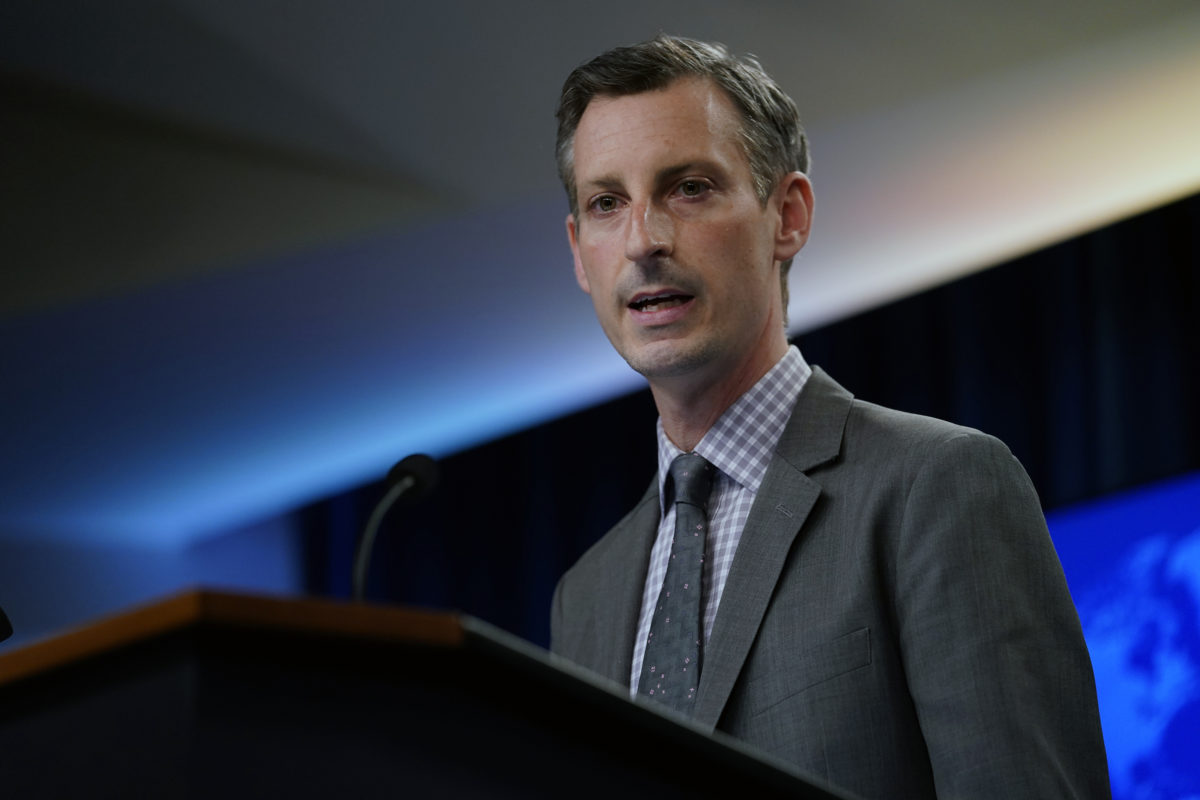 Wednesday’s announcement follows a series of quiet steps taken by the administration in recent weeks to restore aid to Palestinians living in the West Bank and Gaza.

Approximately $150 million of the total aid will be distributed by the United Nations Relief and Works Agency for Palestine Refugees in the Near East (UNRWA), the U.N. agency tasked with dealing with Palestinian refugees. UNRWA has drawn criticism numerous times in recent months for distributing learning materials to Palestinian students that glorified militants and promoted violence against Israelis. 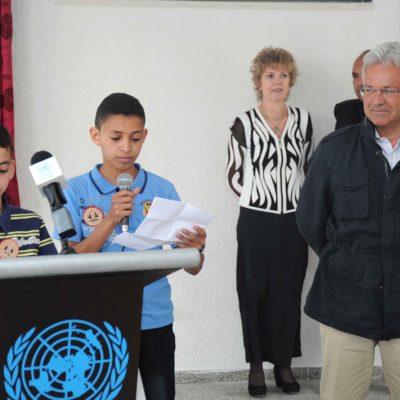 Israeli Ambassador to the U.S. Gilad Erdan promptly criticized the administration for restoring aid to UNRWA, which he said “should not exist in its current form.”

“In conversations with the U.S. State Department, I have expressed my disappointment and objection to the decision to renew UNRWA’s funding without first ensuring that certain reforms, including stopping the incitement and removing antisemitic content from its educational curriculum are carried out,” Erdan said.

State Department spokesman Ned Price said at his Wednesday press briefing that reinstating aid to UNRWA puts the U.S. in a better position to address issues including the organization’s neutrality, accountability and approach to education.

“By resuming this assistance today… we have a seat at the table. We can help drive UNRWA in the ways that we think it is in our interest and consistent with our values to do. Obviously, there are areas where we would like to see reform,” Price said. “We will continue to be in a position, an even greater position to drive and to steer UNRWA in a direction that we think is productive and useful with this step today.”

Republican opposition on Capitol Hill to the administration’s announcement was also swift. Sen. Lindsey Graham (R-SC) accused the administration of “support of pay to slay,” referencing the Palestinian Authority’s payments to the families of individuals who have carried out terror attacks on Israelis. Graham was an original cosponsor of the Taylor Force Act, which bans U.S. aid to the PA until it halts such payments.

“I am deeply troubled by recent decisions from the Biden administration to turn a blind eye to behavior by the Palestinian Authority,” Graham said in a statement. “Recent decisions by the State Department to provide funding for projects in the West Bank come close to violating the provisions of the Taylor Force Act… A willingness to make concessions to the Palestinians without demanding anything in return is deeply troubling and should worry us all.”

Price insisted Wednesday the aid is “absolutely consistent” with U.S. law, adding that the U.S. had consulted with both members of Congress and regional stakeholders before the announcement.

Sen. Jim Risch (R-ID), the ranking member of the Senate Foreign Relations Committee and another original cosponsor of the Taylor Force Act, issued a joint statement denouncing the decision with Rep. Michael McCaul (R-TX), the ranking member of the House Foreign Affairs Committee. The two Republicans argued that Biden should have secured concessions from the Palestinian Authority and UNRWA before providing aid.

“The Biden administration should use all available leverage to secure behavior changes from the Palestinian Authority, including ending terror payments,” Risch and McCaul said. “We will continue to scrutinize every proposed program to ensure the administration’s actions are in lockstep with the Taylor Force Act.”

Rep. Lee Zeldin (R-NY), an original cosponsor of Taylor Force in the House, similarly criticized the administration for failing to address the issue of payments to terrorists in its announcement. Sen. Ted Cruz (R-TX) is currently circulating a letter among Senate Republicans calling on Biden to put the aid on hold, citing concerns that it violates Taylor Force and other U.S. laws, the Associated Press reported Wednesday.

The administration’s move also comes amid renewed action on Capitol Hill to crack down on UNRWA- and PA-sponsored education programs. A bipartisan group of House members led by Rep. Brad Sherman (D-CA) reintroduced legislation on Monday mandating State Department reports on the content of curricula distributed to children in the Palestinian territories.

Ilan Goldenberg, a senior fellow and director of the Middle East Security Program at the Center for a New American Security, suggested that the administration and UNRWA “will be negotiating an understanding of the terms of their relationship” that includes “incitement and antisemitism in UNRWA schools.” Goldenberg added that withdrawing all aid “got [the U.S.] no influence or real change.”

A group of Jewish organizations, including Hadassah, the Anti-Defamation League, B’nai B’rith, the Orthodox Union, the Zionist Organization of America and Christians United for Israel began calling on members of Congress to sign a letter to the U.N. secretary general calling for increased transparency and accountability over UNRWA curricula on Wednesday afternoon, shortly after the administration’s announcement.